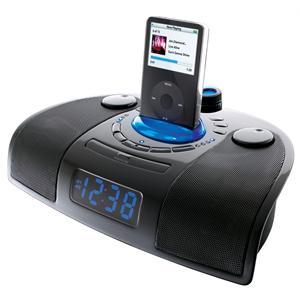 iSoundSpa represents the next evolution of iPod docks, that is, the unholy combination of an iPod dock and an alarm clock. Yes, it will charge your iPod while it’s plugged in. Yes, it has a built-in radio. No, it won’t dismantle the Taliban. It does, however, have six “soothing” nature songs that you can wake yourself up to, including “ocean” and “night.” Since when does “night” have a sound?

The iSoundSpa carries an $80 price tag. If you don’t already own a dock yet, pat yourself on the back. Though it does make waking up to whatever esoteric bands you listen to much easier.