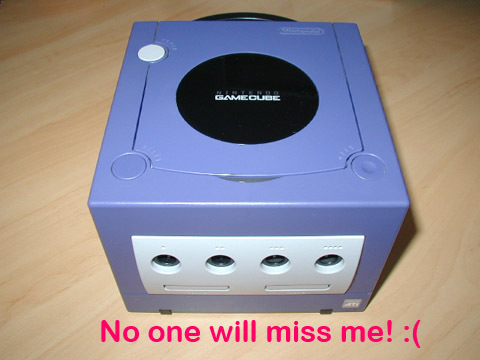 Ohhhh snap! According to an interview that was done with GameDaily, Nintendo’s Perrin Kaplan has confirmed that the GameCube is no more. Kaplan says that Nintendo will not be producing anymore GameCube games or systems, but if people want to still waste their cash purchase them, “the inventory is there.”

Big deal? Nah. By the time the GameCube is finished, all titles will be playable on the Wii – which is already having its 2nd-rendition developed. Besides, can you honestly say that the GameCube was a “killer” system? Didn’t think so.