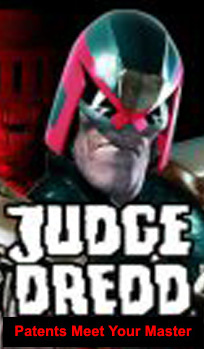 The House of Representatives approved a bill to encourage enhancement of expertise in patent cases among district judges. The result could lead to faster resolutions for patent disputes, fewer appeals and less costly litigation, and hopefully — less expensive gear.

The bill, introduced by Reps. Darrell Issa (R-Calif.) and Adam Schiff (D-Calif.), proposes establishing a group of specialized judges in the federal district courts. Current judges could request to be a specialized patent judge and would receive additional training on the intricacies of patent law. Patent litigation cases would continue to be randomly assigned to all judges. However, a judge who is not a specialized patent judge would have the option to have the case reassigned to a judge who specializes in patent disputes.

Currently, judges hear cases as they come, and judges unfamiliar with patent law and the technology being disputed oftentimes must decide on very technical issues. Take for example the Fenner vs. Microsoft, Nintendo, and Sony patent dispute (details on the court filing here). The district court judge must preside over technical issues related to the use of a low-voltage circuit design for vibration in gaming handsets. Maybe not that hard for a techie, but perhaps not that easy for a district judge with a limited technology background.

With big money at stake in most patent disputes, its likely that any case perceived to be mishandled by a judge with limited patent case experience is destined for appeal. Costly litigation, higher royalties or more expensive designs to design around a patent leads to more expensive stuff for you, the consumer. Presumably, experienced and knowledgeable judges in patent law should decide cases in a consistent manner making those cases less likely to be overturned on appeal and, therefore, less likely to be appealed in the first place.

As Representative Shiff stated, “This legislation will raise the level of expertise in patent litigation, improve the reliability of patents, and allow businesses to spend more time inventing and less time litigating,” and could “reduce the cost to consumers of everything from promising new medicines to the latest cell phones.” Very promising, though, we doubt it’s going to make the iPhone any cheaper, sorry.

This bill is not aimed at and will likely have no bearing on the quality of patents issued by the US Patent and Trademark Office, but the bill should improve the reliability of the decisions of district courts judges.

We will have to wait and see if the bill is approved and if it lowers the cost of stuff we’d like to buy, like the PS3 with Blu-ray DVD player.