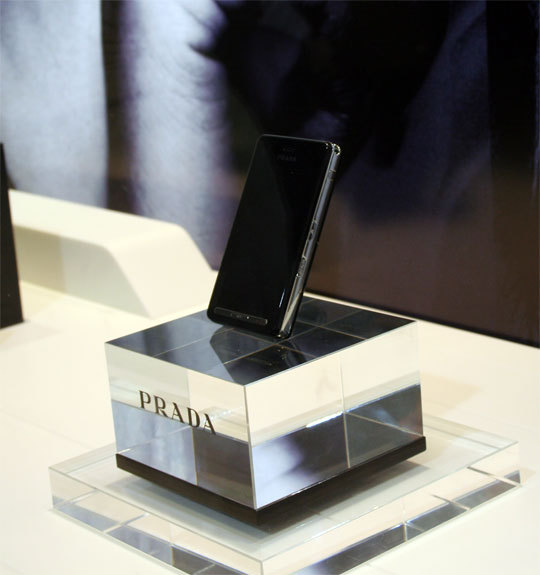 There she is, friends. Hidden behind glass, guarded by beautiful women, ensconced in a leather box. I’m not sure which pre-libidinal fantasy they’re trying to inspire, but it certainly looks like something mommy doesn’t want us to touch.

I was underwhelmed. It’s quite thin, that’s a fact, but it doesn’t look any sexier than — say — the Shine. That doesn’t matter, though, because we probably won’t see it in any of the traditional places we buy phones. Peons like us won’t be able to afford it. 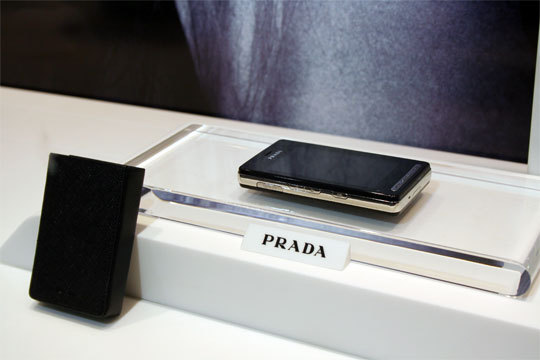 So thin! Yet so many accessories! 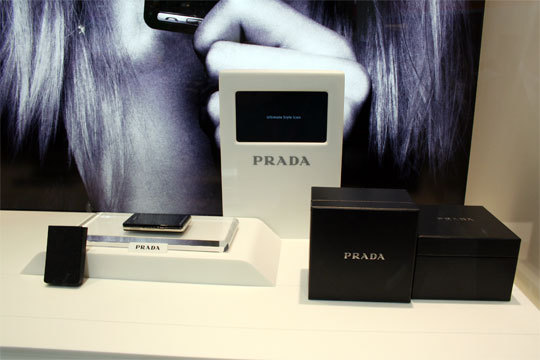 Step Two… Put your phone in a box.