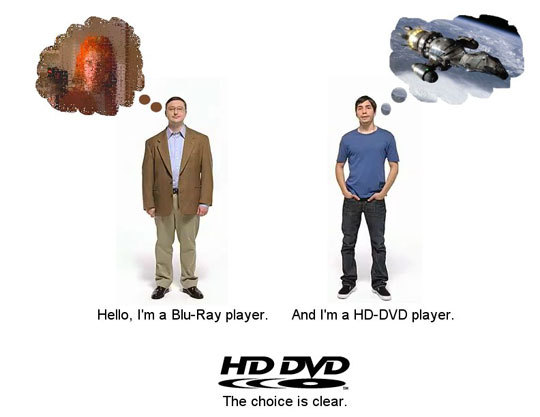 Wayde Robson does these Ze Frank-esque videos on tech topics and this one is a doozy. It’s a wind-eyed rant against Blu-Ray involving beer, pee, and the idea the HD-DVD is a better format.

He definitely has some good points — Sony made the format to support studios, not consumers — but you can say that about anything throughout history including the gramophone, the Super 8 camera, and the LaserDisc. Only now it actually effects us in the 21st century, which means we’ll have to deal with the gloating winner for at least 10 years until the next generation of HD video display comes out.

Blu-ray and Sony – Does the Consumer Win? [Gizmocafe]