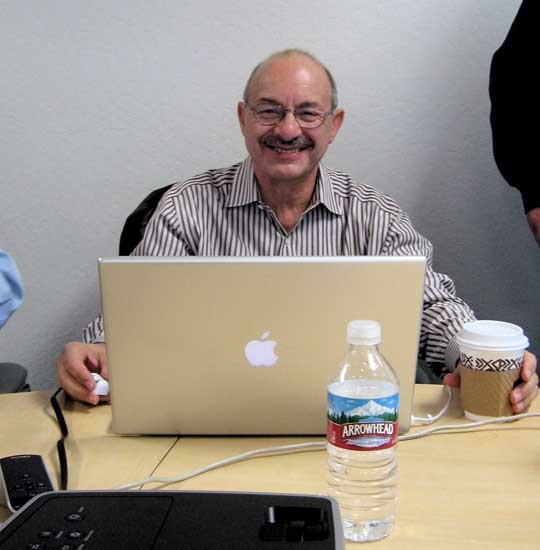 I stumbled across this Flickr pic earlier and thought that it was worth mentioning. It shows Intel co-founder Les Vadasz using a Mac.

This in itself isn’t so exciting since Intel is now inside all new Macs. But the conversation that took place when the picture was taken is of some interest.

Steve Jurston, industry shaker and the guy behind the camera, writes:

I had to ask, with a bit of a snicker: “So, did you finally get to buy the computer you’ve always dreamed of having, now that there’s Intel inside?”

Were we always doomed to fall within the clutches of Apple?