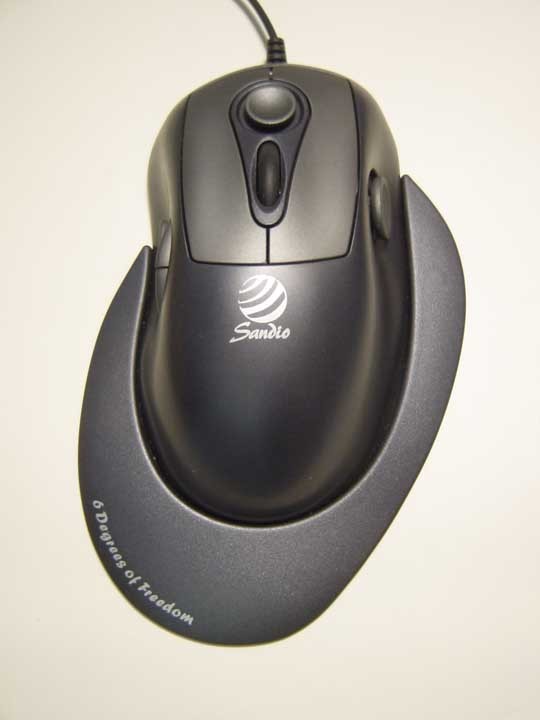 The laser mouse features resolutions up to 2000 dpi and it sounds a voice as the dpi changes. The key to this device though is its independent 3D 6DOF command generation.

The 3D 6DOF technology allows users extra 3D controls right on the mouse. So for instance, in Google Earth, one could manipulate the camera. In a first-person shooter, however, the pad could be used for movement controls like forward, backward, sideways, jump, crouch, pitch, yaw and roll, all without using a keyboard.

Having played Quake competitively for many years, I could get behind an idea like this easier than some fancy new controller. I knew a few players who had movements like jump and walk bound to their mice. It’d be efficient to have a pad specifically for movement.