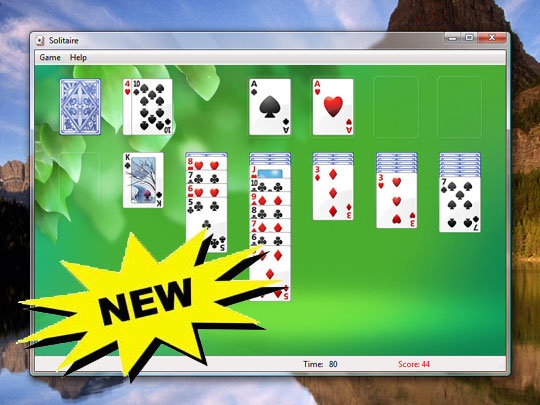 Old school computers gamers can tell you of the time when the best games were actually developed for the PC. This was long after the crash of 1983 when the first great consoles including the Atari 2600 and Intellivision systems died out, and even after the heyday of those classic Commodore 64 games. In the early 1990s the best games were on the PC with titles that included the original Civilization, Railroad Tycoon, SimCity, Doom, Dune II and Castles. While the shooters and strategy titles were still rough around the edges, console gamers were stuck with side-scrolling Mario and Sonic.

The games for the PC in 1993 may have been awesome but it is generally agreed that the operating system sucked. DOS meant that you had to worry about port numbers, IRQ settings and basically had to hope you could get the sound to work. That all changed with the arrival of Windows 95, which truly turned the PC into an easy to use gaming machine. However, somewhere along the way the consoles caught up, and in many cases surpasses the old PC titles. Today the best shooters, such as Gears of War are on the Xbox 360. But don’t rule out the PC yet.

First, Microsoft went and rebranded PC entertainment with the launch last year of Games For Windows. And next week the newest version of Windows arrives in the form of Windows Vista. Most of the features, including 3D animation with the interface and more folders aren’t floating our boat, but for gaming this could be the start of something big. Here are 10 reasons why gaming on Vista is going to be hot:

1. Hardware compatibility with Xbox 360 controllers. If you’re one of those guys who really prefers the controller over a mouse and keyboard you’ll be able to plug and play with the 360 controller
2. Wireless dongle on the way. OK the 360 let’s you go wireless with your controllers, but so will the PC with an adapter set to arrive in February, which will work with controller, headset and even the steering wheel
3. Cross platform gaming. The first wave of titles isn’t that strong but it is a start. You’ll be able to play cross platform (Xbox 360 and PC) with Uno and Shadowrun. It is fair to ask if you really want to play Uno in the first place. Maybe not, but you can and that’s good enough for us
4. Communication cross platform. Through the Live service you can chat with friends while they’re online on a PC or Xbox 360, and this includes text and voice! With this who needs long distance phone service?
5. The new game folder will let you see game ratings. This might not sound like a big deal, but anything that lets parents see ratings and gives them the choice is a good thing
6. Launch directly from saved games. Microsoft will give game developers the option of letting a game be launched directly from the saved game folder. No reason to start up Half Life 2 and then load the saved game. This could let you do it in one click
7. Parental controls. Not a big deal if you’re a gamer without kids, but everyone says that the decisions should be left to the parents, and Vista will let parents set time limits, and even block specific games, either individually or by content
8. DirectX 10. With the arrival of the Xbox 360 and PS3 games on the PC looked a bit last millennium, but check out a screen shot of Crysis or Shadowrun and you’ll change your mind!
9. Improved multiplayer functionality. Try setting up a multiplayer game with Windows XP where you have three gamers on your LAN and four connecting from various other locations. It can work seamlessly one day, and not at all the next. Vista should help make this better
10. One ID for all games. Try finding which server of Battlefield 2 your buddies are on now. Soon you’ll be able to not only find them, but chat while you’re connecting. Gaming as it always should have been

And since we’re not shills for Microsoft, we have a few concerns too:

1. What’s with the freaking folders. I like my shortcuts on the desktop, putting things in folders just means it is going to get misplaced. No thank you
2. System specs. OK, so most of my PCs aren’t going to able run Vista. No wonder the likes of Dell and Gateway are excited. Everyone has to upgrade their PCs yet again
3. Compatibility. We’re hearing that most older games should still be compatible. We’ll believe that when we’re actually playing them
4. Xbox 360 is a PC. Didn’t Microsoft say for years that the Xbox and later the Xbox 360 weren’t PCs. Sure doesn’t seem that way with the way LIVE is going
5. Xbox 360 is not a PC. Maybe it isn’t a PC after all. I can use my Xbox 360 controller on the PC, but I can’t use my mouse and keyboard to play Gears of War!