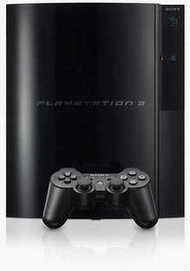 With the PS3 being the most expensive console out there right now, consumers are probably holding out for a price cut of some sort to make that $600 investment a little more manageable. Hopefully they’re not holding their breath though. SCEA CEO Jack Tretton gives a big, fat “NO.” to those asking if the PS3’s price will drop as quickly as the PS2’s. Apparently, between R&D and the cost per unit, dropping the price just isn’t an option for Sony right now.

“I think the consumers that get their hands on a PlayStation 3 clearly see the value and not only want to buy one for $599, in some instances they’re willing to pay ridiculous prices to buy one on eBay.”

Very true. Plus, just think about how much a standalone Blu-Ray player would set you back. Now that PS3 seems like a bargain, right?