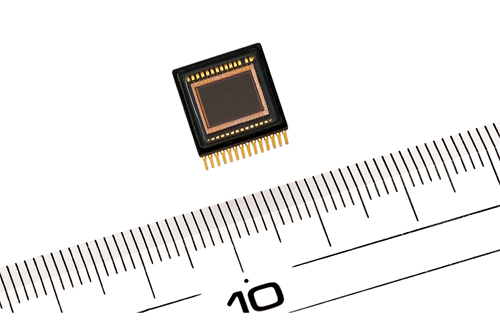 Sharp has announced that it now has an 8.28-megapixel senor measuring just 1/2.5-inches. That rings in at just 60-percent of the size of Sharp’s previous, tiny CCDs.

The new sensors will likely be built into ultra-slim cameras and possibly (based completely on my irrelevant assertion) cell phones. Sharp will begin shipping samples of the CCD to manufacturers next week, but it won’t be put into mass production until April.

And with that, I’m off to watch the Saints play the Bears in the frigid, freezing snow of Chicago. Anyone else watching the game today? Who are you cheering for? It better be the Saints!