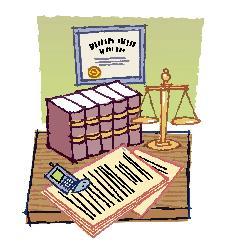 Mmmm… that’s good legalese! Mad4MobilePhones interviewed Eric Ramage of Alexander Ramage Associates on the legality of Ciscos suit against Apple. The gist is basically that Cisco will probably get a nice fat settlement, but the various tricks and tactics used by Apple, including creating a rumored front company called Ocean Telecom in Trinidad and Tobago, smack of bad John Grisham fiction.

The nut of it?

A compromise settlement of some kind.

As I have said, if Cisco’s Section 8 affidavit is valid Apple cannot win in the US, therefore the pressure is on them to do a deal. However, even if Cisco’s Section 8 affidavit is valid, Cisco will not be able to operate outside the US where Apple have already registered the iPhone name as their trademark, therefore if they want to operate outside the US they must do a deal.

On the other hand, Cisco has now committed to rebranding their LINKSYS CIT phones as iPhone, but even if their Section 8 affidavit is not valid they can contest Ocean Telecom’s right to the name. They might not want to do so, but can Apple afford to take that risk, or will they prefer to do a deal?