Now that we’ve all taken in the excitement of the new iPhone, it’s time to take a look at other innovative things going on at MacWorld 2007. The ModBook is an after-market mod kit for your Apple MacBook. The hardware mod kit allows you to convert your MacBook into a tablet computer. The ModBook is marketed toward students, professionals and artists who prefer to draw and write directly on screen rather than using a mouse and keyboard. Every move you make with the pen will automatically be recognized by OS X Tiger, giving you ultimate control in apps like Photoshop. Pretty interesting, yeah? You also have the option of turning on a built-in GPS when you purchase a ModBook.

The display screen also features an anti-reflective coating to give you an overall brighter image. Axiotron also states that the LCD has been acid treated to give a smooth, paper-like writing sensation to users. Honestly, the tablet takes a little bit getting used to, but after you play with it for a few minutes, there aren’t many flaws. The biggest problem I had was with trying to tap on the little icons in Photoshop, which isn’t really a big problem. There’s no pricing or release date yet, so stay tuned. More pictures after the jump.

Personally, I think the tablet is a little on the bulky side. Anyone out there agree? 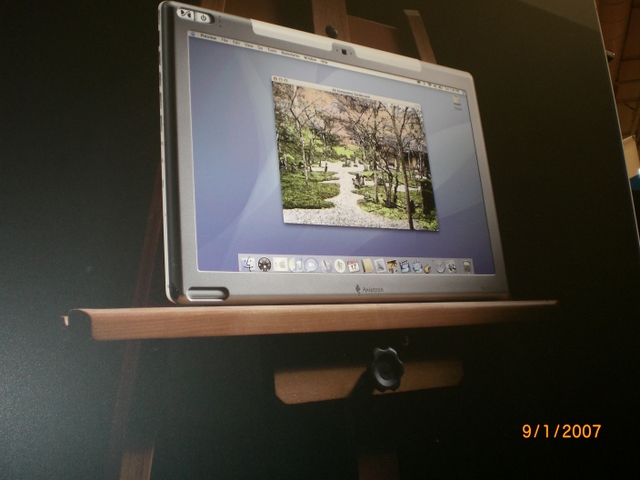 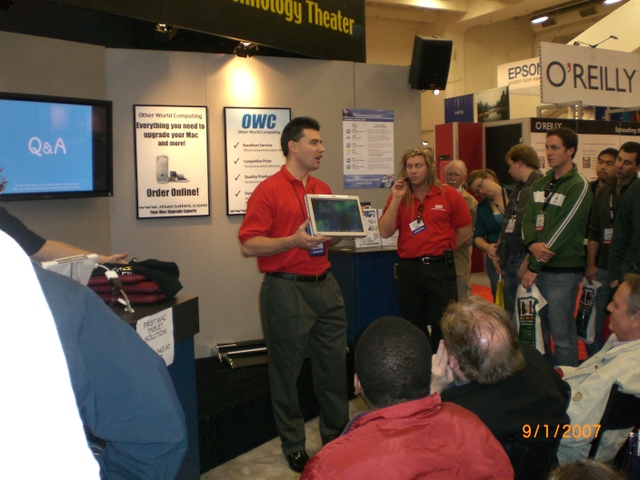