AOL announced Openride today, a new Internet Explorer based browser. Openride is available only on Windows machines (and does not work with Vista). Openride gives users access to the Internet, as well as email, IM and locally stored audio, video and photo content, all within a single application.

While we note some innovative features, the fact that AOL has recently proved to be more than unreliable in protecting its users’ data leads us to strongly recommend users think twice before using this product and giving AOL access to yet more private data.

In addition to now-standard features like tabbed browsing, Openride incorporates email, instant messaging and a media player directly into a “revolutionary quad-pane interface” (meaning it has four windows). Each pane resizes depending on what you are doing. Click on the email pane and it grows and moves to the center, for example. Users can also resize panes manually, using a tool they call the “Dynasizer.” Despite the questionable name, the ability to drag a dot in the middle of the screen and resize windows is efficient. Having this on the desktop would be welcome.

The email tool is useful and allows user to add access to non-AOL accounts. IM is less useful as it only supports AIM. The media center indexes audio, video and picture files on your hard drive for consumption on the Openride video player.

In our testing throughout the day Openride crashed repeatedly, particularly when trying to play video. We also noticed (as did others) that the installation included AOL Desktop Search (which indexes your hard drive), without our knowledge or consent. Finally, we would have liked a confirmation window before Openride auto-indexed audio, video and photo content on the hard drive.

A small nit that we noticed as well is that the email feature is effectively webmail, even though this is a desktop client. Users must be online in order to access emails, even those already downloaded into the inbox.

Given AOL’s more than shaky recent history in handling private user information, the last thing we want to see is users giving access to more data to AOL. This software will access non-AOL email information, and data stored on the user’s hard drive. That is unacceptable in our opinion.

In fact, we were reluctant to install this even for testing purposes. Those of us on Windows machines (not me thankfully) flipped a coin to see who had to install this on their computer and test it. Our Analyst, Nick Gonzalez, lost the toss and cursed as he had to deal with the dozens of system crashes it caused and is still trying to uninstall the last pieces of the software from his computer. If you insist on trying this for yourself, we recommend waiting until a more stable release, and reading the terms and conditions carefully before agreeing. 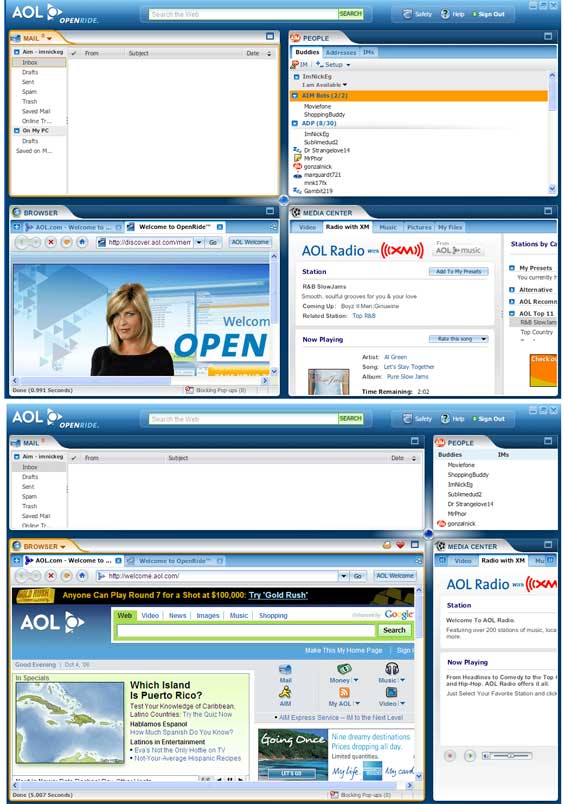