Every year TechCrunch Disrupt New York hosts dozens of brand partners who showcase their most impressive innovations to the tech community. But this year, one brand’s Disrupt debut stood out among the rest.

Luxury auto brand BMW was the premier Title Partner of Disrupt NY 2017. It was the most integrated partnership Disrupt has ever done—executing on experiential, digital, social, and video fronts—and, for the very first time, utilized TC Brand Studio, a new development resource and distribution channel for sponsored content.

TechCrunch worked very closely with BMW’s agencies—Universal McCann, KBS, and Octagon—to bring its vision to life. Here’s an overview of the program.

The foundation of BMW’s campaign was an original video series, Hot Lap Pitch. It perfectly aligned BMW with the tech startup community by positioning its new M550i as “the world’s fastest startup accelerator.”

The business world moves faster than ever. And, with the first-ever M550i, so does the 5 Series. So we recruited nine talented entrepreneurs, put them on the track with BMW Motorsport Champion Bill Auberlen, and gave them one full-throttle hot lap to prove that they deserve the stage at TechCrunch Disrupt in New York City.

It speaks for itself. BMW pulled out all the stops to showcase the unparalleled performance of the M550i, its commitment to tech innovation, and its high regard for the entrepreneurial spirit.

The Winner Comes to Disrupt

The winning entrepreneur was Erica Lee, the co-founder of DeepFarm, an early detection system for crops using AI. She gave a polished presentation on the Showcase Stage, in Startup Alley, to thousands of Disrupt goers—a unique opportunity for exposure and potential funding. Hot Lap Pitch debuted on the stage screens in front of the live audience just before Erica was introduced by the same VCs who participated in series. 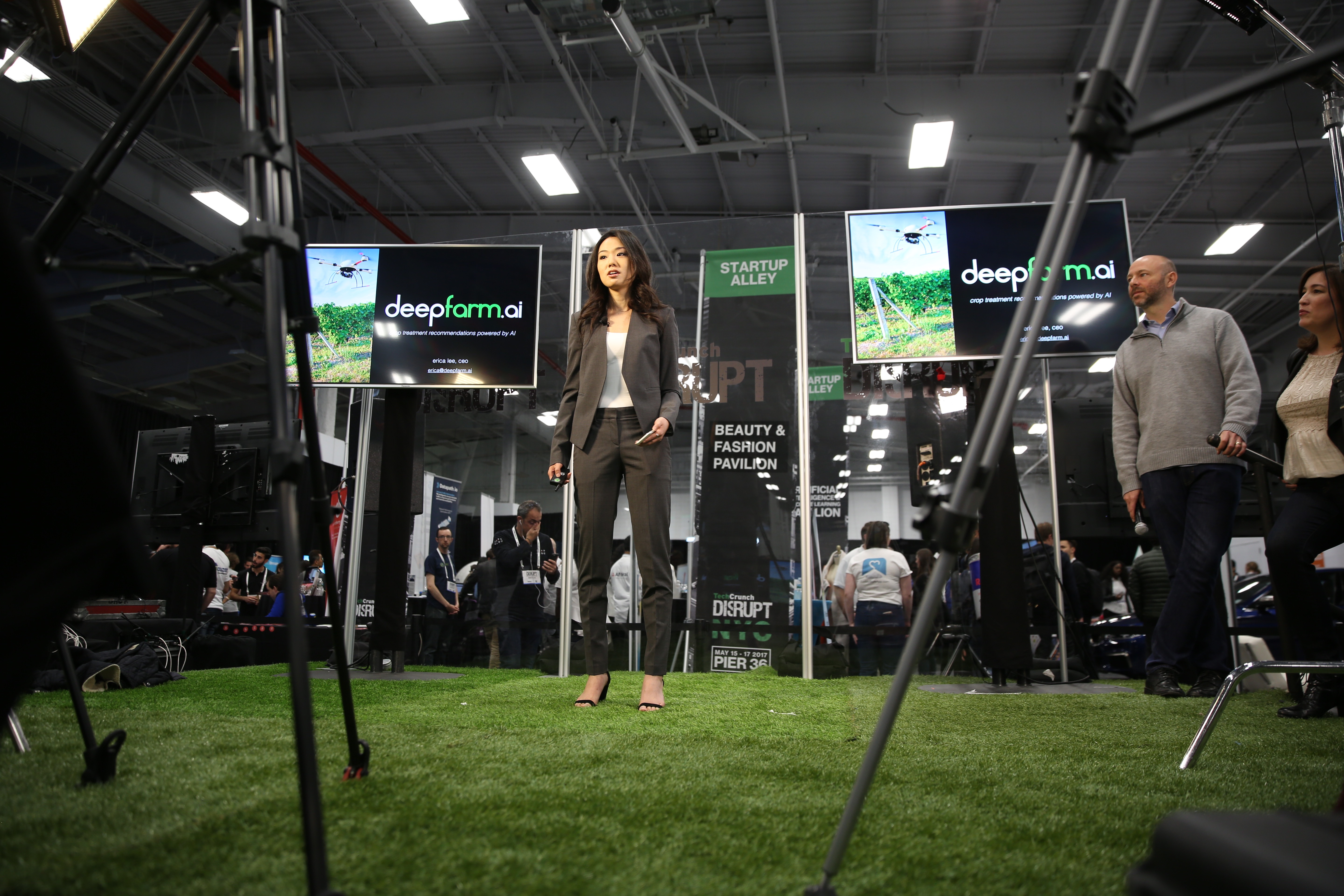 This was the first time that a brand partner presented their own content on a Disrupt stage. It proved to be a key platform to create unique content that lives beyond the three-day conference itself.

On the Disrupt Floor

Not far from the Showcase Stage was BMW’s floor activation. The same M550i used in Hot Lap Pitch was on display (there are only two models in the US) alongside a plush lounge space and espresso bar (no Disrupt goer can resist a comfy chair and caffeine). 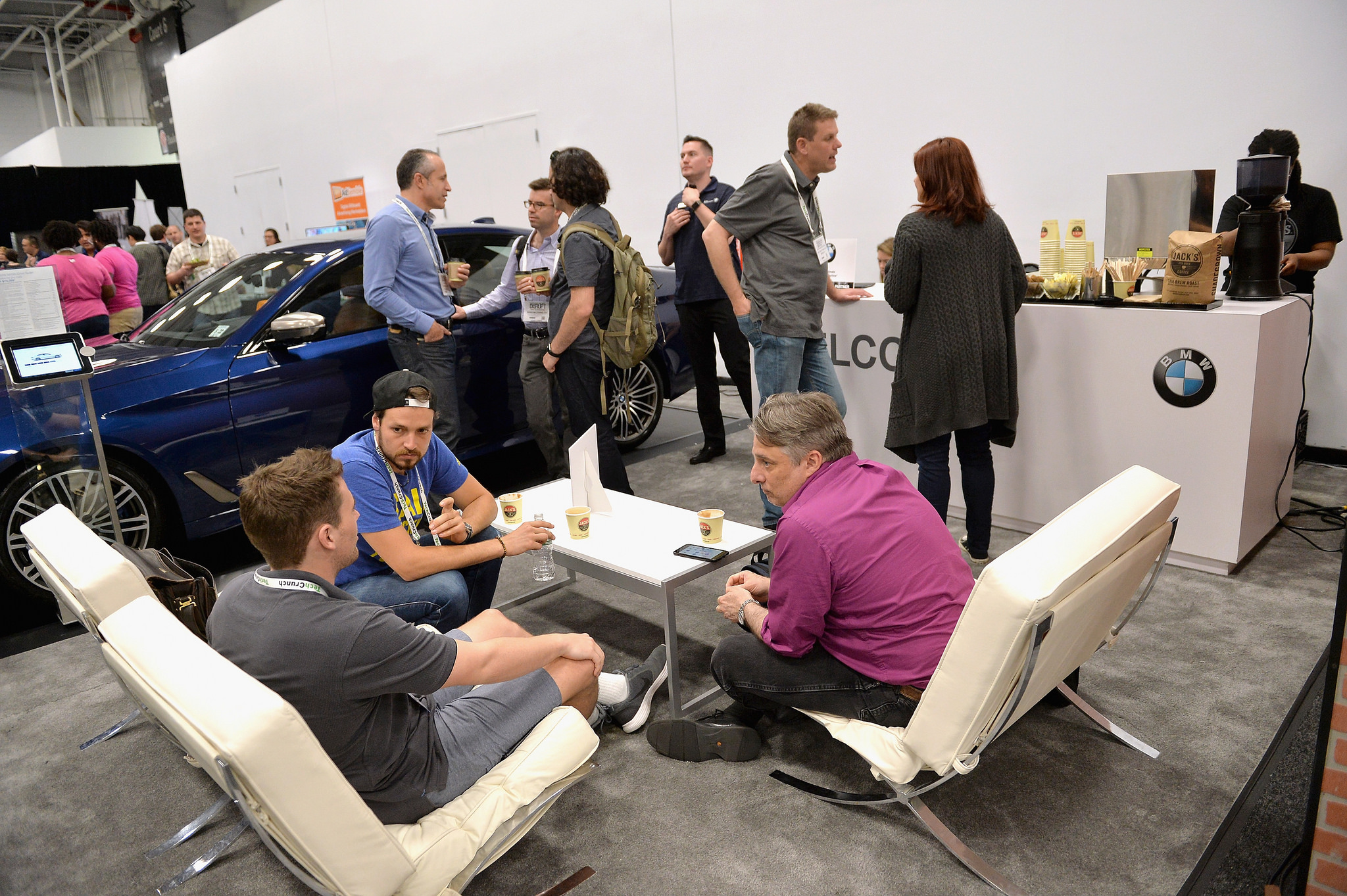 BMW also parked five vehicles outside the main entrance of Pier 36, and was the exclusive partner of CrunchMatch, TechCrunch’s networking program that matches startups with investors, which hosted a record 448 onsite meetings.

The Disrupt NY digital audience grew in 2017—4.1M unique visitors on TechCrunch.com (+25% YoY) and 4.8M video views across platforms (+12% YoY). BMW was the sole brand partner to capitalize on this growth and exposure through:

Plus three native pieces on TechCrunch, developed by RYOT Studio

You can view a complete recap of Disrupt NY and BMW’s partnership here.

There are two more Disrupts in 2017—Disrupt San Francisco in September and Disrupt Berlin in December. To learn more about getting involved in a media or event partner capacity, complete this form.