Amazon’s two-year effort to halt a $3.4 billion deal between its estranged partner Future Group and Reliance Retail took a new turn on Tuesday as tens of millions of Indians woke up to find the U.S. e-commerce giant airing its grievances in several newspapers.

Amazon has accused Future Group (which runs the nation’s second-largest retail chain) and Reliance Industries (India’s most valuable firm by market cap) of indulging in fraudulent practices, saying the Indian firms did not comply with court orders and recently attempted to “remove the substratum of the dispute.”

As Amazon and Future continue to fight in courts, Reliance last month began taking over several of Future stores after brokering deals with landowners in a move that stunningly blindsided and outwitted the U.S. firm, which has invested over $6.5 billion in its India operations. Cash-strapped Future said in a filing earlier this month that it could not pay rent at many outlets.

Future Retail and its partners “have consistently acted in violation of the order passed by the emergency arbitrator and reaffirmed by the Arbital Tribunal,” Amazon said in the Tuesday ad titled “Public Notice.”

“It has now come to light that FRL, and its promoters have been attempting to remove the substratum of the dispute by purportedly transferring and alienating FRL’s retail assets comprising the retail stores in favour of the MDA Group,” the ad said.

“Amazon hereby puts all persons concerned to notice that any attempt by FRL, and its prompters to transfer/dispose/alienate any of its retail assets is in violation of binding orders of the Arbitral Tribunal, which operate as orders of an Indian Court and any party assisting or cooperating in such fraudulent and contumacious actions will be liable for civil and criminal consequences under law.” 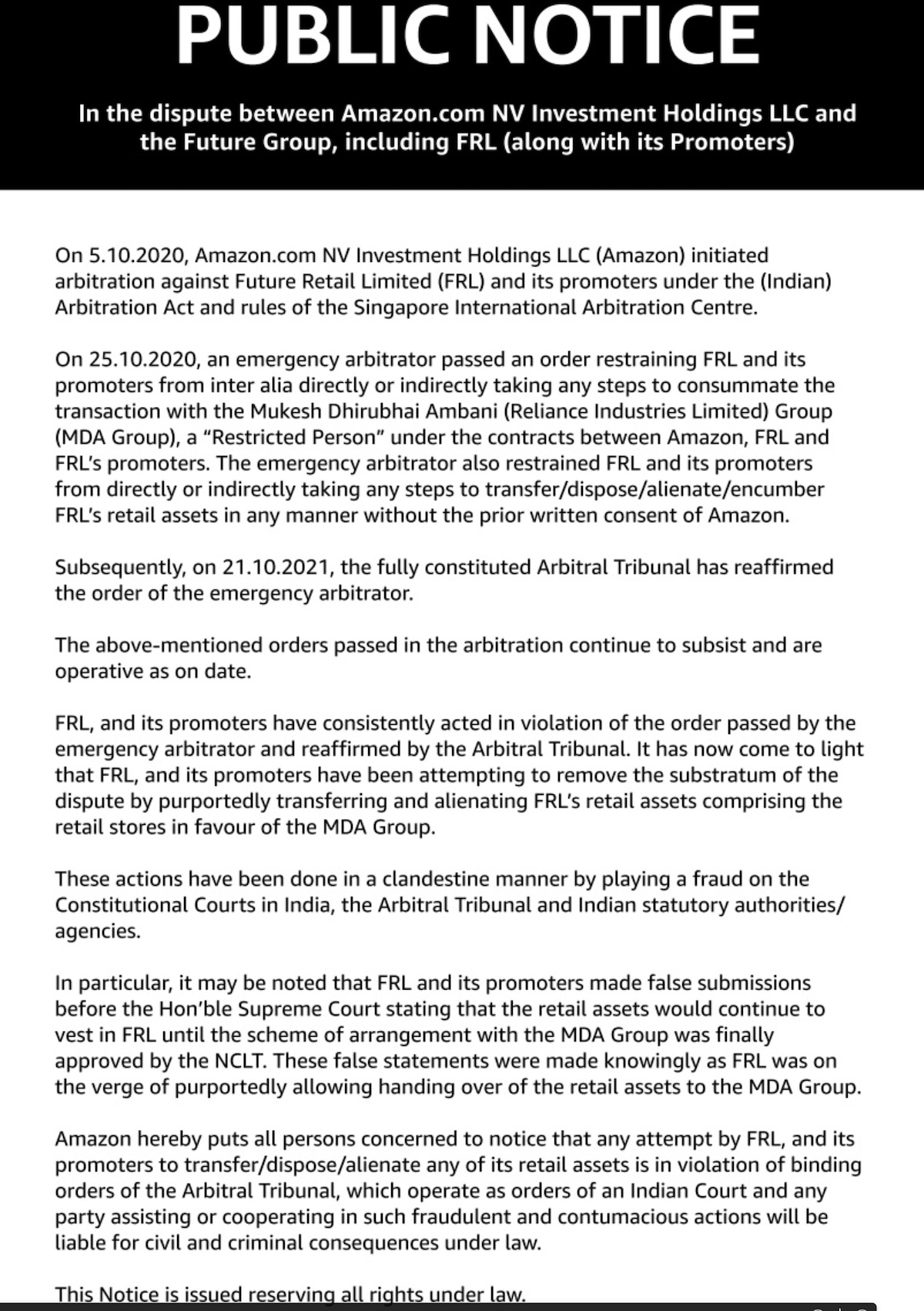 A snapshot from Times of India New Delhi edition.