Since U.K. spying headquarters GCHQ was established in Cheltenham in the 1950s, the city has attracted large firms like IBM, Raytheon, Microsoft and BAE Systems to the region, and startups like Truststamp, Bamboo Technologies, Ripjar, Hub8 and CYNAM have emerged from the city.

All of these firms draw on the talent that naturally gravitates to such a place, especially when you have these kinds of organizations floating around.

Now it appears that Cheltenham is aiming to more closely target entrepreneurs, investors and startups, especially given that the pandemic has seen talent thrown to the four winds, looking for better lifestyles and more access to nature. Smartly, it will be leveraging its association with the cybersecurity-oriented GCHQ.

In 2019, Cheltenham Borough Council spent £37.5 million purchasing 45 hectares of land adjacent to GCHQ, with the goal of capitalizing on the burgeoning cybersecurity and technology community.

After a year-long process, the council selected key partners as “preferred bidders” to deliver it – Factory and HBD (formerly Henry Boot Developments). The ambition is to grow the area to 200 hectares, which would make it one of the biggest tech startup campuses in Europe.

Factory, which developed large-scale tech campuses in Berlin and Lisbon, will partner with U.K. developer HBD and the council to create the project currently dubbed Golden Valley.

The development is projected to add 12,000 new jobs, 2 million square feet of offices and 3,700 new homes, and will be drawn on the Garden City status, building upon the garden city movement established in the late 19th century by Ebenezer Howard.

“This is a once-in-a-lifetime project — it’s unprecedented,” said Jeremy Bamberg, who will be leading the project locally for Factory. “By embracing tech, nature and innovation we’re working to transform the area into Europe’s most intelligent Garden District — creating an ideal alternative to chaotic city life.”

The first step of the project will be building Factory Cheltenham. As with Factory’s projects in Berlin and Lisbon, the architecture and design will led by Julian Breinersdorfer, who recently joined Factory to create an in-house offering for similar buildings and districts.

“We were looking for a partner to help the council make our ambitious plans a reality,” Tim Atkins from Cheltenham Borough Council said. “HBD and Factory have shown us how they share these goals and, more importantly, how these will be transformed into a living, breathing entity right here in Cheltenham that has a positive impact locally, whilst being a key part of the global cyber sector.” 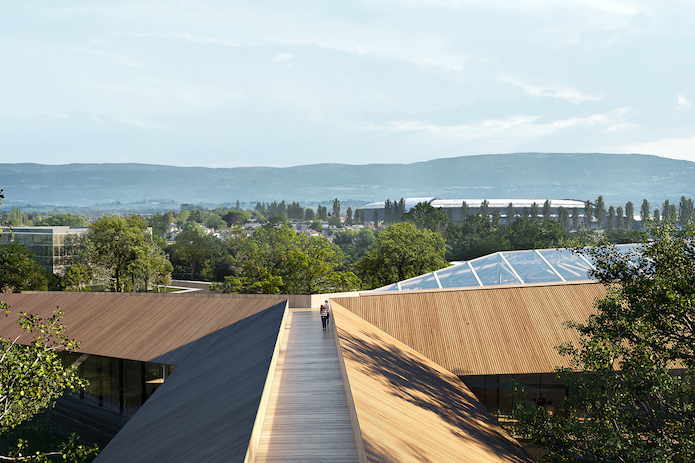