Before StockX, sneaker buyers had eBay, campouts at sneaker stores and internet forums as avenues to connect with other enthusiasts and find the most desired shoes. Five years later, the data-based secondary marketplace’s impact is pervasive across tech, secondary marketplaces, the business of sneakers, entrepreneurship, hype culture or even just retail stores as a whole.

Instagram brought sneaker culture to the masses, and so timing was on StockX’s side for its 2015 launch, specifically with their focus on hype footwear just as it catapulted into the mainstream.

The company’s timing was keen, riding the wave of Instagram’s rise while bringing a marketplace mechanism to the surging popularity of this category. Yet, StockX is not alone in targeting this increasingly lucrative sector. E-commerce startups and tech companies have sprouted up to target this connected cultural consumer, and StockX has had to run quickly to maintain its product and marketplace lead. Meanwhile, external changes can have large effects on the prices of sneakers and Gen Z is increasingly determining the future of this market. It’s a fast-moving business, and how StockX leads and competes is critical to understanding its future.

“A scroll through Instagram in the morning — depending on what the algorithm gives you and who you’re following — without reading a single word can give you a peek into what’s happening, and in this case, it’s what’s happening within the global sneaker community, which Instagram not only brought together, [but] in a sense, created,” sneaker journalist Russ Bengtson mused.

He goes on to say how it amplified the community around sneaker stores as well. “Before Instagram, maybe you only heard someone with a job there or of someone who actually had a pair of the shoes, but now, without ever going into the city where the shop is based, you can see what that shop has on its shelves, you can see the outside of the shop, you can actually talk to the people who run it or the people who design things for it. You can be a more integrated part of that community without leaving your house.”

Instagram brought sneaker culture to the masses, and so timing was on StockX’s side for its 2015 launch, specifically with their focus on hype footwear just as it catapulted into the mainstream. The company offered the easiest entry point for outsiders to purchase with its bid/ask format, its one-click buying and selling as well as its authentication procedures. With each purchase, outsiders who knew little about the sneaker market became that much closer to belonging to a culture that had previously set such high barriers to entry.

StockX is to hype trends as Instagram is to popularity. The “best” product doesn’t necessarily reflect the highest price point. Instead, it’s representative of the most demand by the masses, and the platform offers data on how the hype translates into dollars.

“Instagram, and other platforms, have been key to the demand side of the equation being able to highlight items that represent brand heat and influence in the industry. We are a perfect reflection as a platform of what’s happening in current culture,” StockX CEO Scott Cutler says.

Where StockX fits in the business of sneakers

That combination of popularity and hype trends has created a massive economy. In 2014, co-founder and former CEO of StockX Josh Luber said eBay’s sneaker business totaled $338 million, which was 31% higher than 2013. By spring of 2015, the secondary sneaker market was reportedly estimated to be worth $1 billion. In total, the U.S. athletic footwear industry was worth $17.2 billion and $17.5 billion in 2015 and 2016, respectively, and by 2017, it grew to $19.6 billion. There’s no doubt the sneaker community was spending the money in a market with a lot of risk, rapid growth and very few safeguards or price regulations.

With so much money at stake, it’s not surprising that a bevy of companies have targeted the category. Perhaps no marketplace has had the longevity of eBay, which has always been a marketplace for everyone and everything, with sneakers making up only a fraction of its transactions. Education is key and barriers to entry for the platform are high though: Sellers need to build a positive reputation, and in order to shop for sneakers, buyers need to be sufficiently up to speed on what to look for in terms of fakes, scams and pricing. 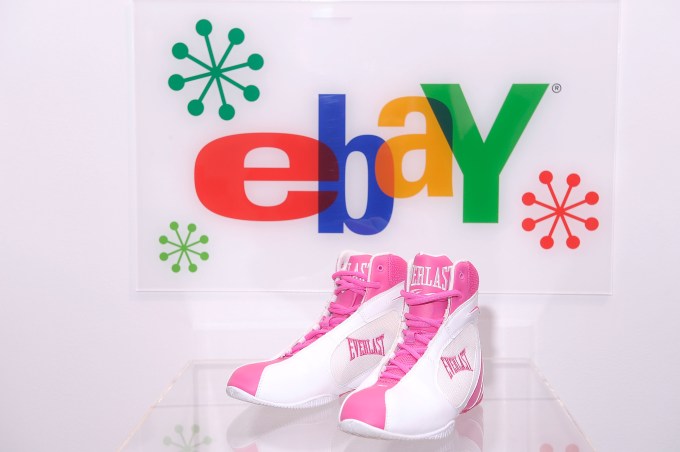