S’More (short for “something more”) ensures that users can’t focus on physical appearance, because photos are  initally blurred — they gradually un-blur as you interact with someone. The startup has introduced new features like video chat (also blurred initially), and it launched a redesigned app of the beginning of this month — CEO Adam Cohen-Aslatei said it’s a “completely rebuilt product” with new features like real-time conversation prompts and the ability to pay to promote your profile.

Cohen-Aslatei also said that S’More’s focus on “anti-superficial relationships” is attracting a real audience, with 160,000 downloads in its first year and “thousands” of paying users, including a 50% increase in subscriptions after launching the new app in January.

Looking at how dating will evolve after the pandemic, Cohen-Aslatei suggested, “I don’t think we’re going back to the way things were.” He pointed to a recent survey of S’More users in which 80% of respondents said they hadn’t gone on a single live, in-person date in 2020.

“Do you want to meet for casual encounter on Tinder, or do you want to have a conversation to get to know a real person on S’More?” he said. Assuming that many people will choose the latter, the next question is: “How do you make discovery fun? There’s got to be multimedia, video, audio, games, all of those features are part of our product roadmap … S’More will feel like Hinge meets Nextdoor.” (Apparently, there’s “a huge cohort” of users on Nextdoor who are single and looking for relationships.) 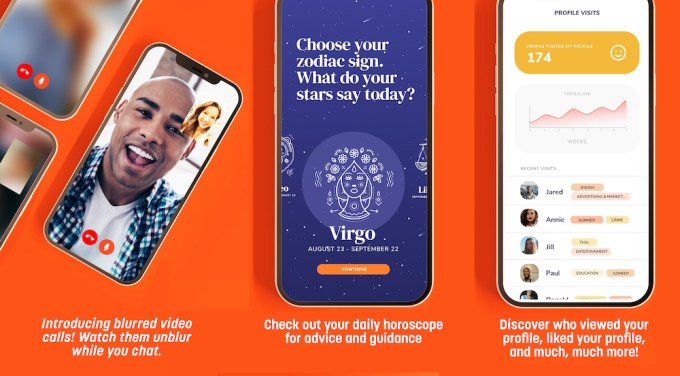 Cohen-Asletai told me the funding has already allowed him to hire what he’s calling a “founding team,” including chief architect Long Nguyen, head of operations Sneha Ramanchandran, head of product and design Regina Guinto and senior developer David Lichy.

S’More is also announcing that it has signed a production deal with producers Elvia Van Es Oliva and Jack Tarantino, who have worked on shows like “90 Day Fiancé.” Cohen-Asletai said the startup will work with them to create “anti-superficial” dating content for digital platforms and TV networks.

This deal builds on the success of S’More Live, the startup’s celebrity dating show on Instagram Live, which has aired 60 episodes so far.

“We’re using that show to build our brand, to gain awareness and then … we’re actually able to leverage all of the viewers and retarget them with content from S’More, which has made our cost to acquire a user [very affordable],” Cohen-Asletai said.