Our first-ever dedicated space event is coming up on December 16 and 17, and we’re thrilled to announce that Lieutenant General John F. Thompson of the U.S. Air Force will join us on our virtual stage at TC Sessions: Space. Thompson is the Commander, Space and Missile Systems Center (SMC) and oversees research, design, development and acquisition of satellites and their associated command and control systems for the U.S. Space Force.

We’re excited to have Gen. Thompson joining us because his role puts him directly in contact with some of the country’s most ambitious and technically advanced startups. He’s the person responsible for ensuring that the U.S. has a commanding position in areas including advanced missile warning, space launch, space superiority in the emerging defense arena and much more. There’s likely no one in the U.S. defense world closer to the space-focused pipeline for emerging and future-focused technology development. 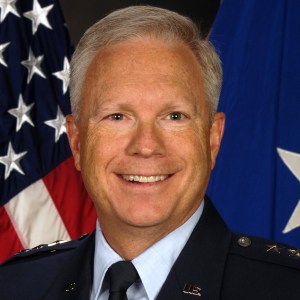 Part of what Gen. Thompson and the SMC have accomplished under his supervision is the establishment and continued growth of a rich ecosystem of non-traditional space startups, through both contracting and early-stage funding, to help them develop novel approaches to challenges both new and old. That work will also form the basis of the forthcoming Space Systems Command (SSC), an in-development command that will be responsible for development, acquisition and deployment of in-space capabilities for the U.S. Space Force. SSC will take its cues from the SMC and its Air Force origins, but be a new, overarching acquisitions entity that also incorporates the needs of Army and Navy space acquisition activities.

We’ll talk to Thompson about that work and how it’s progressing, and what changes about his work and the SMC’s mission as the U.S. continues to establish and grow the Space Force as its own dedicated military branch.

If you want to hear from Lt. Gen. Thompson, you can grab a ticket to get exclusive access to watch this session (along with many others) live (with access to video on demand), network with the innovators changing the space industry, discover the hottest early-stage companies, learn how to score grants for your space company, recruit talent or even find a job. Get an early-bird ticket for just $125 until November 13. And we have discounts available for groups, students, active military/government employees and for early-stage space startup founders who want to give their startup some extra visibility.