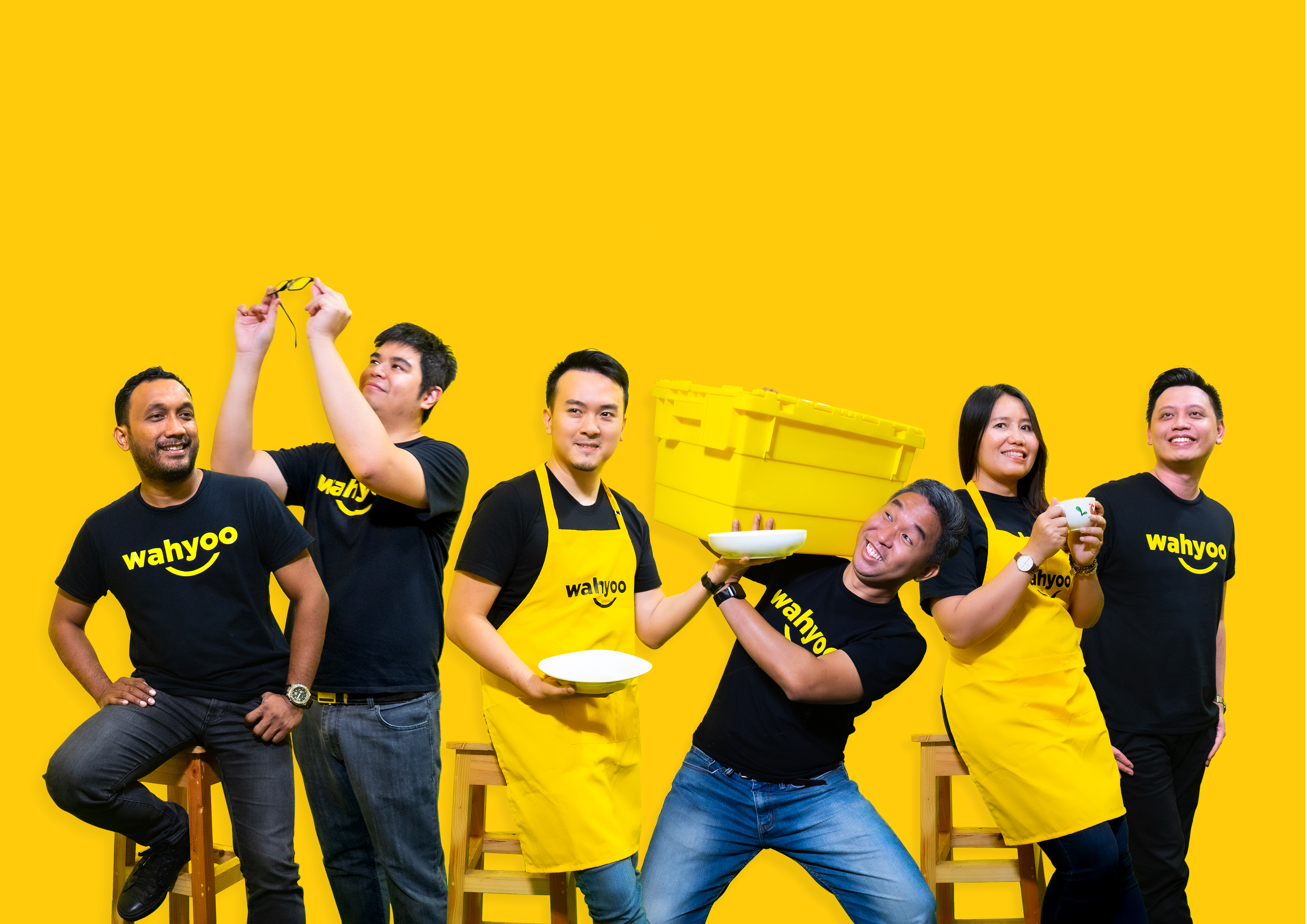 While growing up, Peter Shearer watched his mother get up every day at 2AM or 3AM to prepare for her catering business. For many people who own small food businesses in Indonesia, “everything is handled on their own, so I really, really wanted to create a system so they can have better operations and get more quality of life,” Shearer told TechCrunch.

His startup, Wahyoo, was founded in 2017 to help small eateries, called warung makan, digitize and automate more tasks, from ordering supplies to managing finances. Today, Wahyoo announced that it has raised $5 million in Series A funding led by Intudo Ventures, a venture capital firm focused on Indonesia.

Other investors in the round included Kinesys Group, Amatil X (the corporate venture program of Coca-Cola Amatil, one of the world’ five largest Coca-Cola bottlers), Arkblu Capital, Indogen Capital, Selera Kapital, Gratyo Universal Indonesia and Isenta Hioe. The capital will be used on hiring, developing Wahyoo’s tech platform and expanding beyond the Greater Jakarta area.

In a press statement about the investment, Intudo Ventures founding partner Patrick Yip said, “Small-and medium enterprises represent one of the major engines of economic growth in Indonesia and are being transformed through new innovative businesses like Wahyoo, bringing greater economic prosperity to small business owners throughout the country. Through the company’s digitization efforts, Wahyoo’s highly targeted support for warung makan businesses is creating positive economic and social impact for Indonesia’s working class.”

With about 268 million people, Indonesia is Southeast Asia’s largest markets, and there are already startups, like Warung Pintar and BakuWarung, that focus on helping warung, or small corner stores, digitize more of their operations.

Shearer said he wanted to focus on Indonesian eateries in particular because “my background is in the food industry and I love anything related to food. Second, the potential is very big because no one has tapped into this type of warung before. Everyone focuses on retail, but no one taps into the culinary business.”

Wahyoo currently employs about 170 people, including on-the-ground teams who meet with warung makan owners. The eateries are “usually run by a family, from generation to generation,” with almost all tasks performed manually, including bookkeeping and going to markets early in the morning to buy ingredients, Shearer said. 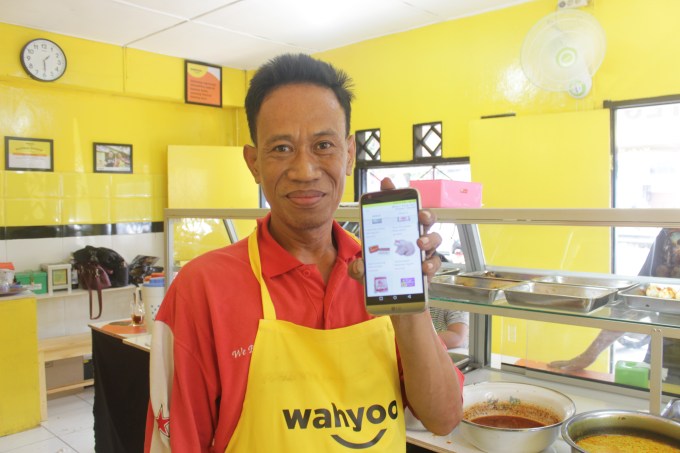 Wahyoo’s features include a next-day grocery delivery service from its own warehouses and integration with Go Food, a popular delivery app. The startup also runs an education program called Wahyoo Academy, with financial courses to help warung makan owners increase customer traffic and revenue, and offers advertising and brand partnerships.

For example, a restaurant on Wahyoo’s platform can earn money by placing ad banners or brochures in their stores. That is one of the way Wahyoo monetizes. It is free to use for restaurant owners, and makes revenue by taking a percentage of brand commissions.

Another revenue stream is Wahyoo’s fried chicken franchise, which gives warung makan owners the option of opening a small stall in front of their stores. It currently has about 350 stalls and keeps costs low by partnering with one of Indonesia’s largest poultry suppliers. Shearer said the company’s goal is to increase the number of stalls to 1,000 by the end of this year.

While eateries on Wahyoo saw a drop in their business in April and May because of the COVID-19 pandemic, Shearer said that it began to recover in June and July, and is now back to normal, partly because of the platform’s Go Food integration.

In the future, Wahyoo may face competition from other warung-focused startups if they decided to expand their services to restaurants as well, and new startups that want to tap into the business opportunity offered by the 59.3 million small- to medium-sized businesses in Indonesia, many of which haven’t digitized their operations yet.

Shearer said Wahyoo’s value proposition is its portfolio of complementary services. “We are basically creating an ecosystem,” he added. “We are not only focusing on the supply chain, but also our own brand. We have the fried chicken brand and in the future we will tap into financial technology and the catering business as well.”