Volkswagen has started to sell a home-charging device as the automaker prepares to bring its new ID family of electric vehicles to market.

The ID.3 is the first electric vehicle under the ID label and will only be sold in Europe. Customers who made reservations for the launch edition, known as ID.3 1st, will be able to order their vehicle starting June 17. Volkswagen said this week that the deliveries for the ID.3 1st will begin in September.

And that means that, at least for now, the home-charging device or wallbox will only be available for sale in eight countries in Europe. Volkswagen is making three versions of the wallbox that will range in price between €399 and €849 ($448 to $953). Those prices don’t include the cost of installation.

All of the versions will have a charging capacity of up to 11 kilowatts, permanently mounted Type 2 charging cable and integrated DC residual current protection. For now, just the base model is available, according to VW.

The two premium models, the ID. Charger Connect and ID. Charger Pro, will be available later this year. These models come with additional software that allows for the kind of interaction and analytics that Tesla owners are more familiar with. The ID. Charger Connect will allow customers to link their smartphone to control charging processes. The ID. Charger Pro has that connectivity feature plus an integrated electricity meter designed for commercial uses. The integrated meter can be used to bill electricity costs for company car drivers, according to VW. 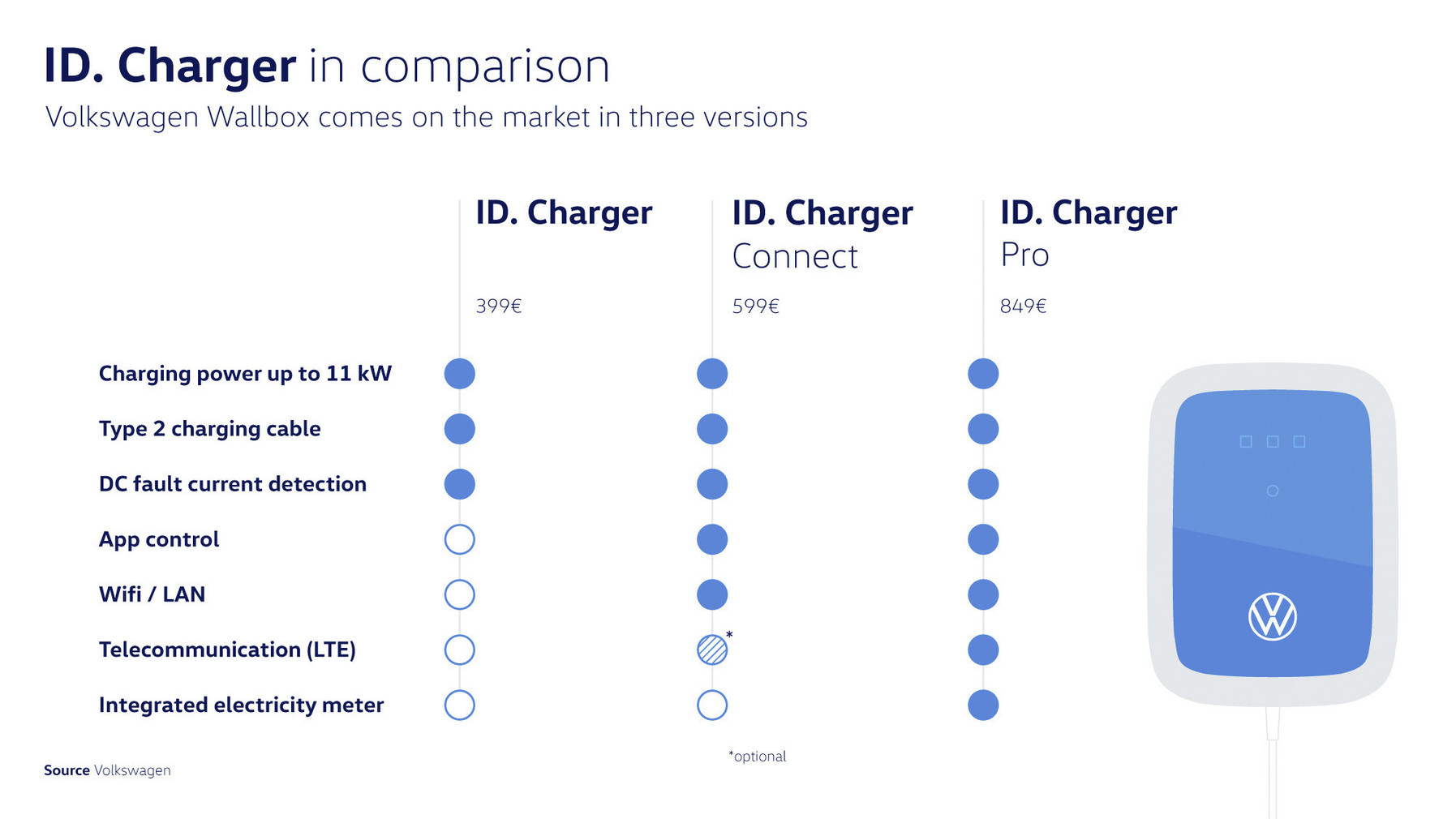 The ID.3 is the first model in the company’s new all-electric ID brand and the beginning of its ambitious plan to sell 1 million electric vehicles annually by 2025. The ID.3 will only be sold in Europe. Other models under the ID brand will be sold in North America.