Peanut, an app that began as a tool for finding new mom friends, has evolved into a social network now used by 1.6 million women to discuss a range of topics, from pregnancy and parenthood to marriage and menopause, and everything in between. On the heels of significant growth in online networking fueled by the COVID-19 pandemic, the company is today announcing the close of a $12 million Series A round of funding, led by EQT Ventures, a multi-stage VC firm that invests in companies across Europe and the U.S.

The round itself closed just weeks ago — arriving at a time when the coronavirus pandemic is impacting the startup world, often drying up venture capital for emerging companies. Some startups, as a result, have laid off employees to self-sustain, while others have sought exits or even folded.

Peanut, on the other hand, has seen rapid growth for its platform as women looked for a supportive online environment to discuss their own concerns over how COVID-19 was impacting their lives.

Many women participating in Peanut’s newer “Trying to Conceive” group, for example, worried about their canceled IVF rounds and how to plan for the future. Current moms-to-be wanted to hear from others about how COVID-19 would impact their hospital delivery plans. And others stuck working at home with kids looked for advice and coping strategies. Since the outbreak, Peanut has seen engagement across its app increase by 30% and content consumption increase by 40%. Its total community also grew from 1 million users in December 2019 to now 1.6 million, as of April.

“We’re really lucky in that we’re growing and that we are, for the most part, untouched by what’s happening,” says Peanut founder and CEO Michelle Kennedy. “And actually, if anyone needed community more, it’s now,” she added.

Though the pandemic has sent the app’s usage skyrocketing, it has also readjusted Peanut’s priorities with regard to its roadmap.

Most notably, its friend-finding feature needs a rethink. 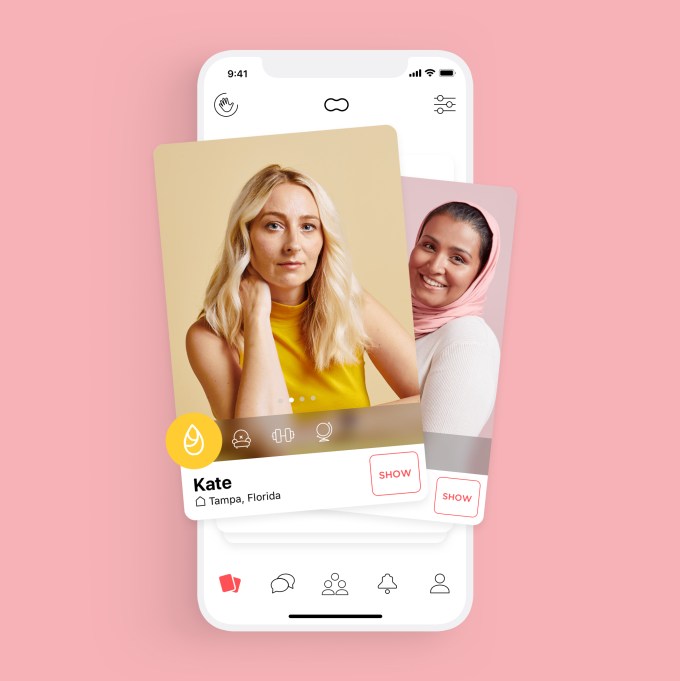 Peanut originally worked as a sort of “Tinder for mom friends” — an idea that arose from Kennedy’s personal experience with how difficult it was to forge female friendships after motherhood. As the former deputy CEO at dating app Badoo and an inaugural board member at Bumble, she brought her extensive experience in matchmaking apps to Peanut, which uses a similar swipe-based mechanism.

But COVID-19 has up-ended this side of Peanut’s business. Today, Peanut users are meeting in Zoom chat rooms to hangout or play games, but not in person.

Kennedy says the company will try to meet these users where they are with the development of more video networking features, potentially with technology built in-house. Other plans for the new capital include improvements to the social discovery aspects of its app, the development of a web version of Peanut, and the creation of more groups beyond those focused on fertility and motherhood, which have so far been core to the Peanut experience. 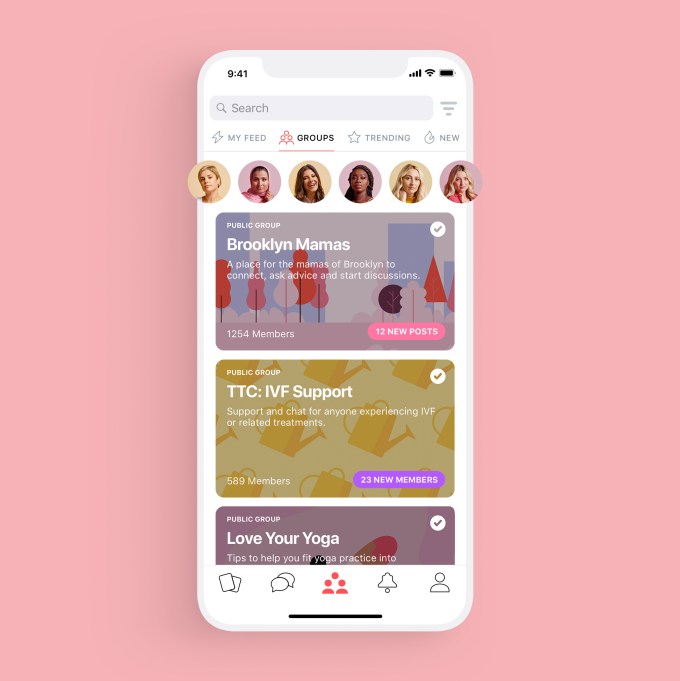 Specifically, the company soon plans to launch a new community focused on women living with menopause, an experience that will reach more than a billion women by 2025. Despite the fact that all women with ovaries will go through menopause, there are relatively few online communities dedicated to it — which Peanut sees as an untapped market.

Peanut’s real strength, however, is not in the types of communities it grows on its platform, but how they’re created.

There has not yet been a social network that focused on “building a platform for women, thinking about women’s needs and built by a women,” explains Kennedy. “So what we end up doing is using things that already exist — trying to twist them and mold them into what we need, and never getting it exactly right,” she says. “We can do better than that.”

One small example of this is the recent launch of Peanut’s “Mute Keywords” feature that allows women to remove certain types of discussions from their feeds and notifications. Some women used this to create a coronavirus-free news feed that focused on other aspects of motherhood. Others who were trying to conceive muted conversations around “pregnancy,” which they found emotionally triggering. 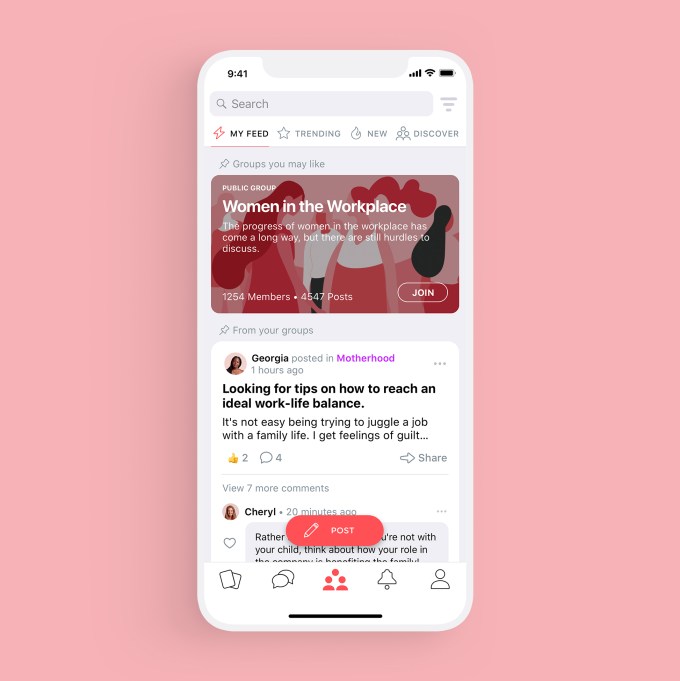 “Peanut’s user engagement metrics are a testament to the app’s ability to act as a true emotional companion throughout women’s journeys,” said Naza Metghalchi, venture lead and investment advisor at EQT Ventures, in a statement. “The EQT Ventures team is excited to partner with Michelle and continue to grow Peanut into a platform that serves all women at different life milestones, exploring topics beyond fertility and motherhood which have already seen such huge traction.”

The additional funding allows London-based Peanut to expand its business and hire more engineers to join its current team of just 16.

“I think having closed a round in this climate is great for the team,” says Kennedy. “It’s also great for the community because it means that we can grow the team, build quicker, build faster and develop the product more quickly,” she adds.