There will be no E3 this summer. And quite frankly, the future of just about every conference for the year looks to be in jeopardy, at best. Understandably, Microsoft is releasing most of the Xbox Series X info online in the meantime. A few weeks ago, it offered some key insights into the next-gen console; today it has come out with far and away its deepest dive yet.

A momentary respite, perhaps, from the news of the world, this morning brought four separate blog posts, a hands-on video and a whole lot of information for developers. Bookmark this glossary post in the meantime, if you need to cross-reference any of the information referenced here or in the original post.

At very least, it will help you sound a bit smarter when you explain all of this stuff to a loved one. 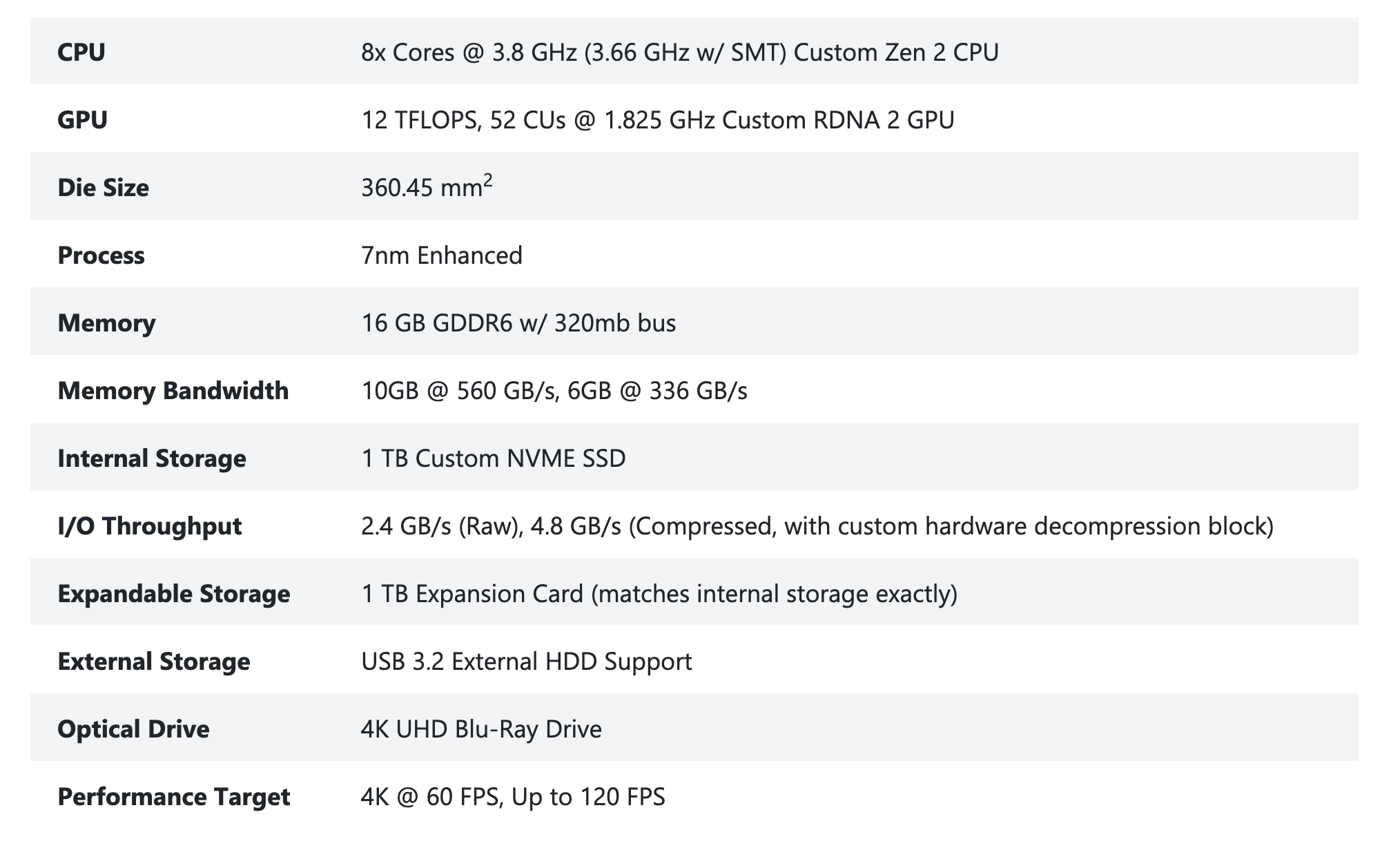 So, a custom 8 core AMD Zen 2 CPU and an RDNA 2-class GPU. “Xbox Series X is the biggest generational leap of SOC and API design that we’ve done with Microsoft, and it’s really an honor for AMD to be a trusted Microsoft partner for this endeavor,” says Corporate VP Sebastien Nussbaum in the post.

Per the Digital Foundry deep dive: 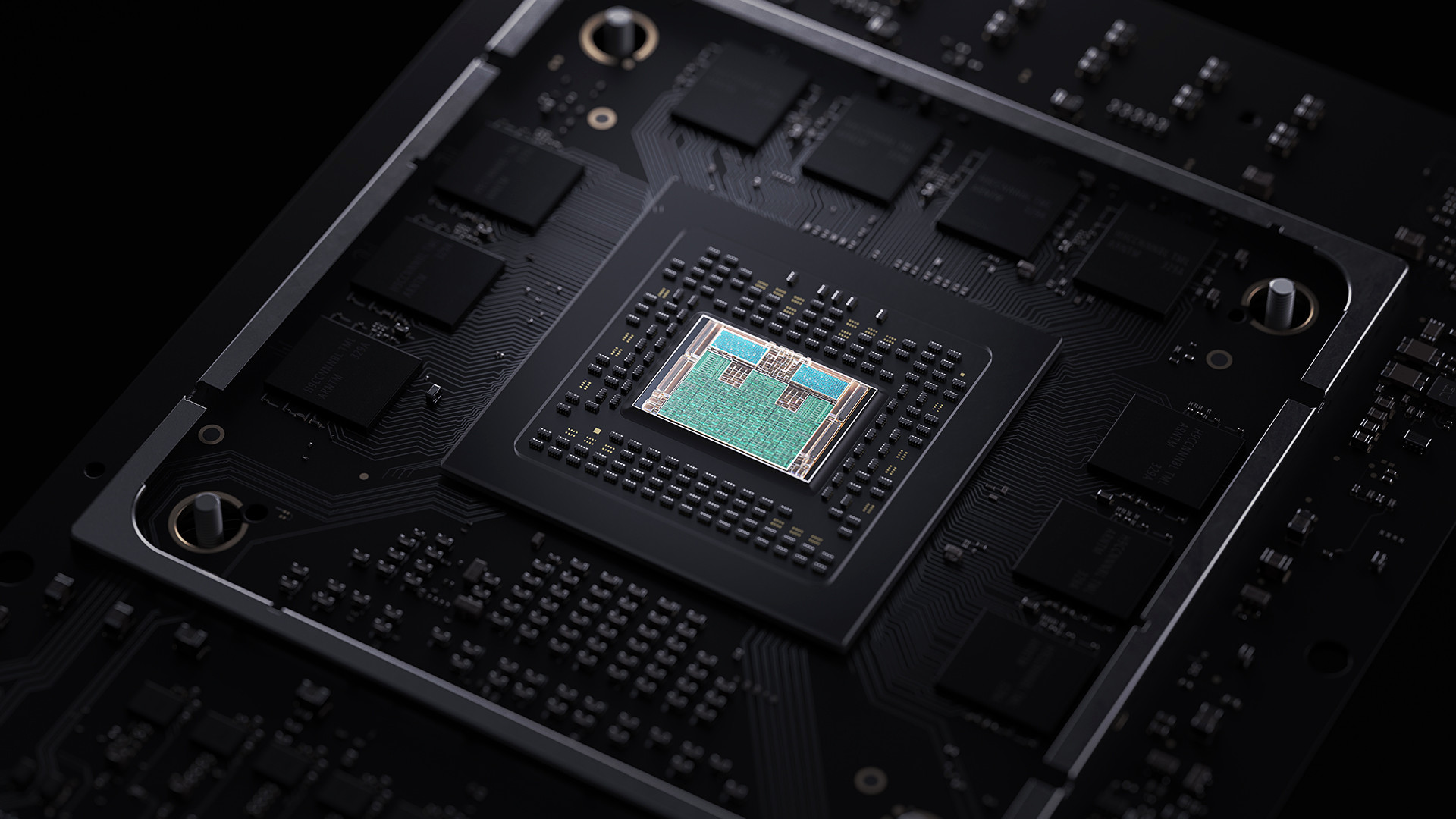 That’s coupled with the GPU stuff we already knew about, including the promise of 12  teraflops of processing power, equating to double what the Xbox One X could do and eight times the original Xbox One. There’s Variable Rate Shading (VRS), which allows for the system to focus on given effects on screen and DirectX Raytracing for improved lighting, reflections and other fine touches.

Microsoft offers a closer look at the next Xbox

“Without hardware acceleration, this work could have been done in the shaders, but would have consumed over 13 TFLOPs alone,” Xbox system architect Andrew Goossen tells the site. “For the Series X, this work is offloaded onto dedicated hardware and the shader can continue to run in parallel with full performance. In other words, Series X can effectively tap the equivalent of well over 25 TFLOPs of performance while ray tracing.”

There’s a solid-state drive on board with 1TB of storage, coupled with 16GB of RAM and a 4K Blu-ray drive. Around back, there’s what appears to be an HDMI port, Ethernet port, two standard USB ports and an expansion slot. Here’s the Seagate storage expansion module from the aforementioned hands on video: 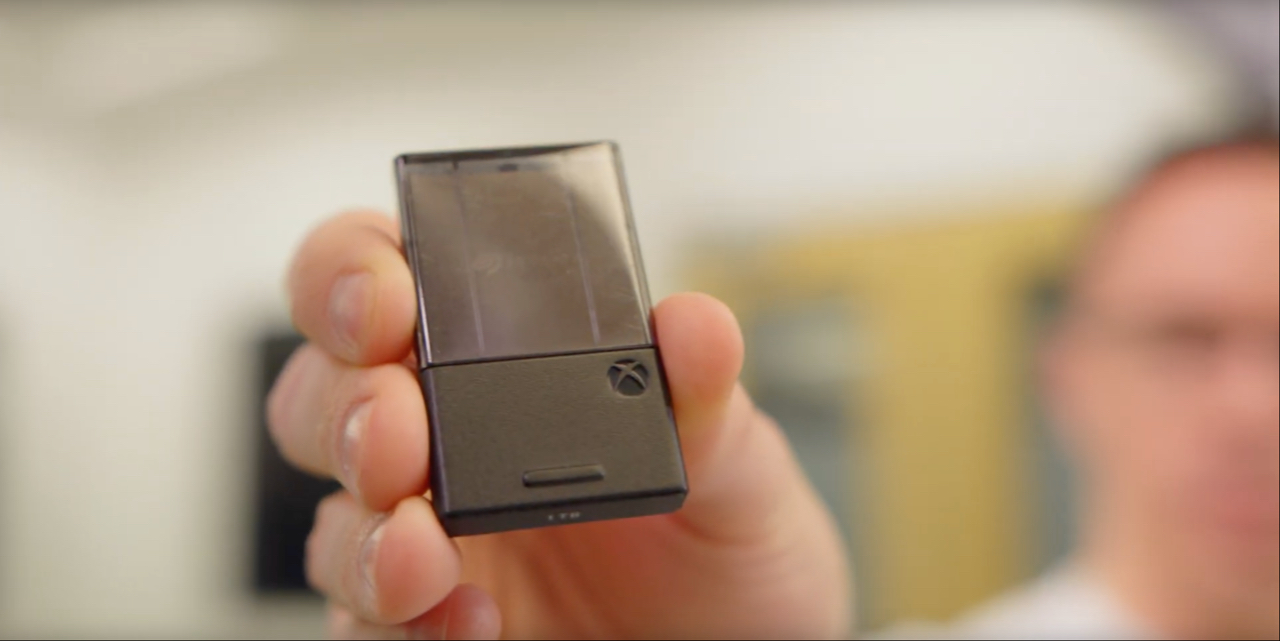 The controller, too, is getting an overhaul. It ships with a pair of AA batteries (though you can upgrade to rechargeable). Senior Designer Ryan Whitaker says inclusion was a big part of some of the design changes here, as gaming continues to grow with a mainstream audience:

One key area we’re improving is fitting a wider range of hand sizes, especially smaller hands. By accommodating hands similar to those of an average 8-year-old, we found we could improve accessibility and comfort for hundreds of millions more people without negatively affecting the experience for those with larger hands. We did that by rounding the bumpers, slightly reducing and rounding parts around the triggers, and carefully sculpting the grips.

There’s a Share button on board, in an attempt to make it a more social experience, along with design changes focused on making it easier to play older games via xCloud. Microsoft clearly wants to make game play more platform-agnostic, as it moves to more cloud-based experiences.

The Xbox Series X is due out at the end of the year and will go head to head with Sony’s latest offering.