Apple this week alerted developers to a new set of App Store Review Guidelines that detail which apps will be accepted or rejected, and what apps are allowed to do. The changes to the guidelines impact reviews, push notifications, Sign in with Apple, data collection and storage, mobile device management and more, the company says. Some of the more high-profile changes include the ability for apps to now use notifications for ads, stricter rules for dating and fortune-telling apps and a new rule that allows Apple to reject apps that help users evade law enforcement, among other things.

This latter change to police-spotting apps, surprisingly, didn’t get as much attention as push ads or changes to dating apps — though it’s among the most notable of the new rules.

A previous version of the App Store Review Guidelines (seen in a snapshot here from January 2020) stated that apps could only display DUI checkpoints that were published by law enforcement agencies, and noted that apps shouldn’t encourage activities like “drunk driving” or “excessive speed.” These were reasonable concerns.

The revised rule (section 1.4.4.) now says that Apple will reject apps “used to commit or attempt to commit crimes of any kind by helping users evade law enforcement,” in addition to the existing language.

As you may recall, Apple last year got into hot water over its decision to reject a crowdsourced mapping app, HKmap, that was being used by Hong Kong pro-democracy protestors to evade police. Initially, the app had been approved, but was pulled a day after Apple was criticized by Chinese state media who said the app allowed “rioters…to go on violent acts.”

The app had allowed users to crowdsource information like the location of police, the use of tear gas and other details about the protests, which were added to a regularly updated map. In a statement, Apple said it removed the app when it learned it was used to “target and ambush police.”

The new App Store Review Guidelines now put into writing Apple’s final decision over this sort of app. Effectively, it bans apps that help users evade law enforcement. Arguably, avoiding police isn’t always about wanting to “commit crimes,” as the guidelines state, however. Amnesty International, for example, documented cases of police brutality, including beatings and torture of people in police detention during the Hong Kong protests. The HKmap may have also allowed users to bypass police for their own safety.

Apple’s rule, therefore, is vague enough that it still allows the company itself to make the ultimate call over how an app is being used before deciding to reject or ban it.

Other worthy-of-note changes to the guidelines include an update (section 4.5.4) that allows app developers to send marketing messages (aka ads) in their push notifications. Before, these were banned. This change was immediately hit with user outcry, but it may not be as bad as it first seems. 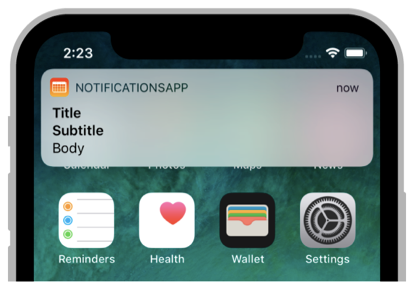 Clearly, many apps were already spamming their users with ads, despite the prior ban. Now, they’re being required to get customer consent within their app’s user interface and to provide an opt-out mechanism in their app that lets users turn off the push notification ads. This change will at least force reviewers to look for mechanisms and opt-outs in apps offering in-app purchases or that rely on sales to generate revenues.

“Abuse of these services may result in revocation of your privileges,” Apple also warns.

Another change adds “fortune-telling” and “dating” apps to the list of apps that are considered spam if they’re not providing a “unique, high-quality” experience. The relevant section (4.3) warns developers about the app categories that Apple thinks are oversaturated, and where it will be more critical with its reviews.

The guidelines also now include a section (5.6.1) that instruct developers on how to respond to App Store reviews, reminding them to “treat customers with respect when responding to their comments” and not include irrelevant information, personal information, spam, and marketing in their messages. The section also notes that developers must use Apple’s own API to solicit reviews, instead of other mechanisms. This will allow users to toggle off App Store review prompts across all apps from the iOS settings. This language was in the guidelines before, but was moved to 5.6.1 from 1.1.7.

Finally, Apple reminded developers that all apps going forward, including app updates, will need to use the iOS 13 SDK as of April 30, 2020. Apps will need to support the “Sign in with Apple” login/sign-up option as of that date, too.