RealityEngines.AI, an AI and machine learning startup founded by a number of former Google executives and engineers, is coming out of stealth today and announcing its first set of products.

When the company first announced its $5.25 million seed round last year, CEO Bindu Reddy wasn’t quite ready to disclose RealityEngines’ mission beyond saying that it planned to make machine learning easier for enterprises. With today’s launch, the team is putting this into practice by launching a set of tools that specifically tackle a number of standard enterprise use cases for ML, including user churn predictions, fraud detection, sales lead forecasting, security threat detection and cloud spend optimization. For use cases that don’t fit neatly into these buckets, the service also offers a more general predictive modeling service.

Before co-founding RealiyEngines, Reddy was the head of product for Google Apps and general manager for AI verticals at AWS. Her co-founders are Arvind Sundararajan (formerly at Google and Uber) and Siddartha Naidu (who founded BigQuery at Google). Investors in the company include Eric Schmidt, Ram Shriram, Khosla Ventures and Paul Buchheit. 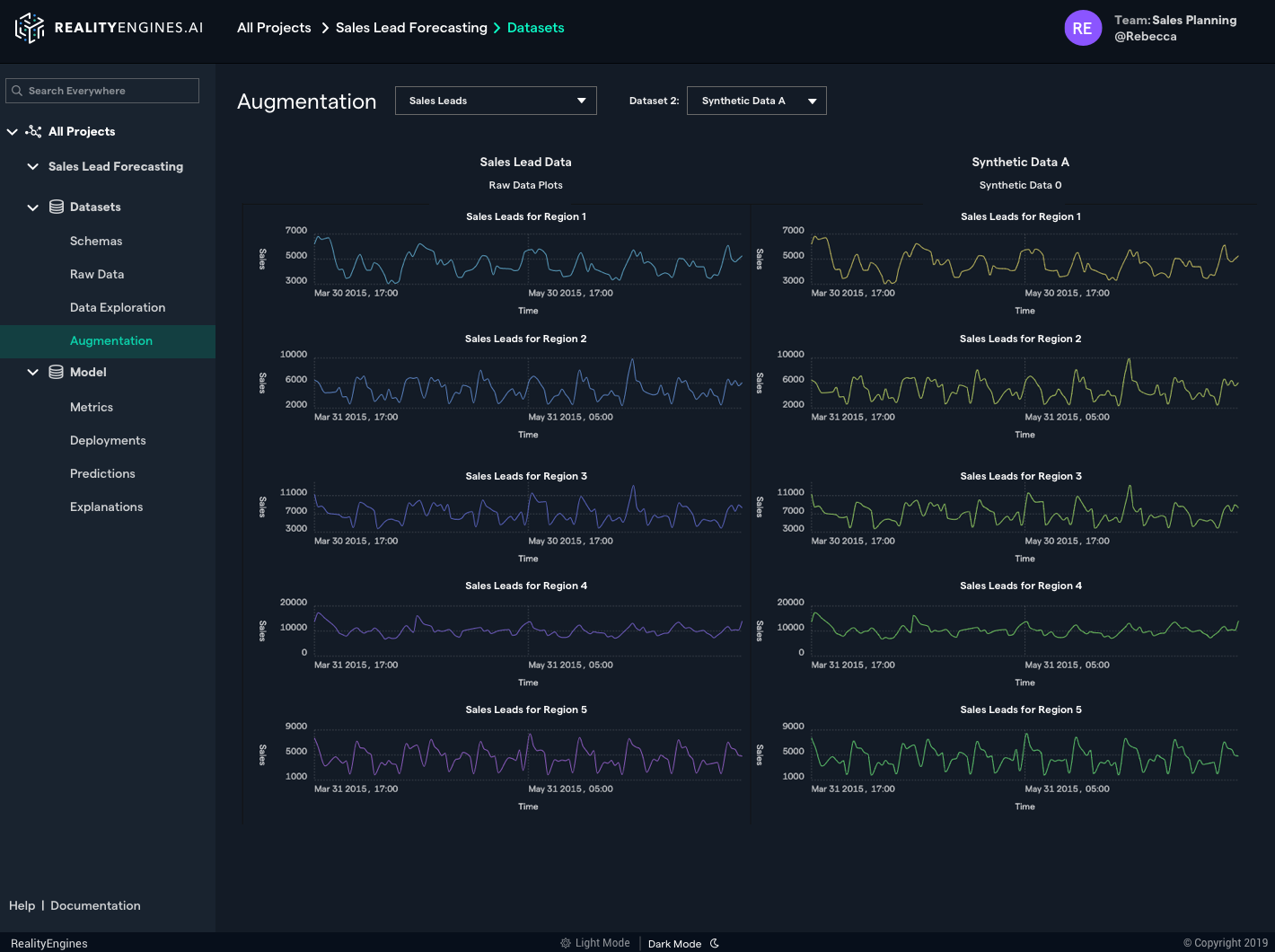 As Reddy noted, the idea behind this first set of products from RealityEngines is to give businesses an easy entry into machine learning, even if they don’t have data scientists on staff.

Besides talent, another issue that businesses often face is that they don’t always have massive amounts of data to train their networks effectively. That has long been a roadblock for many companies that want to see what AI can do for them but that didn’t have the right resources to do so. RealityEngines overcomes this by creating realistic synthetic data that it can then use to augment a company’s existing data. In its tests, this creates models that are up to 15% more accurate than models that were trained without the synthetic data.

“The most prominent use of generative adversarial networks — GANS — has been to create deepfakes,” said Reddy. “Deepfakes have captured the public’s imagination by highlighting how easy it to spread misinformation with these doctored videos and images. However, GANS can also be applied to productive and good use. They can be used to create synthetic data sets which when then be combined with the original data, to produce robust AI models even when a business doesn’t have much training data.”

RealityEngines currently has about 20 employees, most of whom have a deep background in ML/AI, both as researchers and practitioners.