Hello and welcome back to our regular morning look at private companies, public markets and the grey space in between.

Today, we’re digging into a host of data concerning the East Coast venture capital scene, specifically looking into the performance of its two key startup markets.

It’s 12 degrees Fahrenheit as I write this in my office situated between Boston and New York City — a perfect vantage point for studying these vibrant tech ecosystems. Let’s see what the data tells us.

The information we’re examining today comes from White Star Capital (often via CBInsights), a venture capital firm that describes itself as “transatlantic” and takes part in seed, Series A and Series B rounds around the globe. The group last raised a $180 million fund that TechCrunch covered here, noting at the time that capital pool was “oversubscribed from an initial target of $140 million” and would be invested into “around 20 new companies from the new fund, writing opening cheques of between $1 million and $6 million.”

With boots on the ground in New York, White Star cares about the East Coast, so the fund’s put dossier on the region isn’t unexpected. What it includes, however, is.

We’ll start with NYC and its surprising 2019 before turning to Boston, digging into its super-giant venture totals and hearing from Founder Collective’s Eric Paley on the state of things in urban Massachusetts.

White Star’s report details record-breaking figures for NYC’s current year. Off of effectively flat deal volume (New York City sees around 775 venture deals per year at the moment, or a little more than two per day), the overgrown town should set record venture dollar volume in 2019.

Observe the following, astounding chart detailing the abnormality of 2019 from a comparative venture dollar perspective: 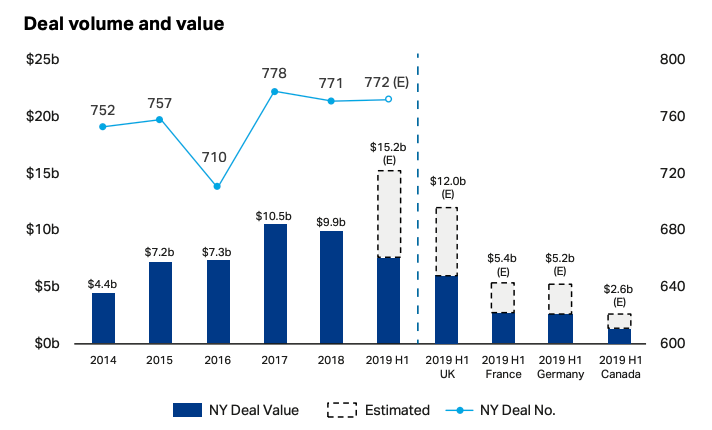 By smashing 2017’s local maximum, 2019 appears set to crush the city’s record — and rich — venture investment totals. The graphic also manages to point out (somewhat embarrassingly) that Gotham will manage to best a number of European countries’ aggregate venture dollar investments by itself this year.

That’s is a useful bit of context as in the United States, New York City is always Number Two to Silicon Valley. But, this chart argues, being number two in the number-one market is still a hell of a lot of capital. 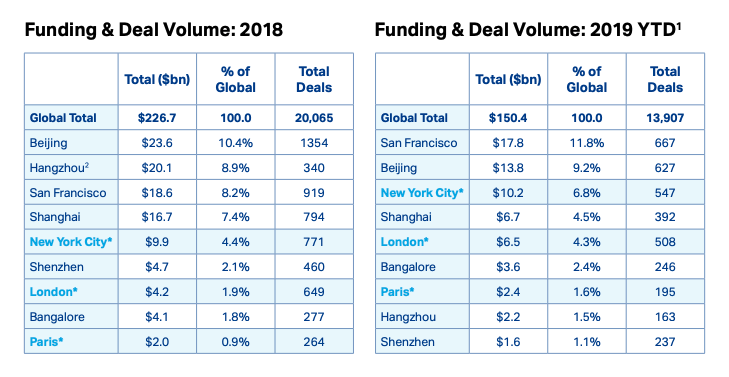