You’re forgiven if you thought Yammer — Microsoft’s proto-Slack, not quite real-time chat application — was dead. It’s actually still alive (and well) — and still serves a purpose as a slower-moving social network-like channel for company and team-wide announcements. Today, Microsoft announced that, among other updates, it will offer a Yammer integration in Teams, its Slack competitor. Yammer in Teams will live in the left-hand sidebar.

With this, Microsoft’s two main enterprise communications platforms are finally growing together and will give users the option to use Teams for fast-moving chats and Yammer as their enterprise social network in the same way Facebook messenger and its news feed complement each other. 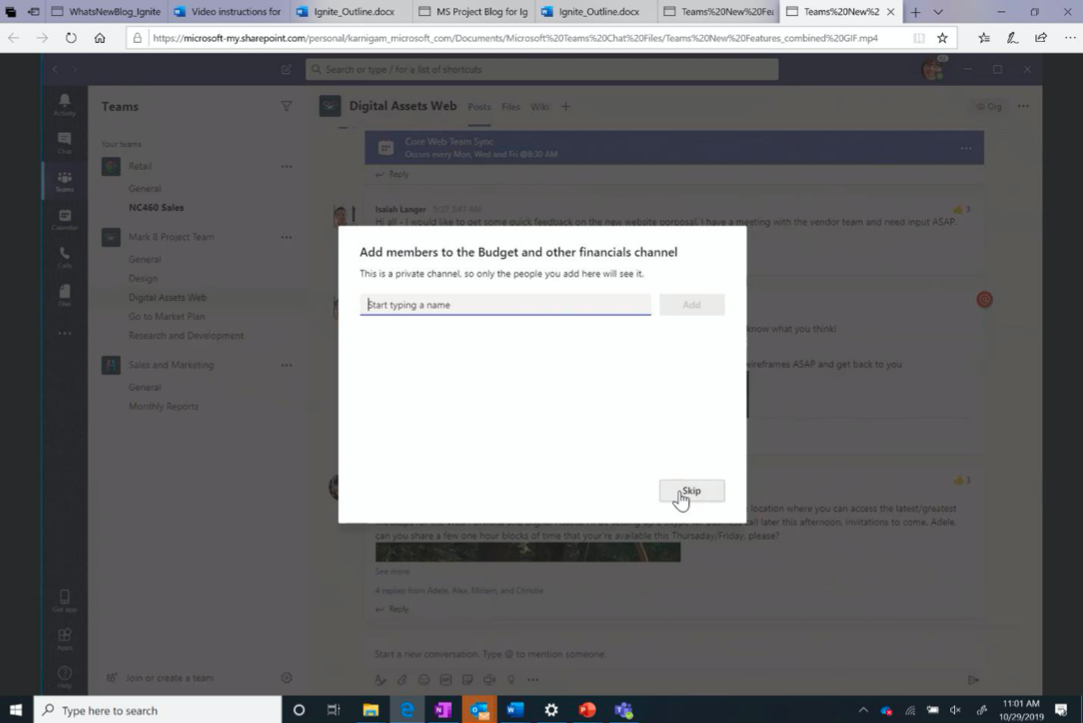 Oh, and Yammer itself has been redesigned, too, using Microsoft’s Fluent Design System across all platforms. And Microsoft is also building it into Outlook, too, to let you respond to messages right from your inbox. This new Yammer will roll out as a private preview in December.

With this update, Teams is getting a number of other new features, too. These include secure private channels, multi-window chats and meetings, pinned channels and task integration with Microsoft To Do and Planner (because having one to-do app is never enough). Microsoft is also making a number of enhancements to Teams Rooms, with upcoming support for Cisco WebEx and Zoom meetings, the Teams Phone System, which is getting emergency calling, and the IT management features that help admins keep Teams secure.

A Teams client for Linux is also in the works and will be available in public preview later this year.