Today at its Google hardware event, Google introduced new mesh routers called Nest Wifi. This is a successor to the Google Wifi product it introduced a couple of years ago, but with a number of improvements. The new Nest Wifi consists of two types of devices: one is a router that plugs into your modem, and one “point” amplifies the signal and extends the network; it’s more powerful so you only need these two things.

It’s available to pre-order, and will ship on November 4. It comes in a two-pack or three-pack variant, for $249 or $349 respectively, and will be available in eight countries at launch.

Google says that Nest Wifi offers 2x better speed than Google Wifi, with up to 25% better coverage. That’s from the two-piece system, which Google says is probably enough to cover the same space as the three-puck Google Wifi original system.

The hardware is designed to be placed out in the open — Google paid attention to design here to make sure it looks good enough to keep it where it’ll work best to provide a signal. And the “point” has a built-in speaker and microphone array, with onboard Google Assistant support, making it double as a smart speaker — which really does add to the overall value in terms of what you’re getting for the money.

Like Google Wifi, it offers simple setup, parental and guest controls, as well as “seamless setup” for smart home devices from within the Google Home app. 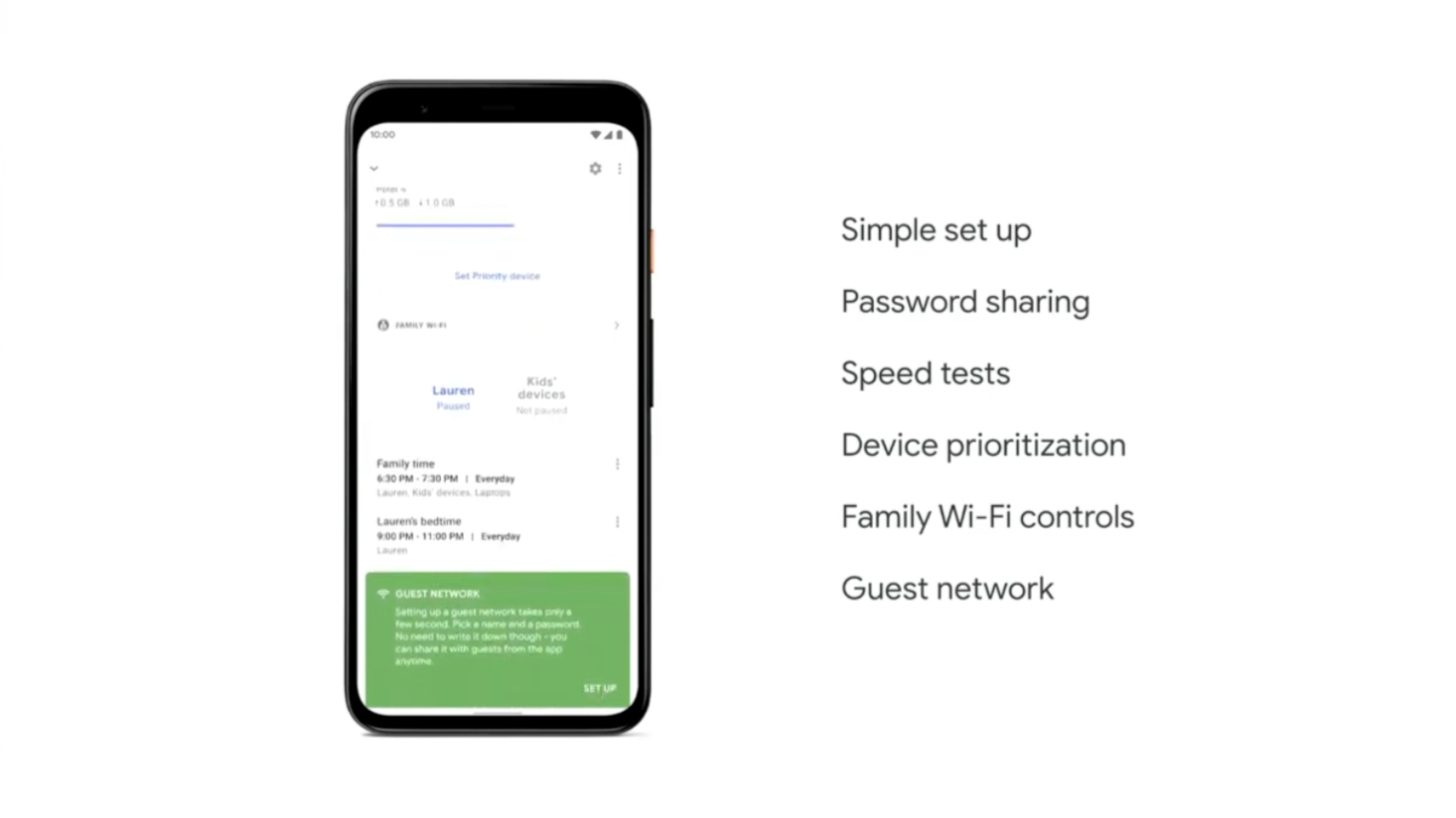 Interestingly, Google said that Google Wifi has been the top-selling mesh Wifi system in both the U.S. and Canada since its launch, so it’s clearly seeing a lot of success in this category. The company was also quick to point out that it has provided 15 updates to the original hardware since its launch, adding new features and improving performance, so expect a similar slew of post-purchase updates for Nest Wifi, too.