SoftBank did not let up the flow of capital to Brazil this month, staying busy despite the WeWork debacle. With two more $100 million-plus rounds in QuintoAndar and MadeiraMadeira, the Japanese investor has funded at least one more unicorn in the Brazilian ecosystem. Their investments in Brazil from the past two months alone far outstrip Latin America’s venture capital funding in all of 2016.

In early September, SoftBank backed QuintoAndar for a $250 million Series D round alongside Dragoneer, General Atlantic and Kaszek Ventures, which recently made headlines for raising $600 million to invest in Latin America. QuintoAndar is a real estate rental startup that simplifies the process of locating and renting an apartment in Brazil. Although the startup only has 2% of the rentals market share in Brazil, QuintoAndar’s tech solution enabled them to scale rapidly, beating out traditional incumbents in the region’s bureaucratic rental structure.

QuintoAndar’s founders ideated the business model while they were struggling to find an apartment in São Paulo after finishing their MBAs at Stanford. They have seen property rentals grow 5x on their platform since raising a $70 million Series C just nine months ago.

SoftBank stayed bullish in Brazil with a $110 million investment in home goods marketplace Madeira Madeira, which has been described as the “Wayfair of Brazil.” This drop-shipping business has grown to sell thousands of products online with a relatively capital-light model that connects buyers directly with warehouses, saving on overhead costs. The SoftBank investment dwarfs all of Madeira Madeira’s previous capital raised — $38.8 million — by almost a factor of three.

Madeira Madeira plans to use the capital to expand across Latin America, as well as improve logistics and customer service. Konfio provides unsecured loans to small and medium businesses in Mexico that are currently underserved by the traditional banking sector. Goldman Sachs contributed up to $100 million in secured credit to Konfio to allow them to make up to $250 million in loans to 25,000 companies over the next 12 months. Victory Park Capital also contributed to this debt round, bringing Konfio’s total raised to $43 million in equity and $260 million in debt.

This capital mints Konfio as one of the largest fintech startups in the region. It will also allow them to take on larger loan sizes. Konfio’s average loan size hovers around $20,000. Konfio uses credit ratings to calculate risk and disburse loans within 24 hours, and at half the rate of a traditional bank loan.

To date Konfio has served over 1 million clients in what is currently a $100 billion market in Mexico. Mexico’s access to credit is still significantly lower than the rest of Latin America, so Konfio is well-placed to grow within this market, especially with this new funding.

Klar was founded less than 10 months ago to help Mexicans access free and fair financial services through digital banking. Currently Klar offers a debit and a credit product with transparent fees; today, only 15% of Mexicans have access to credit cards, most of which have +60% interest rates and a lot of hidden fees. Klar wants to make banking accessible for everyone in Mexico through their free digital platform.

This startup will be one to watch over the coming months as it competes with Nubank and other local neobanks to bank Mexico’s unbanked. 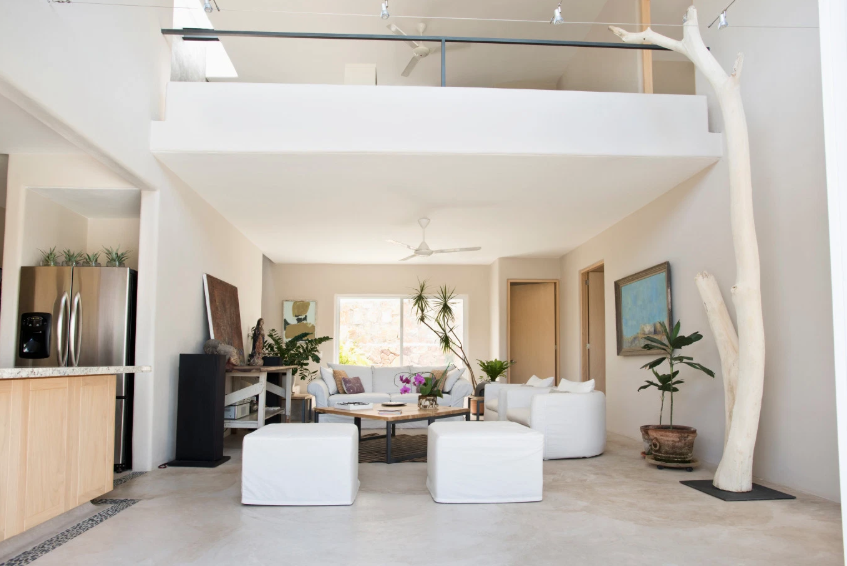 U.S. and Mexican investors back Flat, an Opendoor clone in Mexico

Mexican property-tech startup Flat is taking the Opendoor model to Latin America. This startup raised an unprecedented $4.6 million in their pre-seed round led by ALL VP, with support from Liquid2 Ventures, Next Billion, Picus Capital and angels.

Besides Mexican e-scooter giant, Grin, Flat’s pre-seed is the largest ever for Mexico. Flat’s founders, Victor Noguera and Bernardo Cordero, are betting on a $25 billion home sales market in Mexico that is currently stuck in the 20th century. Flat will allow homeowners and buyers to gain access to accurate information about home prices (think Zillow in the U.S.), as well as managing the slow process of notarizing the purchase after the fact. With Flat, the startup manages everything from valuation to ownership transfer, all through their platform, and within 72 hours of purchase.

Flat will use this investment to vertically integrate within the Mexican market, rather than expanding across Latin America.