“Make their metrics your metrics” is one of Flexport CEO Ryan Petersen’s mantras. Sometimes that means building free software for your clients. It can be frustrating aligning your fates with a fellow business if they operate on email, phone and fax like much of the freight-forwarding industry that gets pallets of goods across the world from factories to retailer’s floors. So today, the new Flexport Platform launches, allowing brand clients, their factories and their Flexport logistics reps to all team up to get stuff where it belongs on time.

The software could further stoke Flexport‘s growth by locking in customers to work with the shipping startup that was valued at $3.2 billion after raising $1 billion from SoftBank in February (to bring it to $1.3 billion in funding). Flexport’s revenue was up 95%, to $441 million in 2018, Forbes’s Alex Konrad reported. Yet there’s plenty of green field to conquer given even Flexport’s largest competitor Kuehne & Nagel only holds 2.5% market share while the whole freight-forwarding industry grows 4% per year. 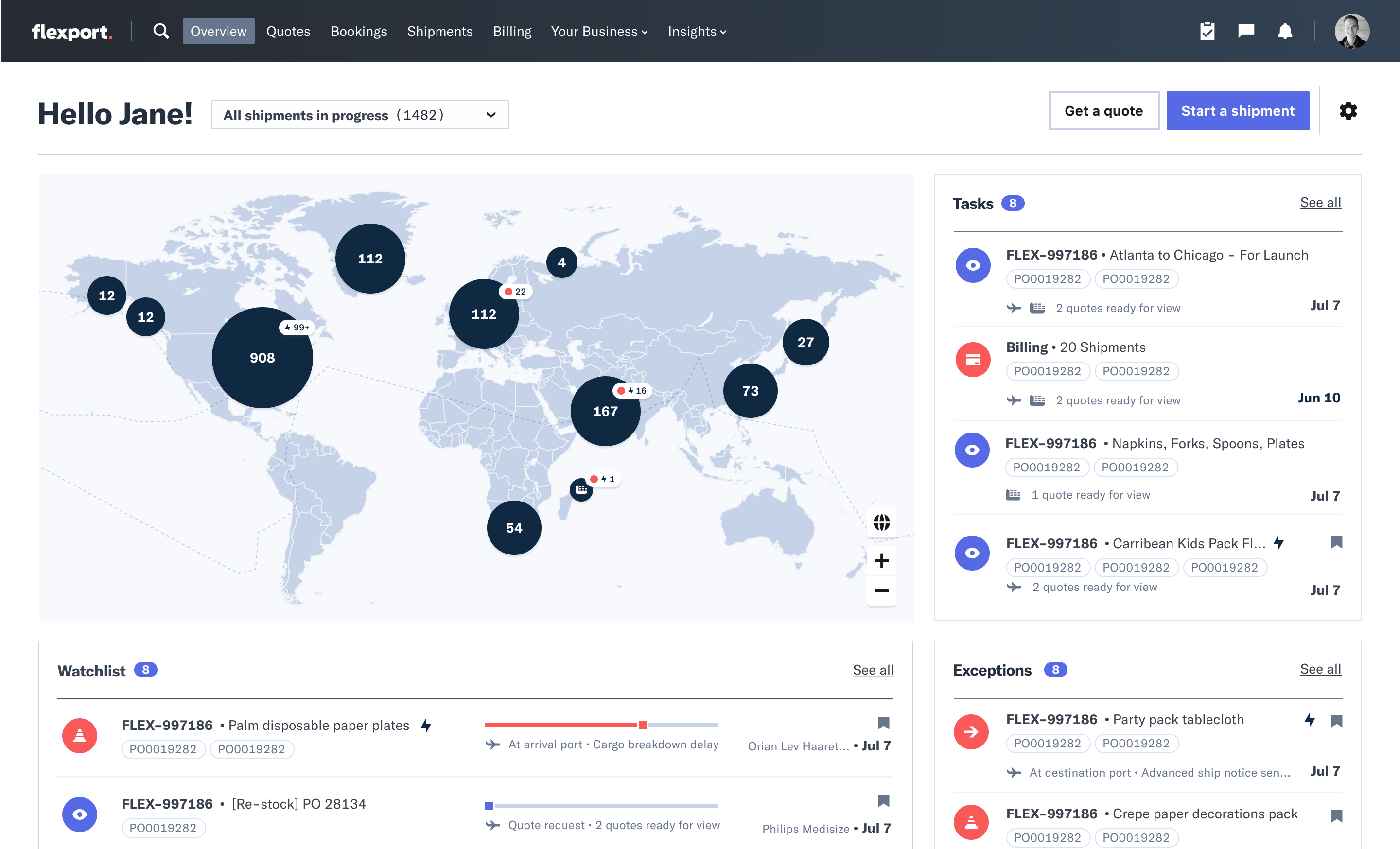 The Flexport Platform lets 10,000 clients, like Bombas socks, invite their suppliers to collaborate on managing shipments together. An integrated calendar makes shipping timelines clear. A map gives clients a god-view of their freight criss-crossing the globe. Pre-filled forms expedite compliance. Tagging lets users group shipments and filter or search their dashboards, and flag something for extra care — like a pallet of goods critical for a marketing launch event. Collaborators also can sync up via a Facebook Wall-style feature, or direct message the team with threaded conversations, much like Slack. 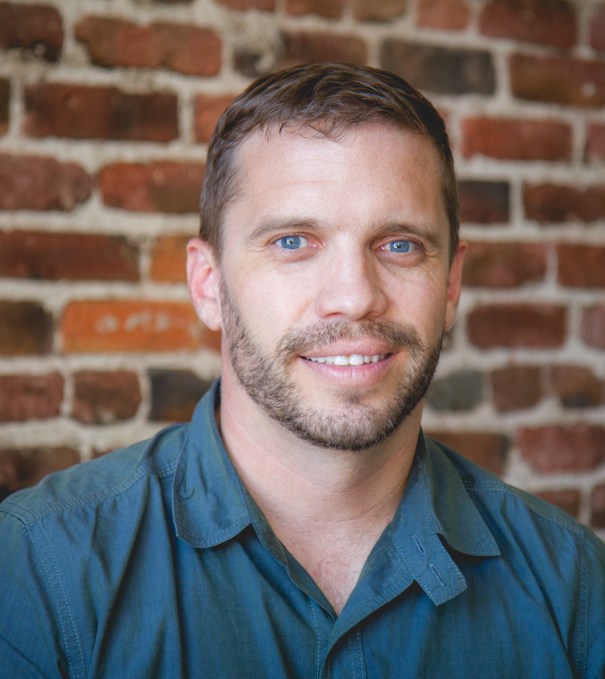 “There’s infinite demand for a job well done,” Petersen says about his industry. “The hard part has always been doing a good job.” Taking the confusion out communication scattered across email chains means clients get shipping documentation filled out 50% faster with 4X more accurate data. Flexport is on the tip of the tongue as software eats the world, with antiquated sectors suddenly leveling up.

Petersen saw the inefficiency first-hand growing up running his own import/export and customs business. He is part of a wave of entrepreneurs attacking unsexy businesses that the typical Silicon Valley enterprise exec might never stumble across. But three years after we profiled his scrappy company, when it had raised just $26 million in funding and had 700 clients, Petersen tells me “We’re trying to retire the word ‘startup.’ ”

It turns out top global brands like Sonos and Klean Kanteen don’t like the second half of “move fast and break things” when those things are boats and planes full of their products. “They want a company that will help them grow, not the fly-by-night startup,” Petersen explains. But with competitors trying to chase it and incumbents trying to adopt similar technologies, Flexport must maintain its agility to avoid being subsumed by the pack.

As his company has grown to 1,700 employees, he’s dedicated a ton of his time to keeping its culture in check — especially after a certain other logistics giant startup had some uber-painful troubles with workplace toxicity. “You either have too much bureaucracy or not enough process, and no one knows what to do. The English language lacks a positive word for bureaucracy — just the right amount of process so people can move quickly.”

That’s what Flexport wanted to give clients with the new platform. From a dedicated tasks queue to a notifications pane, it’s built to take the guesswork out of what to do next while being as approachable as consumer software for new users. That also why it’s free. It’s not supposed to be some chore you’re forced to complete, product lead Frank te Pas tells me. “As you move your first shipment you get onboarded onto this system” says te Pas. “It’s our way of helping.”

That’s meant a ton of personal growth, too. Petersen is still enthusiastic, curious and charmingly rough around the edges, but he carries it all with more dignity and gravity than a few years back. “The only way I get to stay in this role is if I learn faster than anybody else. Being the CEO of a 1,700-person company is not something I knew how to do four to five years ago, or even last year,” he tells me. “I’ve changed and become more self-aware. It’s been really important to take care of myself — sleeping a lot, I quit drinking alcohol, I lost 30 pounds. I feel great.”

With plenty of cash in the bank, industry talent taking it seriously and new businesses like Flexport Capital freight financing and its cargo insurance offered in partnership with Marsh, the company might not be a startup for long. It looks like a hot candidate for a coming season of IPOs. And while this company has its own plane (the leading entry for the naming contest is “Weird Flex But OK”), it’s actually part of its shipping fleet.