Y Combinator has kept an eye on cannabis startups over the years, but it’s their latest investment that’s sure to attract the attention of both marijuana users and law enforcement.

SannTek Labs, which is launching with new funding out of Y Combinator’s latest jumbo class of startups, is building a new kind of breathalyzer that can detect blood-alcohol levels but can also determine how much cannabis a person has smoked or otherwise consumed in the past 3-4 hours.

CEO Noah Debrincat say that he wants the startup’s SannTek 315 breath testing device to help officers make stronger “evidence-based decisions” rather than only relying on unsophisticated roadside sobriety tests or blood tests, which can potentially take months to get results for and can lead to false positives by detecting cannabis use that took place several days prior to the test.

The SannTek breathalyzer detects the cannabis molecules in your breath, and gives a police officer a readout that lets them know if you have the drug in your system.

“We are specifically detecting Delta-9 THC, which is the predominant psychoactive component of cannabis,” Debrincat tells TechCrunch. “We understand how that gets into your breath. We understand what it does to you and the impairing side effects. And we know that if people are driving with high concentrations of that in their system, their psycho-motor skills are seriously decreased.”

A young startup building a device that could lead to people being arrested is obviously a pretty high-stakes situation, but Debrincat says they are confident in the tech and there are certifications that they’ll need in order to get the device into law enforcement hands. “The only way that a police officer will buy this is if NHTSA, the National Highway Transportation Safety Association, puts its stamp of approval on it,” Debrincat says, noting that SannTek is already in talks with the agency. 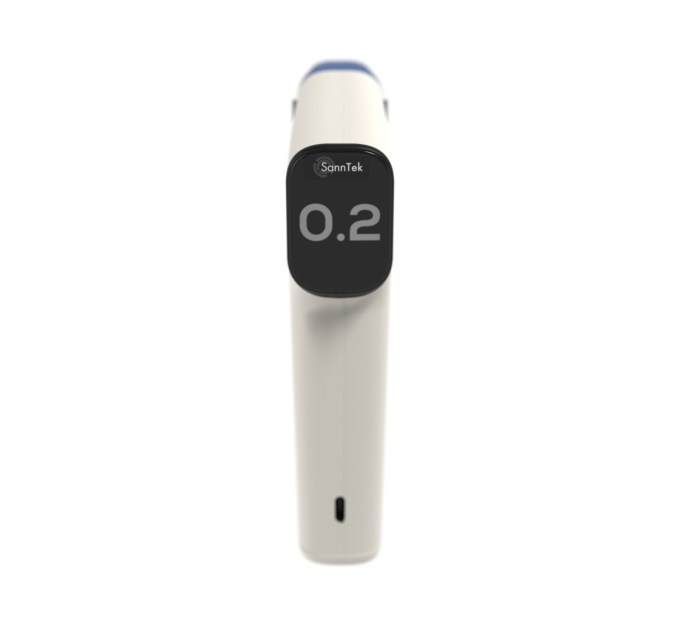 If it’s adopted, the startup’s device will be able to be used pre-arrest to give the officer a number indication of a driver’s impairment, or as SannTek further hones their device, the breathalyzer could be used for post-arrest evidentiary testing back at the precinct in a more controlled environment.

A Canadian startup building a device for U.S. law enforcement isn’t the most popular position, given many of the conversations around systemic discriminatory practices that result in higher police presence in communities of color. But Debrincat hopes that the company’s device can be part of a positive shift due to the greater objectivity it promotes and its tighter window of detection.

“The state of affairs currently is that there’s a bunch of misdemeanor charges for small weed crimes that are happening across America and one way to address that is by federally decriminalizing the drug, sure,” Debrincat says. “But what gives police officers power now is the ability to make a call because there is no [breathalyzer] device.”

There are reasons to be concerned for law enforcement getting a tool that could be used discriminately, but Debrincat says there is also plenty of reason to be concerned for the other drivers that are on the road while cannabis users might be driving impaired. The CEO tells me that drivers are 2x as likely to get into an accident while operating vehicles under the influence of cannabis. Other studies reinforce the risks of driving while high.

The company wants to keep the price of their device low enough that precincts across the U.S. can easily afford them; right now Debrincat says the startup is shooting for the $800-$1,000 range to stay competitive with other options out there.