I’m a big instant camera fan, but the film is expensive and the digital printers just aren’t very good. So I was delighted to see this alternative seeking funds on Kickstarter: the Alulu camera, which prints photos in black and white on receipt paper. Why did no one do this before?

The idea is so simple that you’ve already gotten it — no explanation necessary. But because explaining things is my job I am going to do so anyway.

The Alulu is an idea incubated by three friends as they left college, each heading their separate directions but looking to take a shot at making this cool gadget a reality before doing so. Right now it only exists in prototype form (they only thought it up in May), but it works more or less as intended, and it’s as silly and fun as I wanted it to be; I got to test one out, as it happened that one of the team members happened to live in my neighborhood.

The camera is a little box about the size of a fat point-and-shoot, with charming little dials on the top to select exposure mode or a 10-second timer if you want it, and a shutter button that’s hard to miss. On the side is the charge port and a button to advance the paper. And the back has a little frame that flips out and helps you set up your shot — very loosely, I hardly need add. 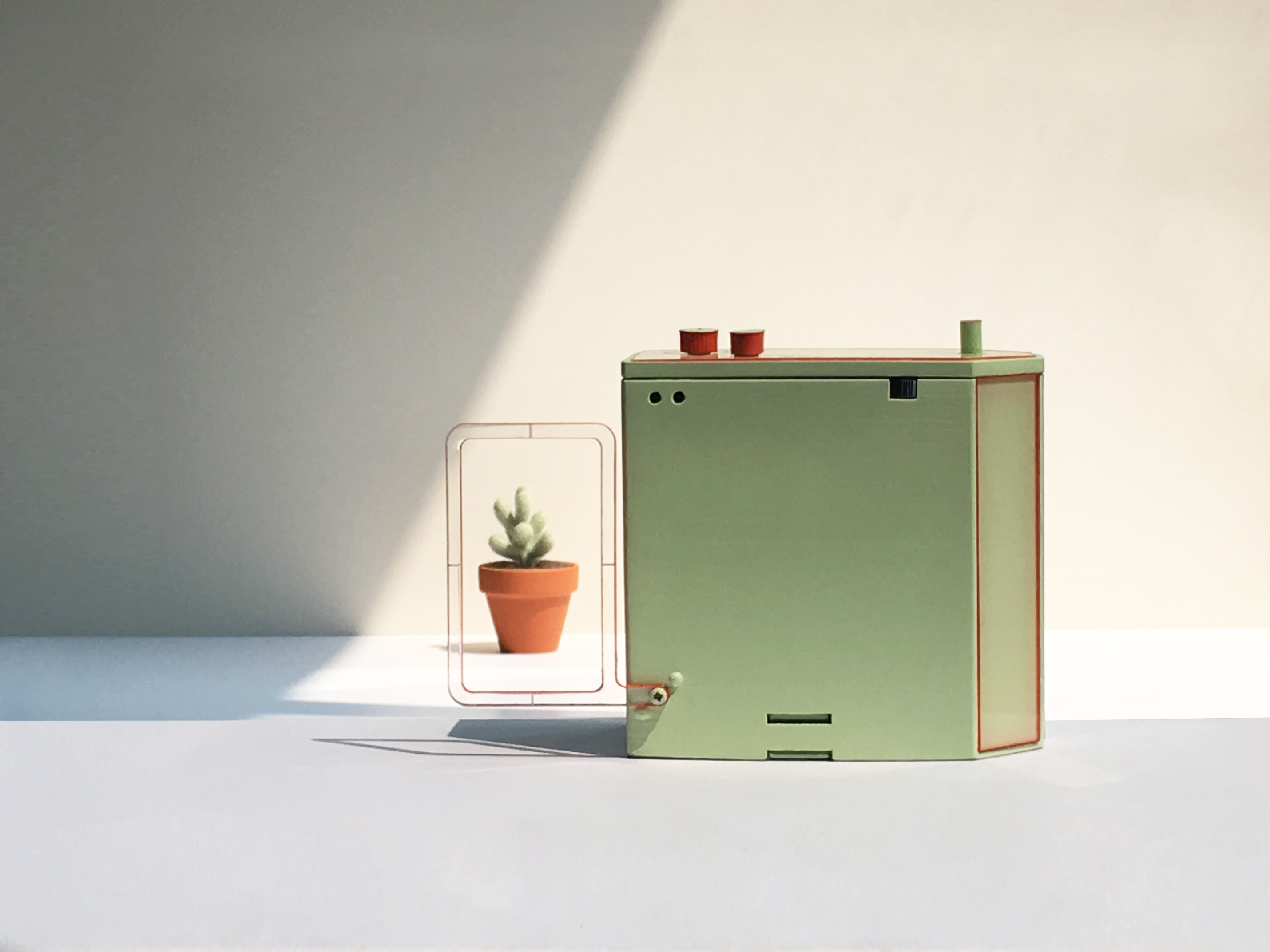 Inside the 3D-printed, acrylic-plated exterior, the guts of the camera are simple. An off-the-shelf camera stack that does all the hard work of actually taking a picture — but don’t worry about the megapixels, because they don’t matter here. The camera sends its signal to a custom board that prepares and optimizes the image for black-and-white printing.

To be clear, we’re talking black and white, not shades of grey. The printer inside the camera is a standard receipt printer, which uses heat-activated ink that’s either transparent or black and nothing in between. You feed paper in via a little chamber on the bottom.

Thankfully creating the appearance of shading in 1-bit imagery is old hat for computer graphics, and an algorithm dithers and tweaks the picture so that more or fewer dots in various patterns create the illusion of a wider palette.

The results are… well, photos printed on receipt paper. Let’s keep our expectations in line. But they’re instantly printed (with a little stutter like a dot matrix printer) and charming little artifacts indeed. You can even use receipts you’re given at stores or restaurants, if they fit, and you can always fold it over a bit if it’s too large.

(By the way, if you’re worried about being poisoned by receipt paper, don’t be. The stuff with high BPA content was generally phased out a while back, and you can order non-poisonous rolls of paper easily and cheaply.)

I think this thing is great, though I’m afraid that the projected $99 retail price might be too high for what amounts to a novelty. The idea, I was told, was to drive the price down with mass manufacturing, but until they do so they want to be honest about the cost of the parts (the printer itself is the most expensive piece, but like everything else the price goes down when you order a thousand or more).

Whether it makes it to the factory or not, I think the Alulu is a great idea. We need more weird, one-off devices in this world of ours where every function seems to devolve to the smartphone — and I’m tired of my phone! Plus, it can’t print on receipt paper.

The Alulu is currently looking for backers on Kickstarter. Go give it a pledge.