Kencko, a company that wants to help people eat more fruit and vegetables in their daily life, is entering feast mode after it announced a $3.4 million seed round for growth and product development.

We profiled the company last year, but — for those who missed it — Kencko develops plant-based products that help people eat healthily without having to suffer the pain of horrible-tasting food or other extreme eating. That’s to say that its fruit drinks, the company’s first product, include the pulp and vitamins absent in pressed juice but come in a convenient sachet that has been flash-frozen and slow-dried to retain all the goodness. The company says that each packet, which is 20g and mixes with water, contains two of the five-a-day recommendation for fruit and vegetable servings.

Right now, Kencko — which means health in Japanese — is selling the fruit drink with six flavor options. Founder and CEO Tomás Froes said the plan is to add as many as half a dozen new options before this year is out. Also coming are two new products that, like the drinks, are made from 100% organic fruits and vegetables to, again, make it easy and tasty to eat healthily.

Beyond products, Kencko is also using the new capital to develop its direct-to-consumer strategy. A big focus of that is its mobile app, which is currently in beta with early customers but will get a full launch this year, according to Froes.

Kencko products are sold in units but also as a subscription, and that bundle will include a personal nutritionist — from Kencko’s in-house team — who will use data collected in the app to help customers personalize their diet and approach to health. Further down the line, that may include face-to-face appointments in parts of the U.S. and remote-based sessions, added Froes — who runs the 25-person company with co-founder and CBO Ricardo Vice Santos.

Kencko wants to help you eat more fruit and vegetables

Kencko is focused on the U.S. and Canada but is available worldwide. Customers can buy the fruit drink through a $16 three-day-trial pack, or more committed packages of 20 and 60 sachets, which cost $60 and $150, respectively.

Froes became a vegan after being diagnosed with acute gastritis. He was inspired to start the company in 2017 after a 90% fruit and vegetable diet cleared the condition without medicine — a doctor had previously told him that he would need to be treated with a cocktail of pills for the rest of his life. 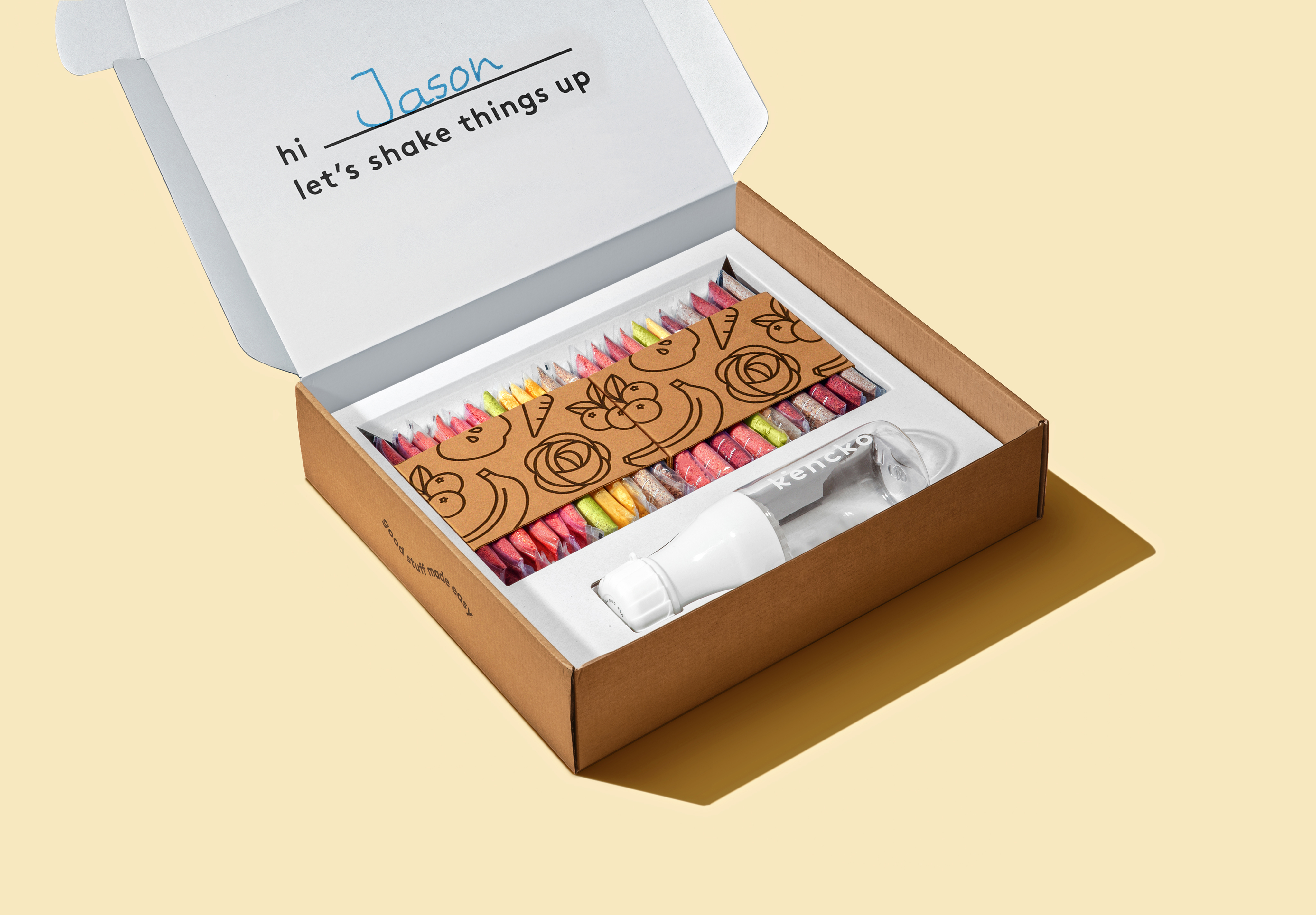 Now, with plant-based brands like Impossible Foods and Beyond Meat booming and increased media coverage of the science and sustainability of food, Froes believes interest in healthy diet options has never been higher.

“There is demand for more transparency and knowledge on ingredients,” he explained in an interview. “The past few years have sparked a completely new revolution around food.”