Immigration may not seem to be a tech issue. But for Americans with some personal or family experience with the idea of separated families and/or concentration camps, it can be hard to see what is currently going on in our names thanks to the U.S. Immigration and Customs Enforcement agency (better known as “ICE”) as anything less than the single most urgent moral or ethical issue in this country today.

This begs a disclaimer: I have Eastern European Jewish family roots in what became the Holocaust. I have a Cuban Jewish mother who came to this country by herself as a young girl refugee and was separated from her family for multiple years due to U.S. immigration policy.

I am a father myself. This piece is personal for me, in other words. If you want to know whether I can be objective here, I would have to admit that seeing repeated images of thousands of children, as young as 4 months old, facing inhumane and abusive conditions in my government’s name and supported by my tax dollars, has been quite possibly the most morally disturbing experience of my life.

Still, given that I write specifically about the ethics of technology here at TechCrunch, is this topic “a fit” for this column? Well, “fortunately,” if not for me or any of us personally, then at least regarding my desire to write up ICE for this column: the Silicon Valley tech industry has a long and deep history of entanglement with undocumented immigrants to this country. And in fact, “thanks” to tech companies such as Palantir, Wayfair, and Amazon Web Services and their present-day collaboration with ICE and its concentration camps, tech and immigration ethics is very much a live topic for today.

It’s also a disturbing and depressing topic. Which is why I’m hoping to offer some hope, by concentrating not only on camps and detentions, but more on a series of innovative and impactful recent protests, in which tech companies played leading roles — both as objects of criticism in some cases and as helpful resources for the critics in others.

First, let’s focus on Palantir. As Manish Singh wrote in TechCrunch in May, “Immigration and Customs Enforcement documents, obtained by advocacy organization Mijente through Freedom of Information Act litigation, note that agents of ICE’s Enforcement and Removal Operations used Palantir’s software to build profiles of immigrant children and their family members for the prosecution and arrest of any undocumented person they encountered in their investigation.”

In other words, along with beds from multibillion-dollar furniture unicorn Wayfair, and web hosting from Amazon, the Peter Theil-funded Palo Alto software power is making this country’s showdown over immigration actively about the tech world, and this Monday, July 8, hundreds of protestors went to Palantir’s offices as part of a week of coordinated activities nationwide. 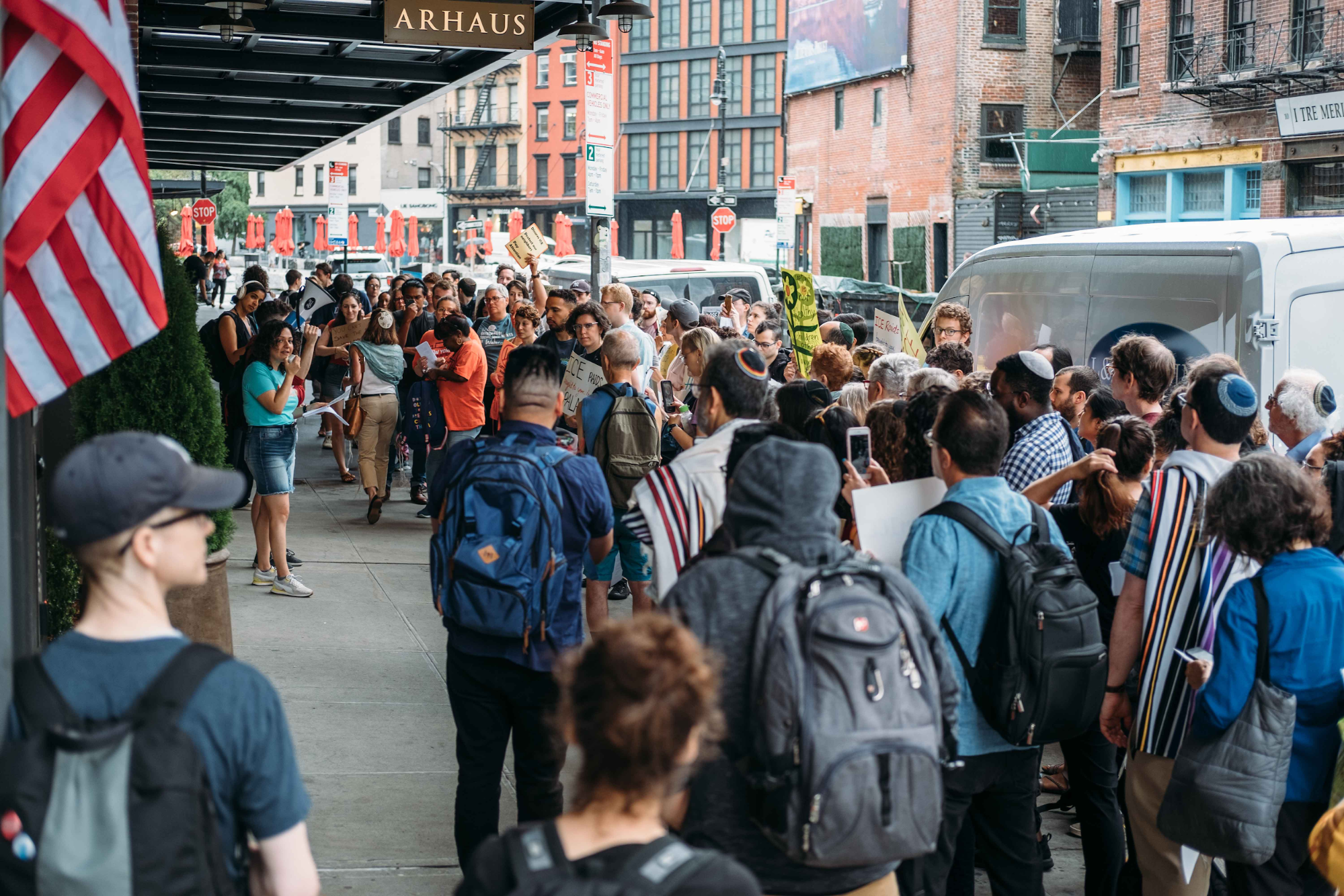 As Mijente campaigns director Priscilla Gonzalez told me, “We noticed the escalation of ICE operations, their invasions of homes, workplaces, and communities, and we began investigating just how people were being monitored and tracked like never before.”

While it remains to be seen whether such protests will persuade Palantir to drop their contracts with ICE, what is clear is that the trend of staging significant protests against such institutions is only going to grow, as more and more grassroots groups, students, tech workers, faith leaders, elected officials, and others unite to hold them accountable.

Which brings me to my interview for this week.

A few days before the Palantir protest, and less than a week after an employee walkout from the Boston headquarters of Wayfair also drew hundreds of employees and supporters, another major ICE protest took place in Boston. This time, on July 2nd, it was a group of Jewish activists collaborating with Movimiento Cosecha, an organization representing undocumented immigrants.

Echoing yet another protest just a day earlier in which 36 Jewish activists were arrested while protesting an ICE facility in New Jersey, while carrying banners imploring “Never Again Para Nadie” (for no one), in Boston 18 protestors were arrested in similar fashion (multiples of 18 are culturally and religiously significant in Jewish tradition). While the Boston protest was not specifically tied to the tech industry, it was a moving — and telling — example of what tech companies might begin to expect if they continue involvement with ICE.

One of the arrestees in the Boston protest, moreover, was someone I had already been hoping to interview for this column — the nationally renowned sexual ethicist, author, and activist Jaclyn Friedman. As you will see below, Friedman has a lot to say about the intersection of sex, ethics, and tech. She insisted, however, that this interview focus almost exclusively on the ICE protest and the ethical issues behind it. I think the resulting conversation was powerful and educational. 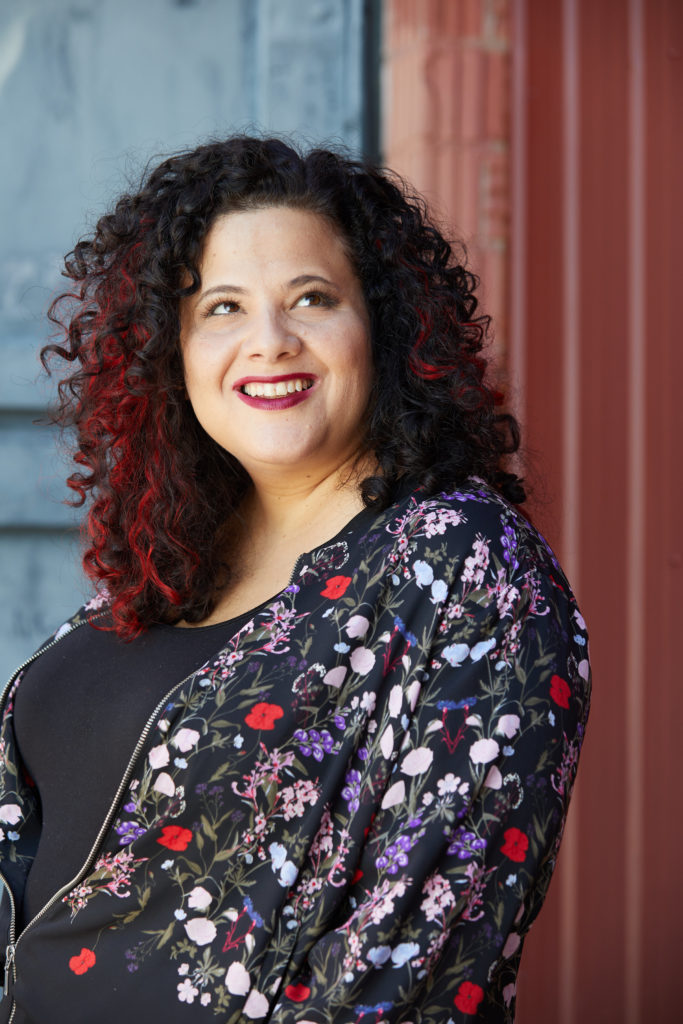 Greg Epstein: I know you through your work as an expert in sexual ethics, and I’ve been wanting to interview you about work you’ve done on the intersection of sex, ethics, and tech. But then I saw you’d participated in this — what I think may have been a landmark protest — and I had to talk with you about it. Given your background, what led you to participating in this protest?

Jaclyn Friedman: I certainly can and will make connections between what we just did with the Jews Against Ice action [and] sexual ethics, but I honestly just came to it as a human person, and as a Jew who’s just panicked and outraged, and felt a strong need to do something more. This action appealed to me as a Jew, because my activism stems from my Judaism.

That’s where I learned about social justice, where I get the fire in my belly, both in terms of Jewish teachings about tikkun olam, as well as, it just happened the Temple I grew up in was led by the first woman ordained in the modern era, Sally Priesand. [She] was, before I even knew the word feminism, my first feminist role model.

But also obviously the US is running concentration camps, and it’s impossible for me to not take that personally as a Jew. It certainly has everything to do with my work on sexual ethics which is functionally work about bodily autonomy.