“No bad conversations between companies and their customers is what we’re shooting for,” Kair Käsper tells me. He’s the head of Growth of a relatively new startup called Klaus, which he founded together with old high school friend Martin Kõiva.

Most recently the pair were employees at Pipedrive, holding the roles of director of Product Marketing and global head of Customer Support, respectively. Many years prior to that they shared a flat together and worked on a number of projects. One of those was an applicant-tracking startup called Jobkitten “that didn’t really go anywhere.”

The latest Käsper and Kõiva venture, however, appears to already be on firmer footing. Described as a “conversation review and QA tool for support teams,” Klaus is designed to help companies improve the quality of customer service. Two years in the making but only launched formally six months ago, customers already include Automattic, Wistia and Soundcloud. And today the Estonian startup is disclosing $1.9 million in seed funding led by Creandum, the first Baltic investment by the Swedish VC firm and the first from its new fund.

“The problem is that maintaining an even, high level of customer service quality is hard,” explains Käsper. “It becomes even harder if you have over 20,000 monthly conversations with customers and your support team is 100 people in three offices.

“As the head of customer support, you want everyone on your team to provide answers that meet with internal standards, regardless of how long they’ve been with the company or how seriously they take their job. You get very anxious in this situation, because you have no idea about what’s going on in those thousands of conversations. For you, no visibility means no control.” 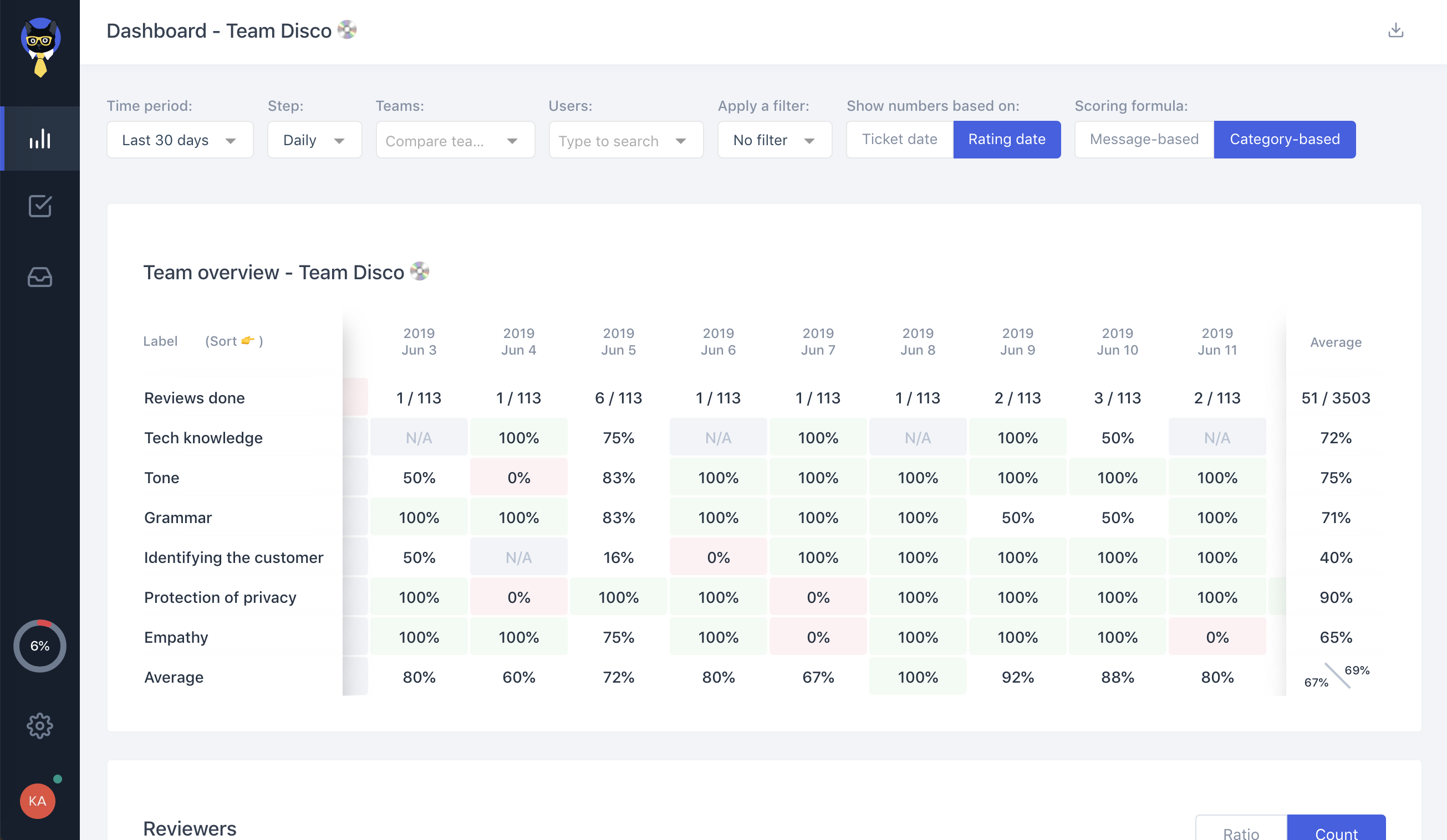 He says that his and Kõiva’s firsthand experience at Pipedrive taught them that the key to quality assurance is going through past interactions and giving systematic feedback to agents. “Kind of like code review in engineering or the editorial process in writing,” he says. “Teams all over the world are discovering this now, but they almost always start with a manual process, managed in spreadsheets. They get stuck fast.”

To make this type of feedback loop more scalable, Klaus has created a purpose-built UI for giving internal feedback. Smartly, it also integrates with modern SaaS help desk solutions, such as Zendesk and Intercom.

“[The software also has] countless specialized features that allow you to focus on the actual feedback instead of managing a spreadsheet,” adds the Klaus head of Growth. They include the ability to easily filter out conversations for review, rate them based on a customized score card and notify agents of received feedback through email or Slack.

Meanwhile, the young company makes money by charging a monthly or yearly subscription fee based on how many users are connected to its app. In other words, just like Pipedrive before it, another classic enterprise SaaS play out of Estonia.

Update: An earlier version of this article wrongly said that Kair Käsper is CEO of Klaus; his job title is actually head of Growth.