San Francisco is a city of extremes, with multibillion-dollar glass-cladded obelisks piercing the SoMa sky while thousands of the city’s long-term residents fail to find even the basic rudiments of housing and other social services.

The tech industry has created the world’s greatest inequality machine, solving every one of our problems except the ones like housing affordability, education access and healthcare availability that might lead to greater agency and equality.

Now though, a growing list of the Valley’s leading companies are engaging with the issues in their own neighborhoods and globally — as are their employees.

Fast Forward, an accelerator of tech nonprofits based in SF, announced today that it has raised $5 million in new philanthropic funding from leading companies like Google.org, Twilio.org, Blackrock, the Hewlett Packard Enterprise (HPE) Foundation, Okta, PagerDuty, AWS, GitHub and many more.

Like traditional accelerators such as Y Combinator, Fast Forward selects a batch of very early-stage startups working on large social challenges and helps them scale their products, culminating in a series of three demo days in SF, Silicon Valley and New York City. Fast Forward invests an unrestricted $25,000 in each startup.

We’ve covered the accelerator before, but in addition to raising more cash than the last time we checked in, co-founders Shannon Farley and Kevin Barenblat explained to me that an emerging pattern is the depth of engagement from tech workers. “We have doubled the number of partners that support” us, said Farley. She said that when they started, they only had support from a couple of groups like Google and Blackrock, but that the list now includes more than 40 tech companies.

As those companies have invested more resources into Fast Forward, company employees are also engaging more fervently in the program. More than 100 mentors — many drawn from funders — now act as mentors in the program. In addition, working through Fast Forward, HPE’s 60,000 employees were given $1 million in gift cards to invest in tech nonprofits as part of a company-wide philanthropic initiative; 31 tech nonprofits received funding as part of the HPE Accelerating Impact program.

Barenblat explained that as a nonprofit accelerator, they can take a much broader role in building out this particular niche. “Compared to a for-profit accelerator that is interested in growing their portfolio … we actually do quite a bit to support [the ecosystem] beyond just the organizations that come through our program,” he explained.

The accelerator has now worked with 41 startups. This summer’s batch includes 10 startups, like Almost Fun SAT, which is helping under-resourced students get access to better college test prep exercises; FreeFrom, which helps domestic violence survivors get access to compensation; and Hikma Health, a health management platform for refugees. 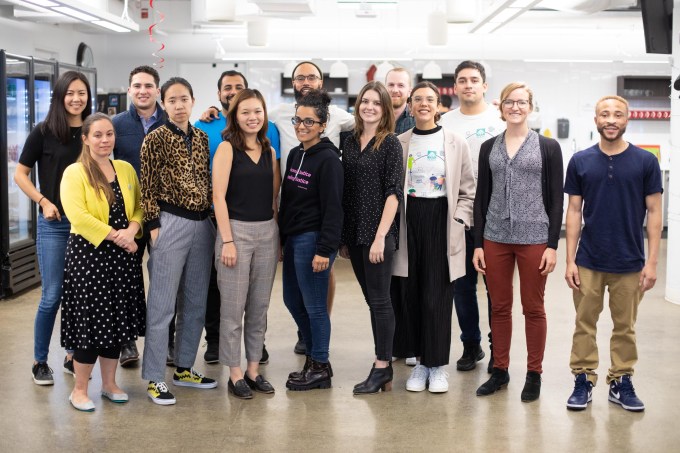 As the tech nonprofit sector garners more attention, Farley and Barenblat believe there is an opportunity to “10x” the number of startups and the level of capital heading into them. They said that this new funding would help to create a “tech nonprofit playbook,” which they hope will help guide entrepreneurs interested in targeting hard challenges to get started.

As these startups grow, Barenblat hopes that more tech employees will get personally involved in philanthropy because the startups will look and feel familiar but are solving tough social challenges. We expect to “see more and more leaders in the tech community” standing up for these issues, he said.

Ultimately, the two hope to make the next batch of startups into household names. “Most of your readers know Wikipedia, and Mozilla, and Khan Academy,” Barenblat said. Fast Forward wants the next generation of tech nonprofits to reach that level of stature.

With some effort, the tech and product thinking that made books and taxis arrive at our doorstep in minutes can be transferred to other challenges — building a more equal world in the process.