The Echo team must have started sweating when the Lenovo Smart Clock was announced during CES. Deep inside Seattle’s Day One building, Amazon was reading the release of the Echo Show 5, a pint-sized version of the company’s smart screen that bore more than a passing resemblance to Lenovo’s Google Assistant device.

Amazon, of course, beat Google to the category by years with the first Echo Show and innovated the bedside model with the Echo Spot. But Google and its cohort have a way of catching up to and eventually passing the competition.

The Echo Show 5 isn’t designed solely for the nightstand. In fact, the product packs in a few features that Lenovo’s device lacks, including video playback and an on-board camera — both elements that could ultimately make it something of a mixed bag for the bedroom. It’s hard to know precisely where the Show 5 lives, especially with Amazon keeping the Spot around for the time being.

The Spot’s round form factor makes it the most delightful member of the Echo family, but like the Smart Clock, the new Show does a better job blending in, courtesy of a square design and cloth-covered backing. At 5.5 inches, its display is considerably larger than the Spot’s 2.5-inch screen, and a bit above Lenovo’s four inches. It will take up a bit more space on a nightstand — but just a bit. The Spot’s round design gives it a fairly sizable footprint in spite of a small screen. 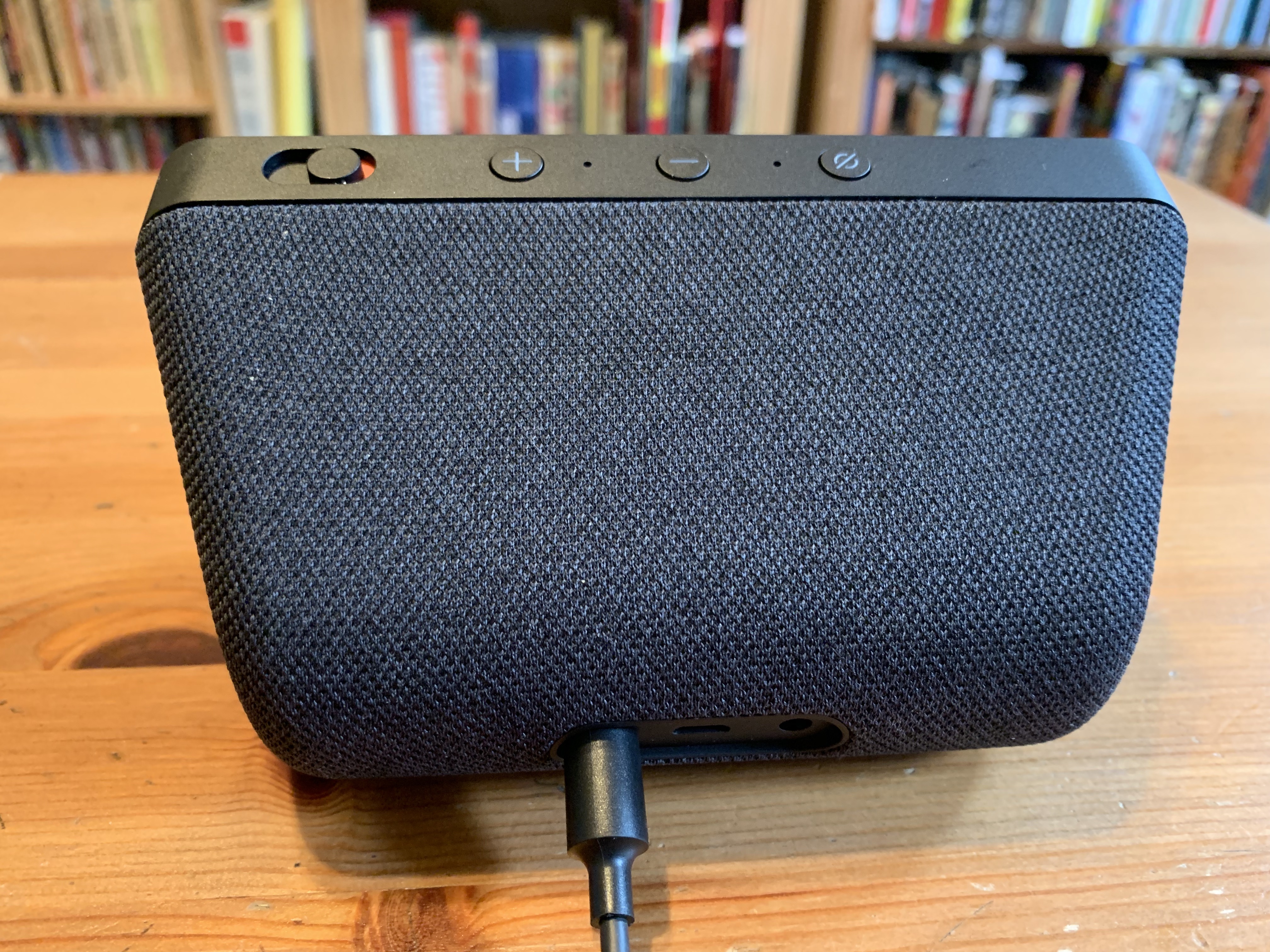 In most ways, in fact, the Show 5 makes the current generation Spot redundant. In fact, I was a bit surprised to hear that the company would not only be keeping the original Spot around, it would be maintaining the same $130 price point — a $40 premium over the mini Show. Amazon could well be refreshing the Spot toward the end of the year, but it’s not going to burn through back stock at that price.

I do think Lenovo’s device loses something without the ability to play back video. A four-inch smart display isn’t the ideal way to watch video and it’s probably an unnecessary feature for the bedside, but YouTube integration is one of the biggest strengths of Google’s smart screens. That’s kind of squandered here.

On the Show, you’re stuck with Amazon’s video offerings. There are other instances, however, where video’s a great idea. The ability to watch live streams from smart security cameras and baby monitors comes to mind. I can certainly see the appeal in being able to see what’s going on out in front of the house without having to leave my warm bed.

The inclusion of a camera, on the other hand, continues to feel like a misstep. I understand that Amazon’s continuing to push video chat with all of the products, but introducing a camera on a product that will likely primarily be used in the bedroom is probably more trouble than it’s worth. Amazon clearly got the memo on this and other privacy issues, including a physical lens cap. By flipping a switch up top, you slide a barrier in front of the camera. 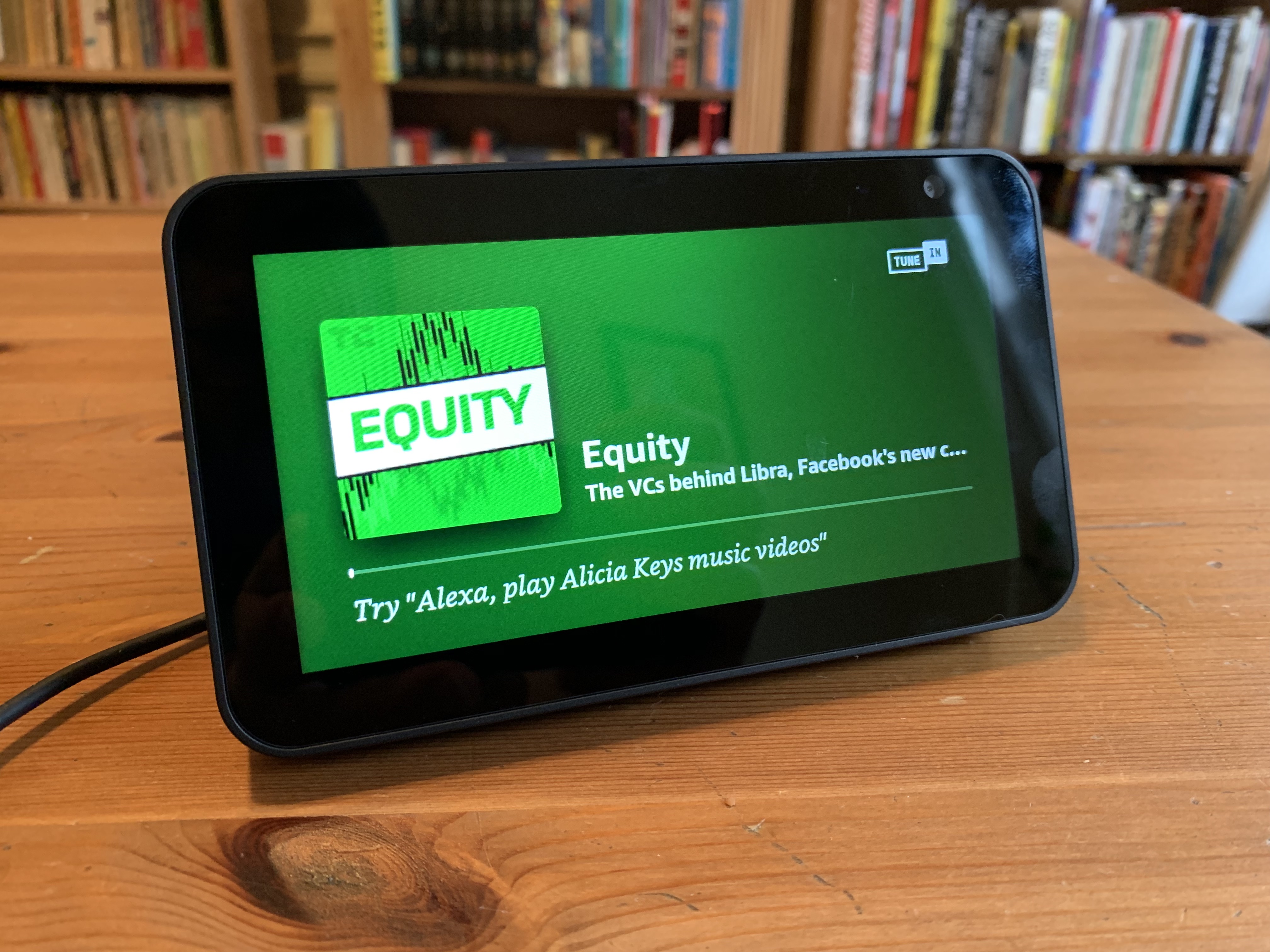 The lens cap is bright white to contrast with the large surrounding black bezel. There’s also a red marking up top that appears when the camera is obstructed. I kept the cap on for a majority of my testing — you know, just in case.

Where the Smart Clock really shone was its features designed specifically for a night table. The new Show has some, including routines like “Alexa, start my day.” That will trigger a succession of different features, including weather, traffic and customized news selections — it’s a nice blend for tempting you to get out of bed (though the news might have the knock-on effect of making you pull the sheets over your head). Lacking here are the gradual wake alarm, tap to snooze and the inclusion of a USB port for charging your phone while you sleep. 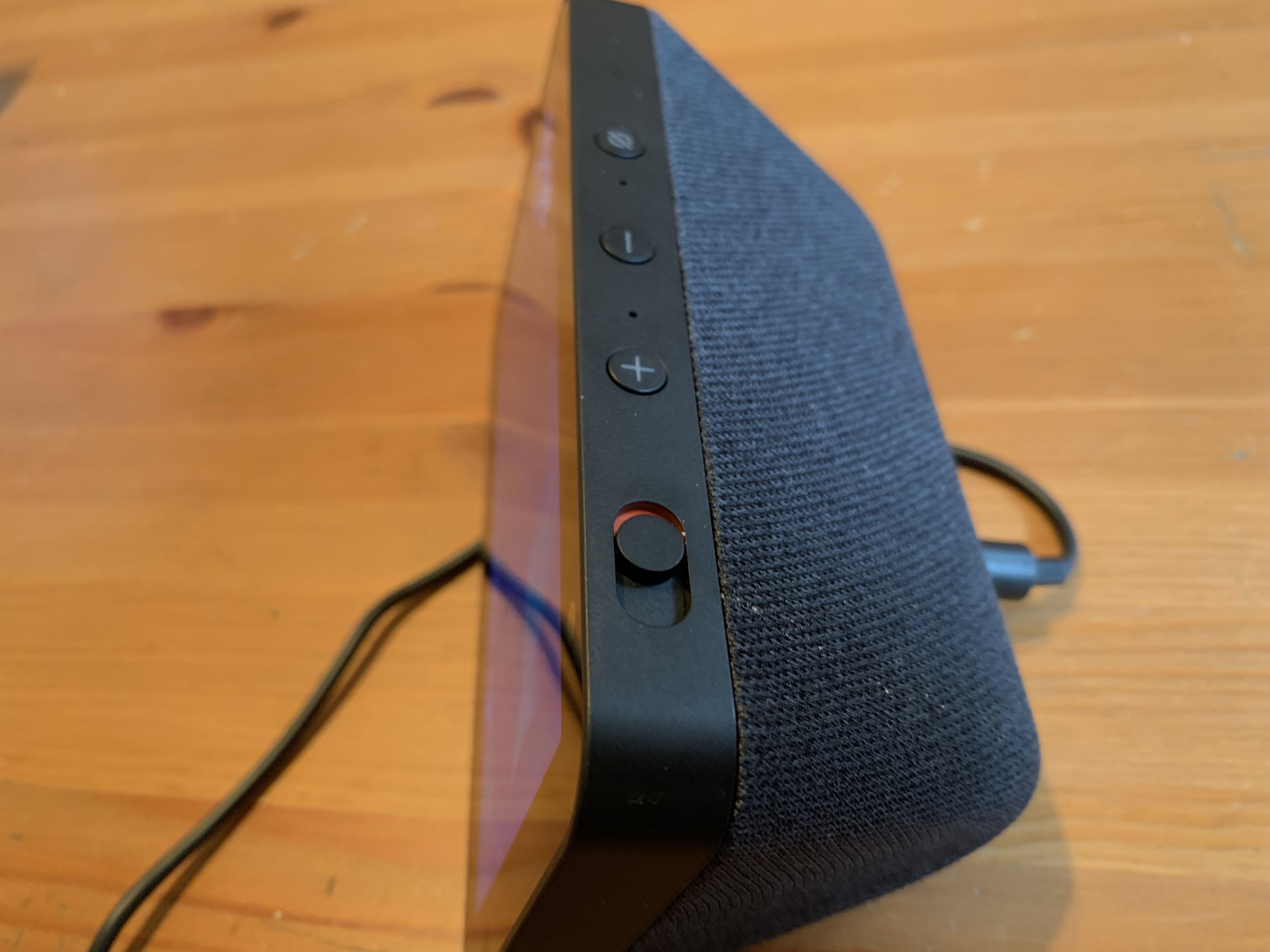 As for the inevitable showdown between the Show 5 and Smart Clock, that’s almost entirely down to which smart assistant you prefer. For my money, Google’s got the edge with Assistant, but both perform most tasks at roughly the same level. That includes the standard array of multimedia offerings played through middling speakers, along with smart home features — though it will be interesting to see how Google continues to refine the latter on its own Nest Hubs.

At $90, the Show 5 is considerably cheaper than its 10-inch namesake and $10 more than Lenovo’s offering. The latter at least will likely be negligible for most. Simply put, if you’re looking for a smart home hub to double as an alarm clock, Lenovo’s your best bet. If video playback and chat are important, Amazon’s got you covered.