Knowledge is the fuel of business. Every decision requires a full understanding of the data underlying it, and that means reaching out not only to an organization’s own staff for insight, but also to experts in the wider world. Management consultants, research agencies, and data providers make hundreds of billions of dollars per year attempting to answer key questions for business executives.

Sometimes they are successful, but many times, finding the right expert can be vexing. For the most important decisions, having multiple experts or even hundreds of experts provide their opinion might be critical to success.

Germain Chastel and Sascha Eder know the problem well. Former McKinsey consultants, they worked with some of the top technology companies in the Valley attempting to answer their questions — but oftentimes struggled to do so given the unique problems that confront those organizations. “We realized it was really hard to find experts who could teach them something and had the insights that were relevant,” Chastel explained.

In early 2017, the two left McKinsey and eventually joined forces with Anuja Ketan, and together the trio formed NewtonX. NewtonX is a “knowledge access platform” which attempts to intelligently answer questions posed to it by business clients. Clients answer a carefully calibrated series of questions to properly vet and scope a query, and then NewtonX farms it out to it network of experts for insight.

That rapid-response network has now gotten the attention of Two Sigma Ventures, the venture wing of the high-flying algorithmic-trading hedge fund, which led a $12 million Series A round into New York City-based NewtonX. That’s a follow up to a $3 million seed round co-led by Third Prime Capital and Xfund last year.

Today, the company offers two main product lines. First is what it calls Expert Calls, which are similar to the traditional expert network offering of companies like GLG. Here, a client answers a series of structured questions to determine a single expert to talk to and get feedback from.

The more interesting product to me, and the one representing 70% of the startup’s revenue right now, is Expert Surveys. With this product, the goal is to ask a business question to a wider number of experts who might provide a variety of responses. So, for instance, NewtonX could potentially answer a query such as how CIOs at large Fortune 500 companies are budgeting for cybersecurity this year.

Where NewtonX gets interesting is that it doesn’t want to just casually facilitate these calls and surveys, but instead, the startup wants to build out a true knowledge graph that can better answer questions faster with each activity on the platform. As the platform gets smarter about knowledge, the idea is that on-boarding a new client or initiating a new survey or question will be faster since the platform will already know many of the nuances of that particular field of business.

Over the two and a half years since the company’s founding, it has found wide support among businesses. It counts Microsoft, 23&Me, and Gartner as public clients, and also has a list of 20 corporates already on the platform. Chastel told me that nine of the top ten management consulting firms have also used NewtonX services, and many top research firms have also used the product. 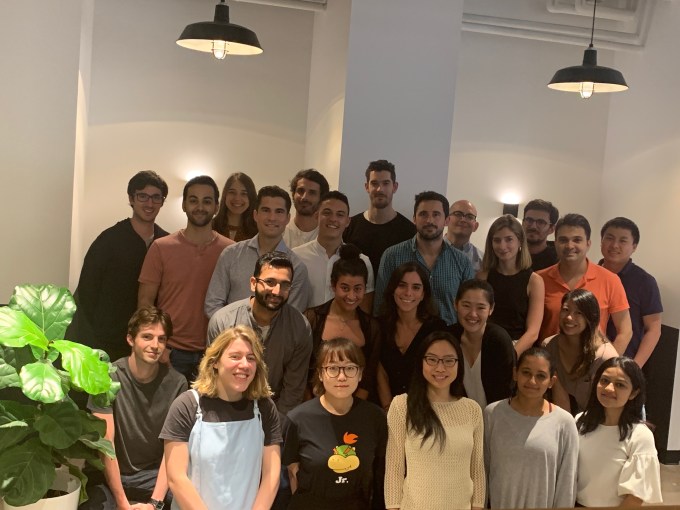 Early revenues has allowed the company to expand early. It has 32 employees at its offices near Grand Central, and Chastel noted to me that a majority of employees and a majority of managers are women. He said that the firm’s technology to identify experts on the web is also the basis for their own recruiting efforts.

With the new funding, the company intends to grow to 100 head count locally, and also expand out is client success and expert success teams.