Amazon will now allow developers to offer premium content for purchase in Alexa skills aimed at children. The company on Friday introduced new tools for building skills with in-app purchases that requires the Amazon account holder — typically mom or dad — to approve or decline the requested purchase via a text or email.

In-skill purchasing was first introduced to all U.S. Alexa developers last year, and more recently became available to international developers. But like any app aimed at children, Alexa skills needed to offer a purchase approval workflow for those in its kids’ category, or it would risk unapproved purchases initiated by younger users.

That’s where these new developer tools come in.

Now, developers can create premium kid skills using either the Alexa Skills Kit Command-Line Interface (ASK CLI) or the Alexa Developer Console. Other tools allow the skills to route purchase requests to the account holder over SMS or email. The account holder then has 24 hours to act on the request, or the request is automatically canceled.

The premium content can come in the form of either one-time purchases or subscriptions, says Amazon.

A group of developers had early access to the tools and already added premium content to their own kid skills. This includes the grand prize winner from one of Amazon’s developer contests, Kids Court; plus You Choose Superman Adventures; Travel Quest; Animal Sounds; and Master Swords.

Parents who don’t want their kids asking to buy anything have two options to opt out of all this.

They can disable the feature in the Alexa app under Settings -> Alexa Account -> Voice Purchasing -> Kid Skills Purchasing. Meanwhile, FreeTime on Alexa customers, which comes with the Echo Dot Kids Edition, won’t receive offers to purchase premium content. And those who upgrade to FreeTime Unlimited will get much of this premium content included with their subscription.

The addition of premium purchases to kid skills comes at a challenging time for Amazon. 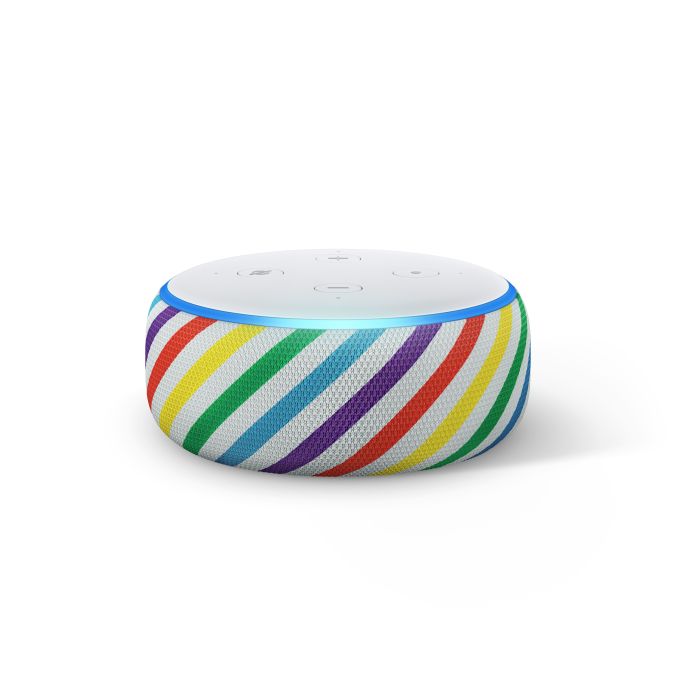 Amazon updated its Echo Dot for kids this week with new designs and other under-the-hood features, as new lawsuits over Alexa’s children’s privacy violations were filed. The suits say Amazon recorded children’s voices without consent.

As a part of its updated Echo Dot for kids experience, Amazon said it worked with the Family Online Safety Institute (FOSI) and various industry groups to rebuild FreeTime on Alexa so that it adheres U.S. children’s privacy law, COPPA (the Children’s Online Privacy Protection Act).

But its changes to the Kids Edition Echo smart speaker and related feature set don’t fully address the plaintiffs’ allegations.

According to Amazon’s announcement this week, parents can now review and delete recordings through the Alexa app or the Alexa Privacy Hub, and they can contact Customer Service to request deletion of their child’s profile. However, the lawsuits said the way Amazon manages recordings — by asking parents to take manual action — is not ideal. They point out that Apple’s Siri only stores recordings for a short period of time and then automatically deletes them.

In addition, CNET found that Amazon may retain the text transcripts even when people delete the recordings themselves.

Privacy regulations take time to catch up to the pace of technology and today’s issues around how smart speakers should operate in family homes where children are present is another example of that problem. While parents are the ones buying and installing these devices, many weren’t aware that Alexa’s intelligence is aided not only by algorithms and AI, but by human beings on the other end who listen to recordings, check them for errors, then use this data to improve how Alexa works.

Of course, there are people who are less concerned about this sort of thing and just enjoy using the device regardless of its potential invasiveness. They may appreciate the ability to upgrade their skills and support favorite developers’ efforts, especially if the family enjoys the skills together or they feel they add value.

Amazon is not offering all developers the ability to sell through their kids skills at present. Instead, interested developers who want to build kid skills with purchases can fill out a form that tells Amazon about their plans and the company will reach out if the application is selected.