Recently, Spotify was spotted testing a new personalized playlist called “Your Daily Drive,” which included both music and podcasts. Today, the company is officially launching this playlist in the U.S. in an effort to better cater to commuters who spend 70 billion collective hours behind the wheel, the company says. The playlist includes the music you already like along with other recommended tracks — the latter similar to its flagship playlist Discover Weekly — as well as podcast news updates from The Wall Street Journal, NPR and PRI (Public Radio International.)

It may also intersperse this mix with timeless music classics on occasion, the company says.

The launch represents the first time Spotify has combined music and podcasts in one playlist, and is part of the company’s broader efforts in growing its podcast listener base.

In recent months, Spotify has invested in the podcast market through acquisitions like Gimlet, Parcast and Anchor — as well as in its programming, like the just-announced deal with Barack and Michelle Obama’s production company, Higher Ground. It also hired former Condé Nast president of entertainment Dawn Ostroff to lead its content efforts.

While Spotify has been talking up its plans to bring its personalization technology to podcasts, “Your Daily Drive” isn’t an example of that just yet. Instead, Spotify is focused on mixing its personalized music with “timely world updates from reputable sources,” it says. This makes its news content more akin to something like Alexa’s “Flash Briefing” rather than a tool that will help you discover new podcast programming.

That said, the rotation of podcasts is personalized for regular listeners. For instance, if you listen to the WSJ Minute briefing regularly, that will  play first in your rotation.

In addition, like Flash Briefing and other news update services, “Your Daily Drive” will also refresh throughout the day with fresh content. That means your commute home won’t feature the same tunes and news as your morning commute. 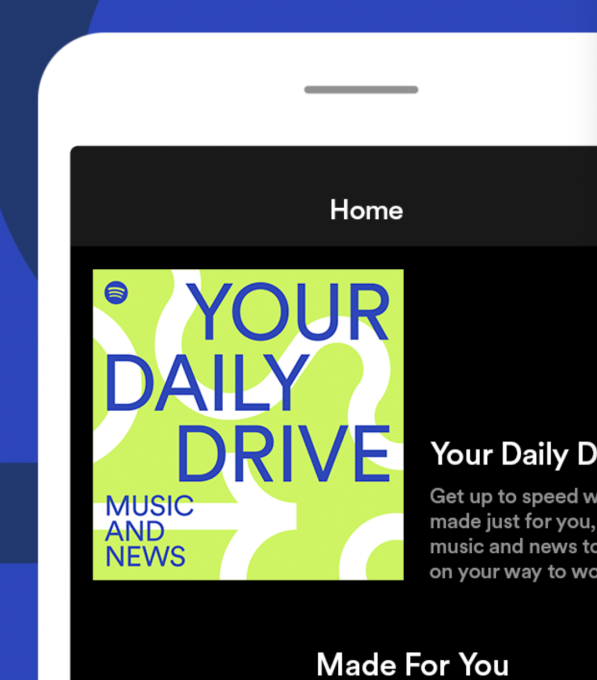 The playlist could also offer a safer experience for those who drive, as they won’t have to constantly fiddle with switching between stations, playlists or podcasts to hear music and news. Investment in the auto space is another interest for Spotify, as of late, as the company has reportedly begun testing a voice-controlled hardware device that plugs into the car’s cigarette lighter/charging port.

“Your Daily Drive” arrives at a time when competition in the podcast market has been heating up. Pandora, in particular, has made audio programming a focus following its acquisition by SiriusXM. It has recently turned its Genome classification technology to podcasts, expanded its music-and-podcasts product Pandora Stories and brought dozens of SiriusXM talk shows to Pandora as podcasts.

Meanwhile, at Apple’s Worldwide Developer Conference this month, the company broke up iTunes into separate apps on the Mac, including a dedicated Podcasts app. It also introduced a new podcast search feature that leverages machine learning technology to index the spoken words inside podcasts.

Spotify says “Your Daily Drive” is arriving today to listeners in the U.S. It’s available from the “Made for You” section. A new “Driving Hub” for all things car is also rolling out, Spotify says. 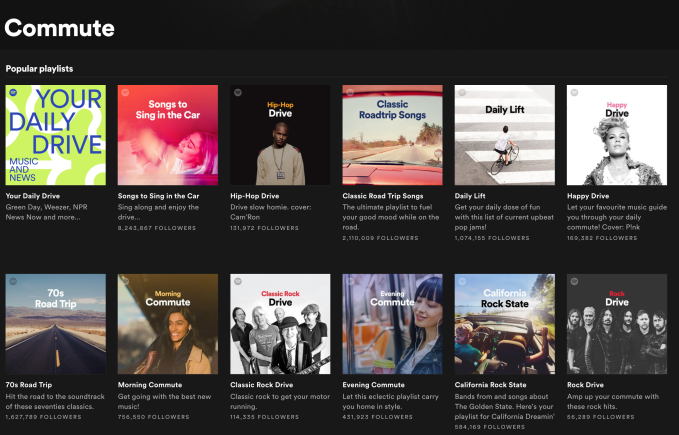