World View is a company focused on alternative methods of doing some of the work traditionally handled by satellites — but just a bit closer to Earth. Its “Stratollites” are balloons that can ascend to heights in Earth’s stratosphere (basically at the edge of space), and one key ingredient toward making them more commercially viable is ensuring they can spend a long time up in the air without coming down.

To that end, the company just completed its longest-ever mission for a Stratollite continuously in flight: 16 days, according to The Verge, which is still a ways off from its goal of 60 days, but much longer than its previous record of five days continuously aloft.

The Earth’s stratosphere starts at about 23,000 feet at the north and south poles, and at as high as 66,000 feet at the equator; World View’s Stratollite operates between 50,000 and 75,000 feet in their ideal functional configuration. The plan from the company is to replace a lot of the work done by low Earth orbit satellites, including high-altitude site photography, and eventually even to ferry passengers to those lofty heights. 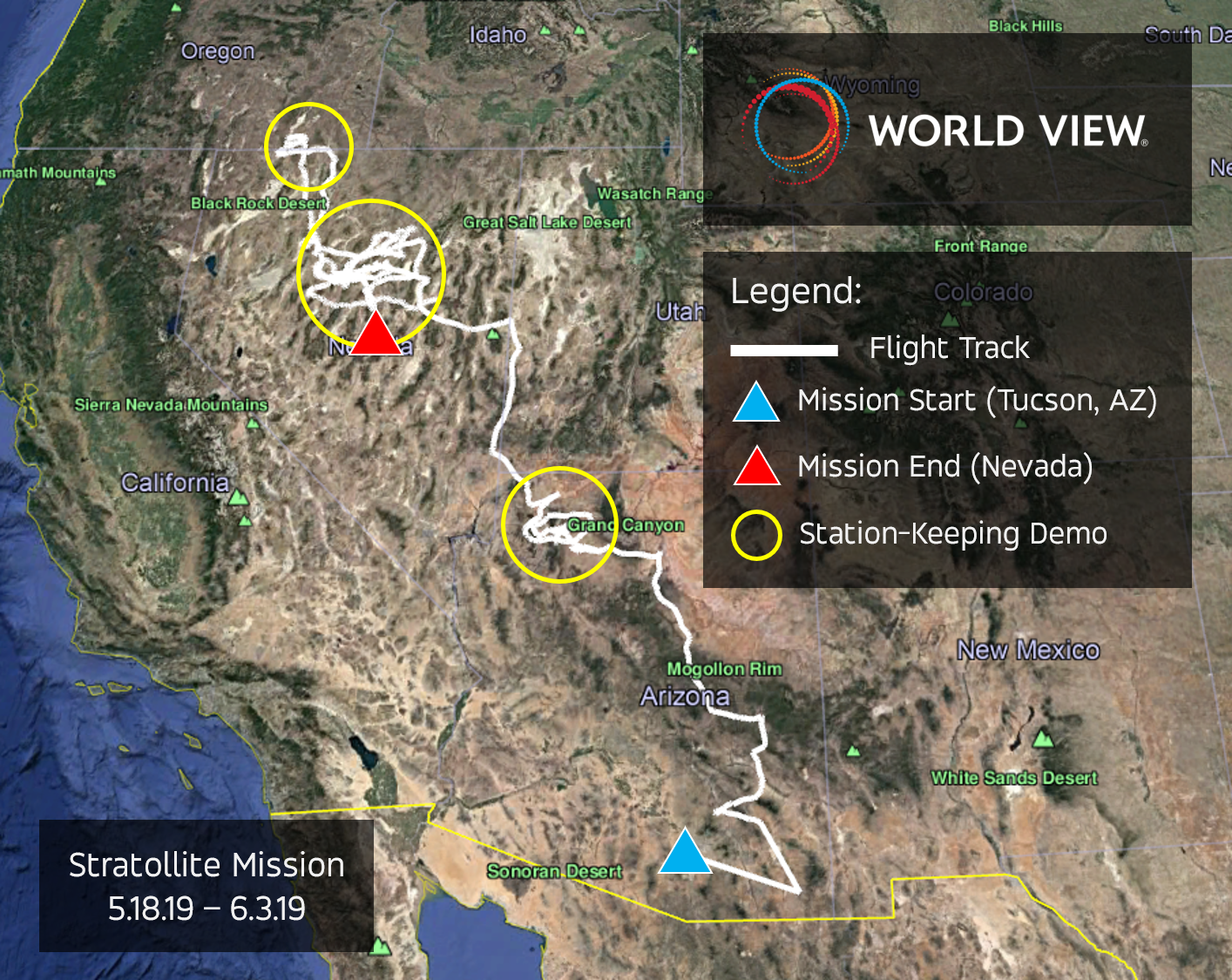 World View’s latest trip included tests of its ability to stay relatively in place despite variable high-altitude winds. It managed to stay in an area roughly 75 miles square for a period of eight days, and zeroed in on a much smaller target of just six miles wide for a total of 6.5 hours. These are crucial for its long-term success, as one of the values it provides over satellites is the ability to hover over a defined area for an extended period.

The company debuted its Tucson HQ and launch site in 2017, and a few months later flew a record flight of just 27 hours, so it has come a long way in two years for a relatively new and unproven technology, which it hopes to commercialize by 2020.