After a relatively quiet show last year, Computex picked up the pace this year, with dueling chip launches by rivals AMD and Intel and a slew of laptop releases from Asus, Qualcomm, Nvidia, Lenovo and other companies.

Founded in 1981, the trade show, which took place last week from May 28 to June 1, is one of the ICT industry’s largest gatherings of OEMs and ODMs. In recent years, the show’s purview has widened, thanks to efforts by its organizers, the Taiwan External Trade Development Council and Taipei Computer Association, to attract two groups: high-end computer customers, such as hardcore gamers, and startups looking for investors and business partners. This makes for a larger, more diverse and livelier show. Computex’s organizers said this year’s event attracted 42,000 international visitors, a new record.

Though the worldwide PC market continues to see slow growth, demand for high-performance computers is still being driven by gamers and the popularity of esports and live-streaming sites like Twitch. Computex, with its large, elaborate booths run by brands like Asus’ Republic of Gaming, is a popular destination for many gamers (the show is open to the public, with tickets costing NTD $200, or about $6.40), and began hosting esport competitions a few years ago. 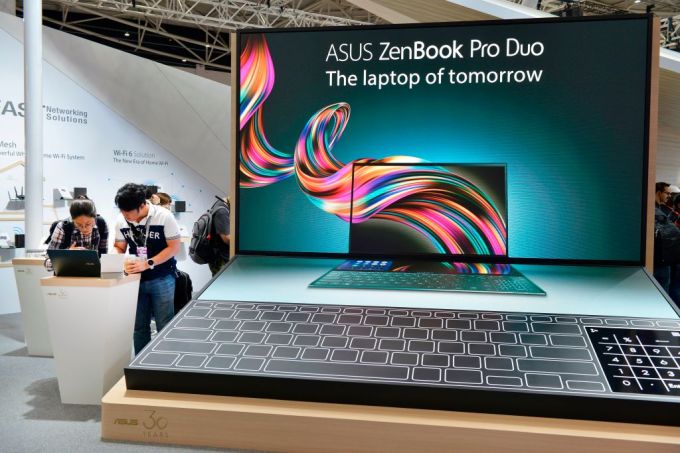 The timing of the show, formally known as the Taipei International Information Technology Show, at the end of May or beginning of June each year, also gives companies a chance to debut products they teased at CES or preview releases for other shows later in the year, including E3 and IFA.

One difference between Computex now and ten (or maybe even just five) years ago is that the increasing accessibility of high-end PCs means many customers keep a close eye on major announcements by companies like AMD, Intel and Nvidia, not only to see when more powerful processors will be available but also because of potential pricing wars. For example, many gamers hope competition from new graphic processor units from AMD will force Nvidia to bring down prices on its popular but expensive GPUs.

The Battle of the Chips

The biggest news at this year’s Computex was the intense rivalry between AMD and Intel, whose keynote presentations came after a very different twelve months for the two competitors.