Since Jour, a new app for private and portable journaling, dropped on the App Store two months ago, it’s racked up 80,000 users. No paid marketing or public announcements. Just organic interest in discovering a better way of journaling than pen to paper.

“We can reinvent and redesign what we call journaling and the journal,” Jour co-founder and chief executive officer Maxime Germain told TechCrunch. “If we do it right, it will go mainstream.”

New York-based Jour has raised a $1.8 million seed round from True Ventures’ Kevin Rose. Similar to the meditation apps that have skyrocketed in popularity recently, Jour’s guided sequences are meant to facilitate the journaling process and encourage writers to mindfully reflect and record their lives. With its seed funding, Jour will create a library of audio sessions and written questions meant to spark inspiration. 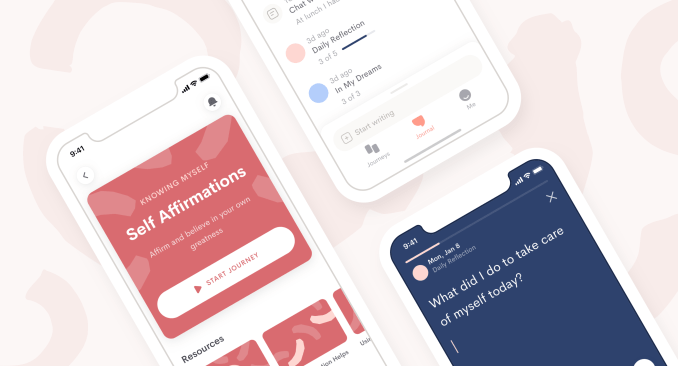 “Meditation apps have shown there are some self-care habits we can use in our life to feel better, to feel less anxious,” Germain, a French native who relocated to New York seven years ago, said. “But the journal is a way to capture moments and people’s authentic selves. It’s all the stuff you might not be sharing on social media.”

Jour, at its core, is an app battling mental illness. The business joins a number of other well-being apps and venture-backed startups targeting the mental health crisis. From brick-and-mortar therapy clinics to chat apps to emotional wellness assistants, venture capitalists are waking up to the emotional struggles rampant across the globe.

“Ten years ago when I first started using meditation apps I think there was a certain type of stigma; like you need help so you’re meditating,” True Venture’s Rose, a founder of Digg, Oak, a guided meditation app, and Zero, an app for tracking intermittent fasting, told TechCrunch. “Now, it’s just crossed over to the mainstream.”

“I’m hopeful we are finally getting to a point where we can have open conversations about mental health,” Rose added. 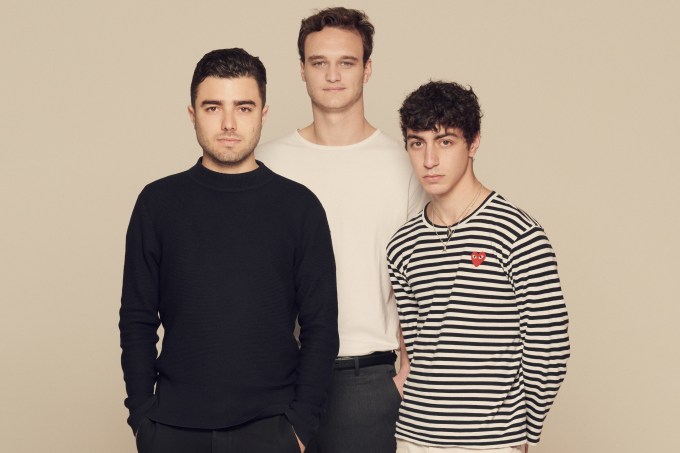 As Jour deals with an influx of new users, it’s keeping the entire app and all of its features free, though eventually, the team plans to add a paywall to some of the guided content. As for anyone concerned about the safety of your anxieties, hopes and dreams, Jour’s founding team, which includes Germain, Bobby Giangeruso and Justin Bureau, built the app with zero-knowledge encryption.

“I would feel very uncomfortable if the rest of the people on my team could read my most intimate thoughts,” Germain explained. “We built [Jour] with an encryption key that stays on the phone, all the data is encrypted with that key and if you lose that key we can’t recover the entries that we save on the servers. Only you have access to that key, it’s stored on the phone, it encrypts the data and even if the data is compromised we can’t get it.”

Phew. The last thing we need today is our diaries getting hacked.