Biofourmis, a Singapore-based startup pioneering a distinctly tech-based approach to the treatment of chronic conditions, has raised a $35 million Series B round for expansion.

The round was led by Sequoia India and MassMutual Ventures, the VC fund from Massachusetts Mutual Life Insurance Company. Other investors who put in include EDBI, the corporate investment arm of Singapore’s Economic Development Board, China-based healthcare platform Jianke and existing investors Openspace Ventures, Aviva Ventures and SGInnovate, a Singapore government initiative for deep tech startups. The round takes Biofourmis to $41.6 million raised to date, according to Crunchbase.

Biofourmis CEO Kuldeep Singh Rajput moved to Singapore to start a PhD, but he dropped out to start the business with co-founder Wendou Niu in 2015 because he saw the potential to “predict disease before it happens,” he told TechCrunch in an interview.

There are a number of layers to Biofourmis’ work, but essentially it uses a combination of data collected from patients and an AI-based system to customize treatments for post-discharge patients. The company is focused on a range of therapeutics, but its most advanced is cardiac, so patients who have been discharged after heart failure or other heart-related conditions.

With that segment of patients, the Biofourmis platform uses a combination of data from sensors — medical sensors rather than consumer wearables, which are worn 24/7 — and its tech to monitor patient health, detect problems ahead of time and prescribe an optimum treatment course. That information is disseminated through companion mobile apps for patients and caregivers. 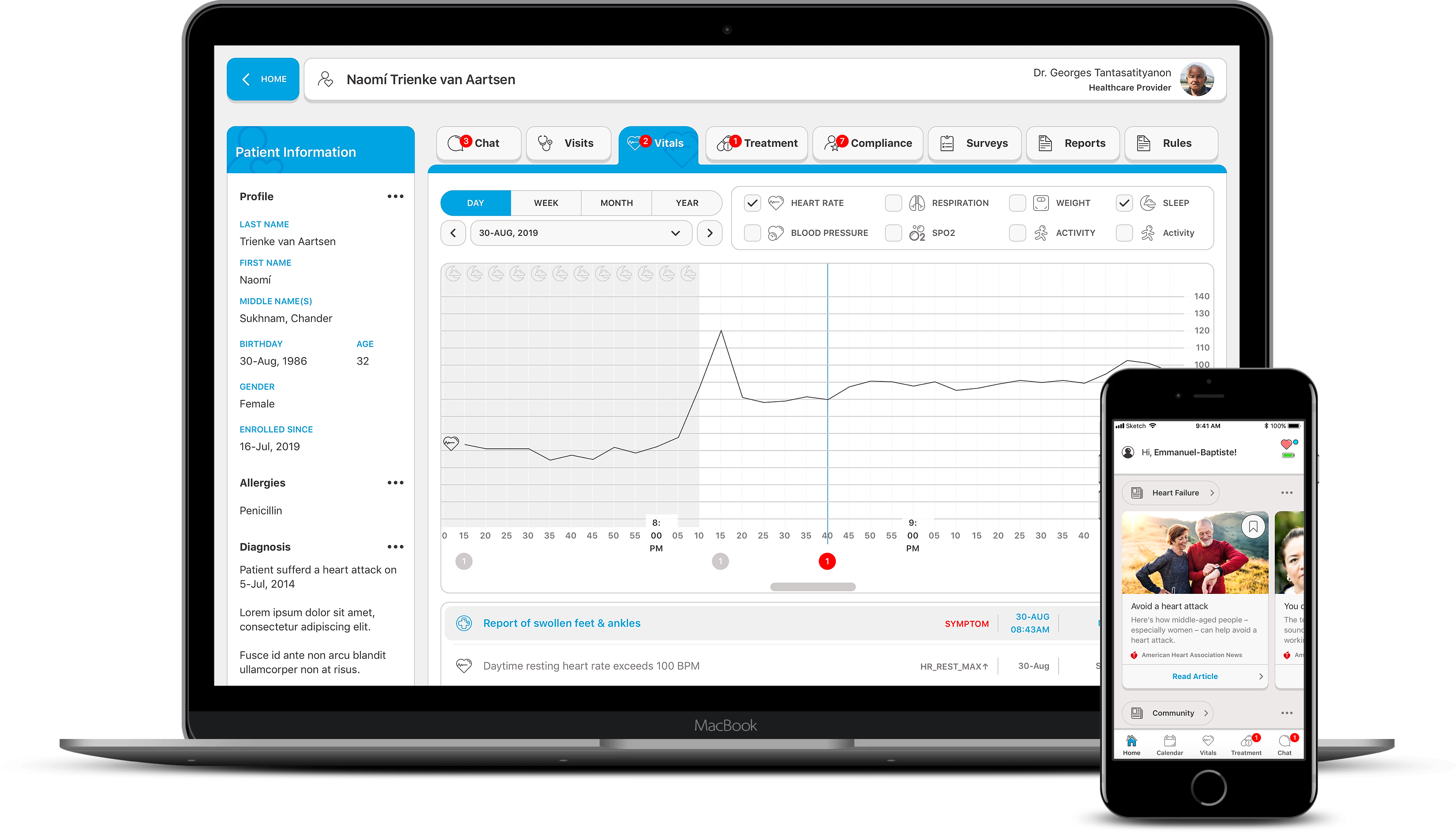 That’s to say that medicine works differently on different people, so by collecting and monitoring data and crunching numbers, Biofourmis can provide the best drug to help optimize a patient’s health through what it calls a “digital pill.” That’s not Matrix-style futurology, it’s more like a digital prescription that evolves based on the needs of a patient in real time. It plans to use a network of medical delivery platforms, including Amazon-owned PillPack, to get the drugs to patients within hours.

Yes, that’s future tense because Biofourmis is waiting on FDA approval to commercialize its service. That’s expected to come by the end of this year, Singh Rajput told TechCrunch. But he’s optimistic, given clinical trials, which have covered some 5,000 patients across 20 different sites.

On the tech side, Singh Rajput said Biofourmis has seen impressive results with its predictions. He cited tests in the U.S. that enabled the company to “predict heart failure 14 days in advance” with around 90% sensitivity. That was achieved using standard medical wearables at the cost of hundreds of dollars, rather than thousands, with advanced kit such as Heartlogic from Boston Scientific — although the latter has a longer window for predictions.

That type of disruption from Biofourmis might appear to upset the apple cart for pharma companies, but Singh Rajput maintains that the industry is moving toward a more qualitative approach to healthcare because it has been hard to evaluate the performance of drugs and price them accordingly.

“Today, insurance companies are blinded not having transparency on how to price drugs,” he said. “But there are already 50 drugs in the market paying based on outcomes, so the market is moving in that direction.”

Outcome-based payments mean insurance firms reimburse all outcomes based on the performance of the drugs; in other words, how well patients recover. The rates vary, but a lack of reduction in remission rates can see insurers lower their payouts because drugs aren’t working as well as expected.

Singh Rajput believes Biofourmis can level the playing field and added more granular transparency in terms of drug performance. He believes pharma companies are keen to show their products perform better than others, so over the long-term that’s the model Biofourmis wants to encourage.

Indeed, the confidence is such that Biofourmis intends to initially go to market via pharma companies, which will sell the package into clinics bundled with their drugs, before moving to work with insurance firms once traction is gained. While Biofourmis is likely to be bundled with initial medication, the company will take a commission of 5-10% on the recommended drugs sold through its digital pill. 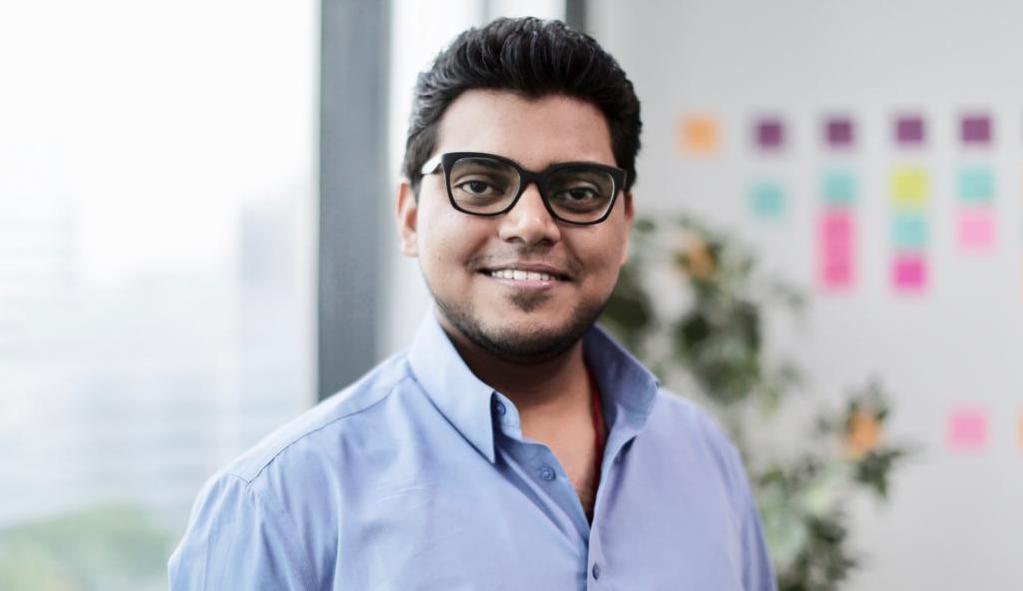 Doubling down on the U.S.

With its new money, Biofourmis is doubling down on that imminent commercialization by relocating its headquarters to Boston. It will retain its presence in Singapore, where it has 45 people who handle software and product development, but the new U.S. office is slated to grow from 14 staff right now to up to 120 by the end of the year.

“The U.S. has been a major market focus since day one,” Singh Rajput said. “Being closer to customers and attracting the clinical data science pool is critical.”

While he praised Singapore and said the company remains committed to the country — adding EDBI to its investors is certainly a sign — he admitted that Boston, where he once studied, is a key market for finding “data scientists with core clinical capabilities.”

That expansion is not only to bring the cardio product to market, but also to prepare products to cover other therapeutics. Right now, it has six trials in place that cover pain, orthopedics and oncology. There are also plans to expand in other markets outside of the U.S, and in particular Singapore and China, where Biofourmis plans to lead on Jianke.

Not lacking in confidence, Singh Rajput told TechCrunch that the company is on course to reach a $1 billion valuation when it next raises funding — that’s estimated as 18 months away and the company isn’t saying how much it is worth today.

Singh Rajput did confirm, however, that the round was heavily oversubscribed, and that the startup rebuffed investment offers from pharma companies in order to “avoid a conflict of interest and stay neutral.”

He is also eyeing a future IPO, which is tentatively set for 2023 — although by then, Singh Rajput said, Biofourmis would need at least two products in the market.

There’s a long way to go before then, but this round has certainly put Biofourmis and its digital pill approach on the map within the tech industry.