AI would be useful for tons of everyday tasks for small businesses and other operations — if people just knew how to build and deploy their own machine learning agent. Unfortunately, few do. Edge-based AI startup Xnor.ai aims to let non-experts put state of the art AI to work as easily as they might update their website.

The company just kicked off a new platform called AI2GO that basically collects all the most common applications and hardware platforms for edge-based AI in one place and lets you download them with little or no expertise.

“Developing AI is just hard,” founder and CEO Ali Farhadi told TechCrunch. “There’s not a lot of people who can do it. And deploying to an edge device is even harder — you have to worry about power consumption, memory limits, and all that. So now you have to have both AI and systems experts.”

Good luck snagging those if you’re a small business owner who just thinks it’d be cool to know how many people are in their restaurant at any given time. Even relatively accessible, widely available frameworks like TensorFlow on which to train and deploy AI are impractical for anyone without domain expertise. AI2GO is aimed directly at these people, who are tech-savvy but can’t provide 10,000 pictures of cars or people to build a custom computer vision model for their purposes.

“Generic platforms let you train your own models, but in lots of businesses and applications you don’t need to — there’s already a solution out there. Say you’re a parking lot owner, you want to monitor cars going in and out or something,” Ali proposed. “With AI2GO you just click the model, like car recognition, then select your hardware [e.g. the security camera chipset or Raspberry Pi 0]. Then you can turn some dials up and down and an Xnor bundle is created to respect your constraints.”

That bundle is a fully functioning edge-based AI system composed of the model or models you’ve selected, customized to meet power or memory restrictions. You install it according to the instructions (you’ll need some idea of how to build and deploy software here — this isn’t for babies) and in a few minutes you should have a working car-detection model running in real time on the camera you’ve already got. The process looks like this: 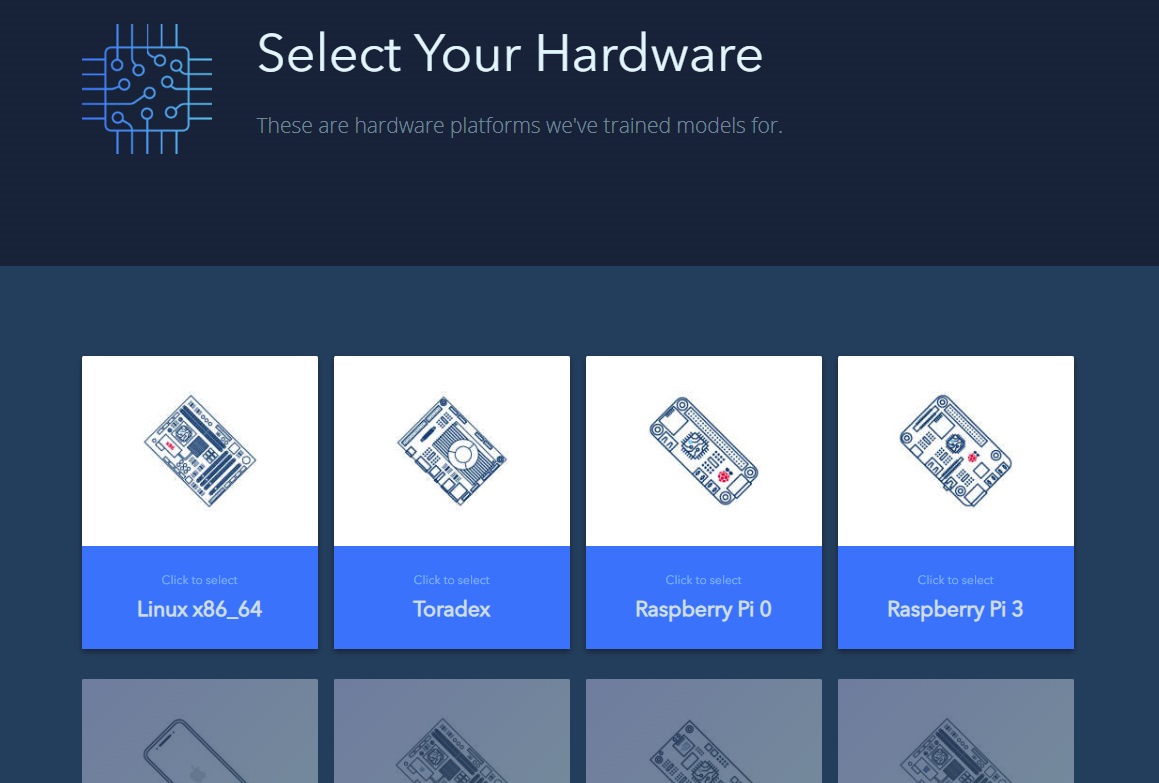 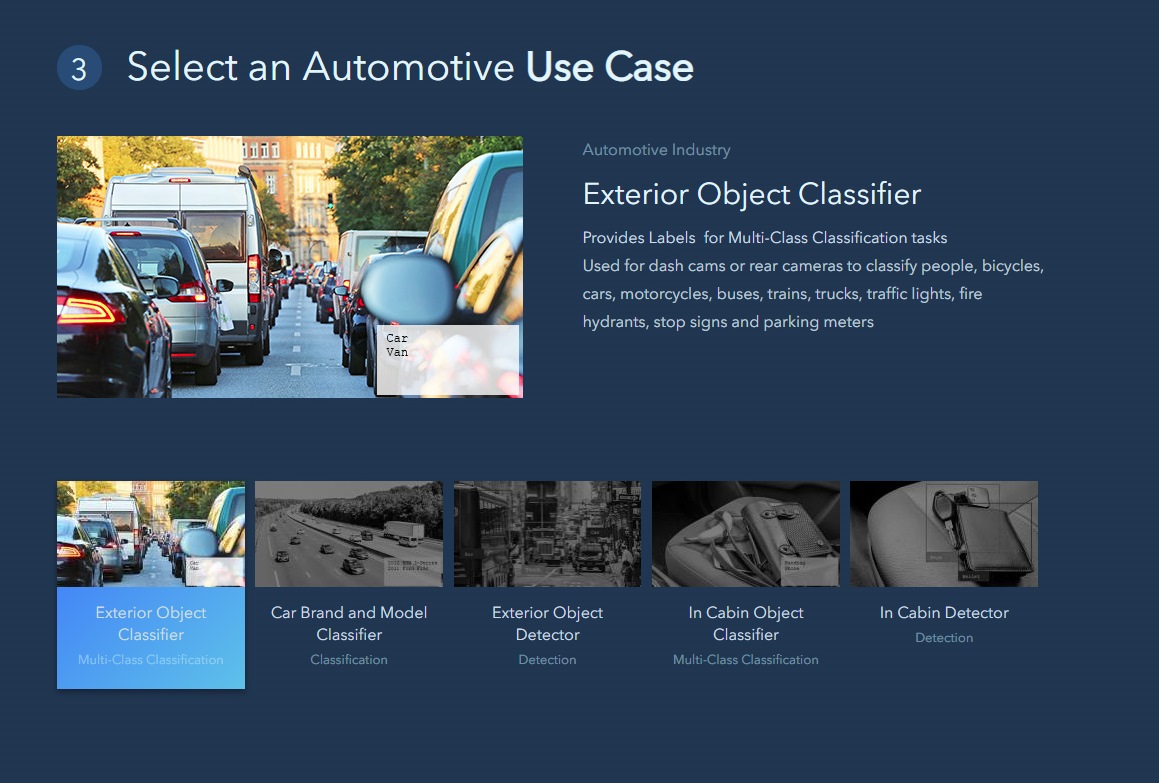 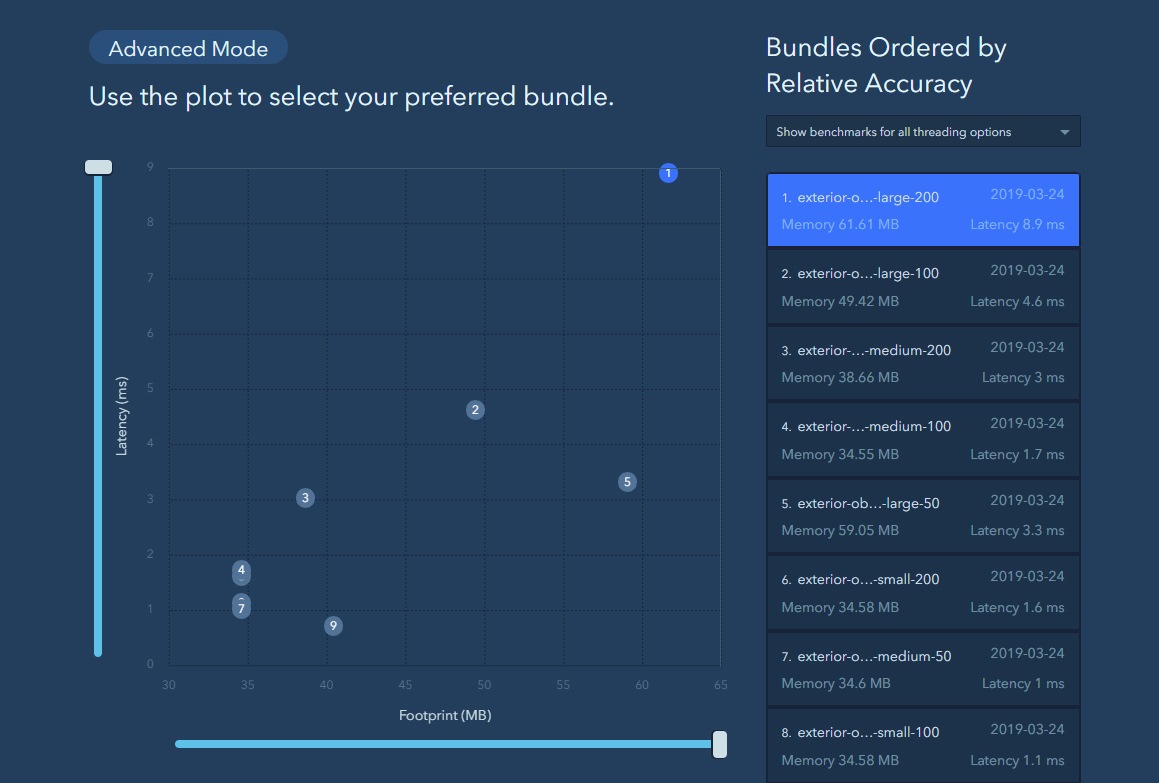 Farhadi compared it to something like Stripe. If you’re starting a shop online, you don’t want to build a payment processor from scratch, yet you do need something tuned to your needs. The company already creates custom high-performance edge AI models for enterprise customers, but found that small and medium-sized businesses were not only interested in a similar product, but often had similar tasks.

There are a bunch of pre-trained models, running the gamut from cat detectors to gesture identification. Here’s a sampling of what’s available:

There are lots more, and multiples of one type for different purposes; a person detector for a car’s camera will naturally be different from the one used for smart home or security purposes. 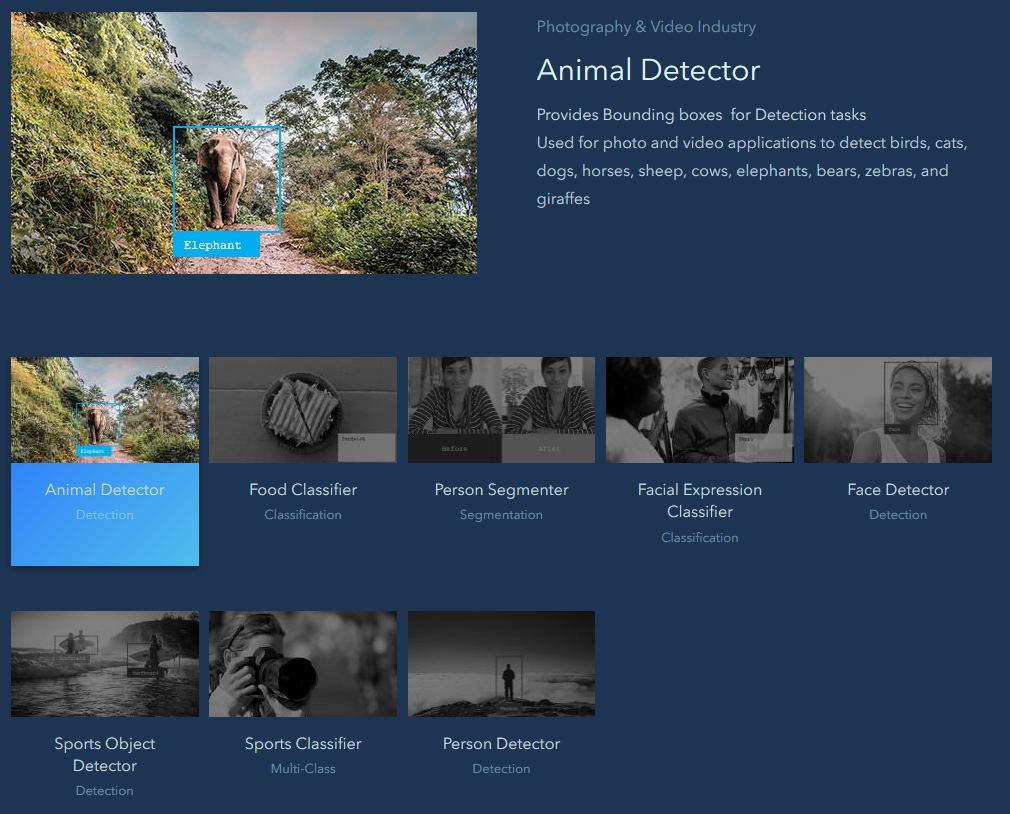 You can’t mix and match items yet — that’s likely to come in an upcoming version, alongside new hardware platforms and the ability to bring your own data.

The license model is fairly straightforward: The model you download is free if you’re just experimenting or using it for personal purposes, but once you deploy it commercially you have to apply for a license. There’s also an SDK with code samples and demos if you want to check it out without building your own.