The cryptocurrency’s meteoric rise is reminiscent of its rocketing growth in the latter half of 2017, when prices reached more than $18,400 on the back of buoyant capital markets, rampant speculation and a turbulent political climate in Northern Asia spurred by saber rattling between President Donald Trump and North Korea’s dictator, Kim Jong-un. 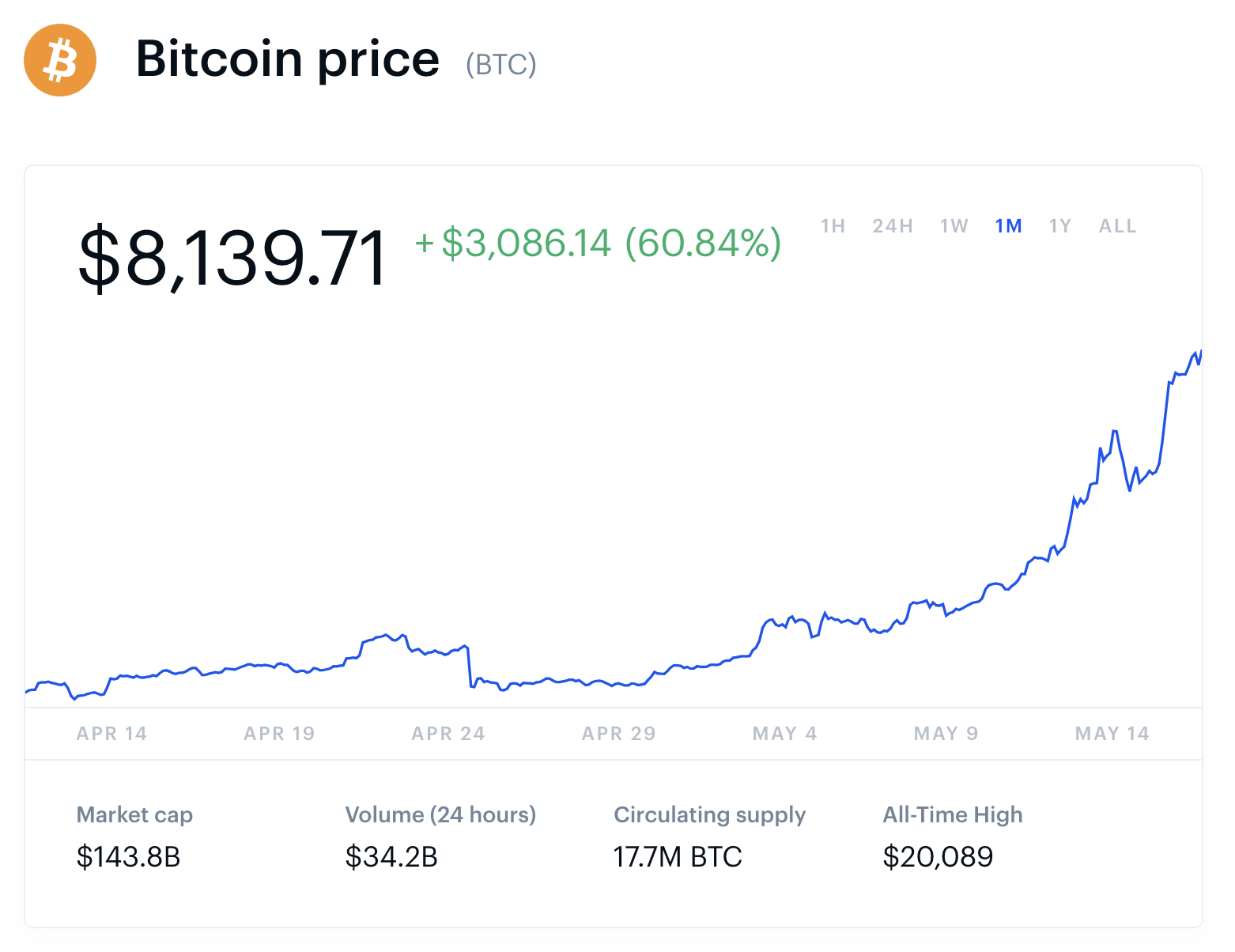 While geopolitical tension is once again gripping the market (thanks to the ongoing trade war between the U.S. and China), that may only be one factor contributing to Bitcoin’s surge.

“Anticipation of the upcoming supply shock [of new BTC introduced via mining] may be creating upward pressure on the price of Bitcoin,” wrote Alyse Killeen, a partner at the investment and advisory firm Stillmark, in an email. “Bitcoin is introduced to the market when the Bitcoin protocol rewards miners who validate blockchain transactions. Specifically, the Bitcoin protocol gives BTC to miners for adding blocks to the blockchain. Today, miners earn 12.5 BTC for adding a new block that is accepted by the network. In May 2020, the time of the next ‘halvening,’ that reward will be reduced to 6.25 BTC, thereby reducing the total number of BTC introduced to the market on a daily basis.”

Killeen also noted that Bitcoin is inherently more valuable today than it was at the same time last year. More Americans can access Bitcoin through apps like Cash and Robinhood, and TD Ameritrade’s BTC contracts and (soon) eTrade.

Technology advances are also making Bitcoin more useful and more secure, Killeen wrote. The development of the Lightning Network is proceeding and creating a new application ecosystem, while the Blockstream Satellite network is creating redundancies in blockchain availability.

In fact, the number of businesses that take Bitcoin or other cryptocurrencies expanded exponentially yesterday thanks to an agreement between the U.S. dollar-pegged stablecoin purveyor Gemini (owned by the Winkelvoss twins of Facebook and Social Network fame) and the payment network Flexa, whose technology is undergirded by cryptocurrencies.

Using Gemini’s exchange and clearing house and Flexa’s transaction technology, most of the stores an American consumer encounters in their trip to the mall now accept Bitcoin or other cryptocurrencies as payments. 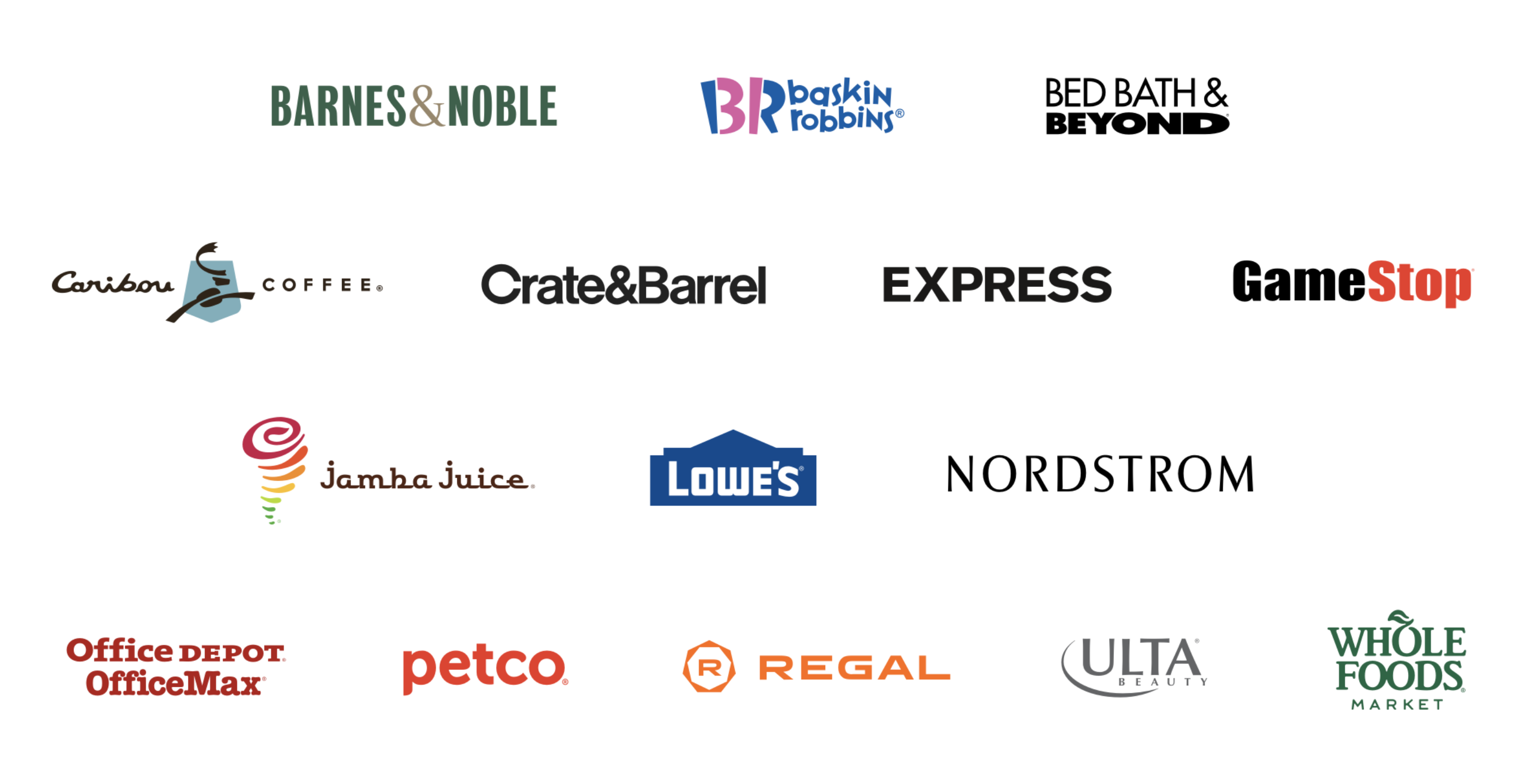 That adoption doesn’t explain the bump in Bitcoin prices entirely. And skeptics of digital cryptocurrencies argue that there could be a simpler explanation for the rise in digital currencies right now — good old-fashioned price manipulation.

As crypto-skeptic David Gerard wrote in this blog post yesterday:

It’s because the price of Bitcoin is a proxy for margin trading — and rather than investing in the commodity itself, you can make more money by manipulating this thin and ill-regulated market to burn the margin traders.

This also allows the large holders — the “whales,” and the exchanges themselves — to cash out to whatever little actual-money US dollars are available, in a trading system where the liquidity is mostly fake dollars called “tethers.”

Willy Woo explains how short squeezes work in crypto. This is a pattern we see over and over:

1) When the market is majority short, there’s too much money to be had to allow them to win.

2) Whales keep buying up the market until the shorts get liquidated.

3) At liquidation the short seller has to buy back at market price.

4) A tidal wave of buys cascade through the orderbooks, a chain reaction, the price goes vertical.

5) Whale payday. The whales that bought up the market sheparding the price up now dump their positions at profit.

6) Blow-off. The price comes down to its organic levels.

Other investors, like Travis Scher at the Digital Currency Group, think that it’s as simple as a new class of investor looking at Bitcoin as a new store of value and a haven for investors looking to escape volatile public markets.

“I spend very little time trying to understand or explain short-term crypto price movements, as the price and the fundamentals often seem to move in diametrically opposed directions. So all I can say with certainty is that there are more buyers than sellers in recent months,” Scher wrote in an email. “But in this case, I do think that one factor driving the rally is that the narrative around Bitcoin as digital gold is growing. We fully expect Bitcoin to replace gold as the leading non-government controlled store of value over the coming decade.”