Shared electric scooters are close to overtaking bike sharing, according to the National Association of City Transportation Officials. In 2018, of the 84 million micromobility trips taken, 38.5 million of those were on scooters. 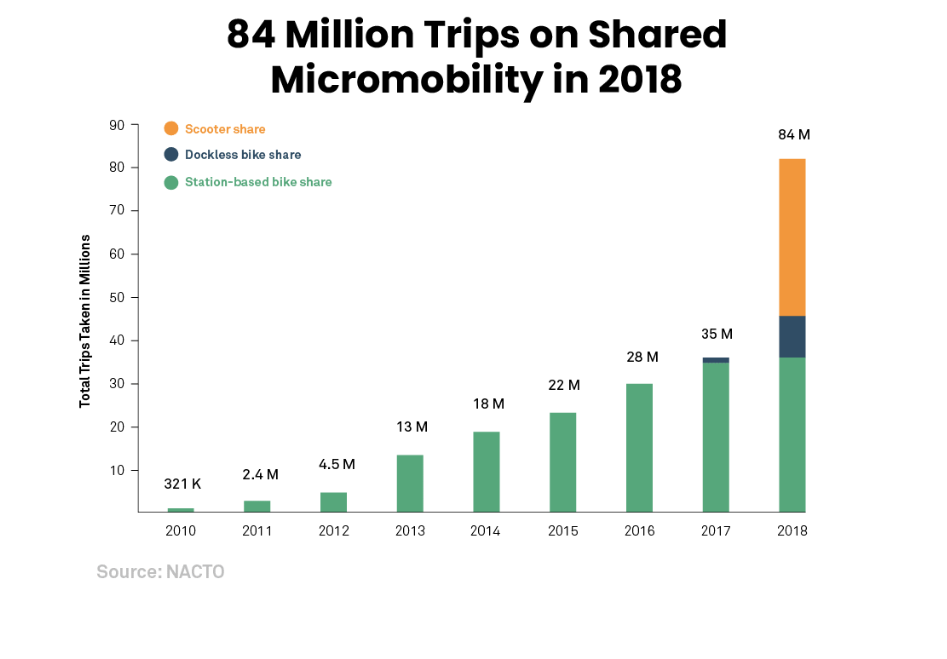 “Managing the many new shared vehicle types on city streets is a challenge,” NACTO Director of Strategy Kate Fillin-Yeh said in a statement. “The data cities receive from vendors can be spotty, complicating efforts to regulate systems or make good policies. Much of the equipment is new and largely untested at scale, and the market is changing rapidly, with an uncertain financial outlook. The most successful shared micromobility systems have been planned hand-in-hand with cities, and we’re excited to help cities create and support transportation options that shift more trips to sustainable, safe modes.”

While station-based bikes saw more usage than the year before, NACTO says electric scooters have likely been the driving factor for the decrease in usage of dockless bikes. Dockless bikes “have largely disappeared from city streets, with the notable exception of dockless bikes still in use in Seattle,” NACTO writes. That’s partly why NACTO predicts dockless bike rides will continue to decrease in 2019.