The service has long used this capability to run its own drone platform for first responders and enterprise customers, which allows its users to tag and track objects and people in emergency situations, for example, to create better situational awareness for first responders.

I first saw a demo of the service a year ago, when the team walked a group of journalists through a simulated emergency, with live drone footage and an overlay of a street map and the location of ambulances and other emergency personnel. It’s clear how these features could be used in other situations as well, given that few companies have the expertise to combine the video footage, GPS data and other information, including geographic information systems, for their own custom projects.

Indeed, that’s what inspired the team to open up its platform. As the Edgybees team told me during an interview at the Ourcrowd Summit last month, it’s impossible for the company to build a new solution for every vertical that could make use of it. So instead of even trying (though it’ll keep refining its existing products), it’s now opening up its platform.

“The potential for augmented reality beyond the entertainment sector is endless, especially as video becomes an essential medium for organizations relying on drone footage or CCTV,” said Adam Kaplan, CEO and co-founder of Edgybees. “As forward-thinking industries look to make sense of all the data at their fingertips, we’re giving developers a way to tailor our offering and set them up for success.”

In the run-up to today’s launch, the company has already worked with organizations like the PGA to use its software to enhance the live coverage of its golf tournaments. 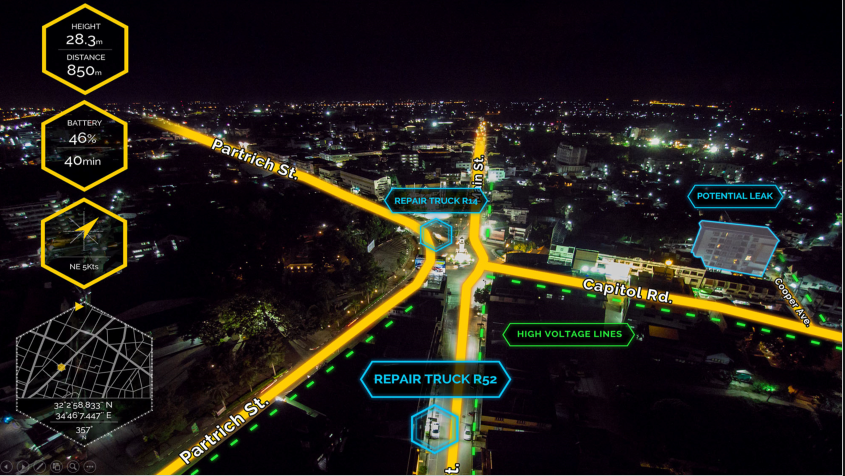