Valve is ready to sell its own full VR hardware getup.

The gaming giant behind some classic titles and the ubiquitous Steam store has revealed a teaser image on its site of a VR headset called the Valve Index. Alongside the photo, text reads “Upgrade your experience. May 2019” suggesting a near-term full announcement or release date of what is likely a high-end VR system.

Valve has long been a present name in virtual reality circles but it hasn’t shipped a dedicated headset of its own, instead focusing its work on the underlying software technologies. Valve has been at the forefront of the technology and was making substantial advancements while Oculus was in the process of releasing their first developer kits. Valve’s work eventually surfaced in the HTC Vive which operated on the SteamVR platform, but there hasn’t been widespread adoption from other OEMs of Valve’s VR technologies.

In a lot of ways it has been turning into a two-horse race for consumer VR platforms between Oculus and Microsoft’s Windows Mixed Reality. While SteamVR once seemed a likely choice to be a standard across VR devices, announced products never ended up shipping and the VR market cool-down left HTC pivoting to enterprise. 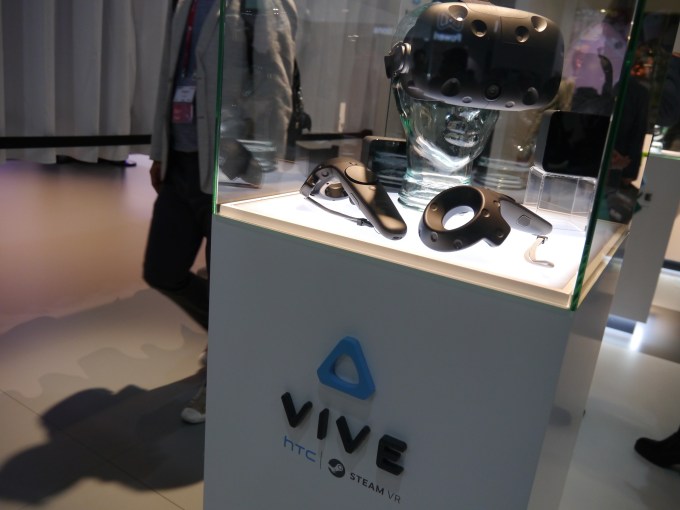 Things were just as unclear when the company laid off several of its VR hardware-focused employees a few weeks ago, leaving people to wonder whether that meant a release was never coming or one was imminent.

Now, there’s admittedly not a ton to go off of with this teaser image.

The look matches the Valve prototype headset that UploadVR found images of this past fall. That report detailed that the headset would have a display resolution similar to HTC’s Vive Pro while stretching that resolution over a wider 135-degree field-of-view. This compares to the near-110-degree FoV on the Oculus Rift and HTC Vive.

This image is a pretty clear shot at Oculus in that while there aren’t many discernible features from the base of the headset, there is what definitely appears to be an IPD adjustment slider which allows users to define the distance between the lenses to accommodate for the space between their eyes. The exclusion of a physical IPD adjustment tool was undoubtedly the most controversial choice on Oculus’s Rift S headset, and prompted the company’s ousted founder to pen a blog post complaining about the omission.

Hands-on with the Oculus Rift S: the ‘S’ stands for Subpar

Beyond that control, there are a couple of other things we can infer. First, this is almost definitely a PC-powered headset based on the company’s previous work, thus, the company will likely rely on their SteamVR 2.0 tracking system. The big question is then what those onboard cameras in the image are for. The most likely answer if I saw this headset from anyone else is that they were for inside-out tracking but the more likely answer is that they’re for “mixed reality” passthrough experiences, especially since the cameras both appear to be pointed forward though they are also a bit far apart.

This product’s release might not be great for Oculus, which has seemed to walk away from their position pushing high-end PC VR, but it’s far worse for HTC. The Taiwanese company’s consumer ambitions have kind of dried up in their pivot to enterprise markets though they have still seemed to be marketing towards consumers. For most users the best features of the Vive are features developed largely by Valve including the tracking system and software platform, so getting a high-end device direct from Valve seems like a very easy sell to these customers.

Again, not a huge amount to go off from this landing page, but it seems we’ll hear more in a couple months.