One of the hottest Y Combinator startups just raised a big seed round to clean up the mess created by Uber, Postmates and the gig economy. Catch sells health insurance, retirement savings plans and tax withholding directly to freelancers, contractors, or anyone uncovered. By building and curating simplified benefits services, Catch can offer a safety net for the future of work.

“In order to stay competitive as a society, we need to address inequality and volatility. We think Catch is the first step to offering alternatives to the mandate that benefits can only come from an employer or the government,” writes Catch co-founder and COO Kristen Tyrrell. Her co-founder and CEO Andrew Ambrosino, a former Kleiner Perkins design fellow, stumbled onto the problem as he struggled to juggle all the paperwork and programs companies typically hire an HR manager to handle. “Setting up a benefits plan was a pain. You had to become an expert in the space, and even once you were, executing and getting the stuff you needed was pretty difficult.” Catch does all this annoying but essential work for you.

Now Catch is getting its first press after piloting its product with tens of thousands of users. TechCrunch caught wind of its highly competitive seed round closing, and Catch confirms it has raised $5.1 million at a $20.5 million post-money valuation co-led by Khosla Ventures, Kindred Ventures, and NYCA Partners. This follow-up to its $1 million pre-seed will fuel its expansion into full heath insurance enrollment, life insurance and more. Catch is part of a growing trend that sees the best Y Combinator startup fully funded before Demo Day even arrives. 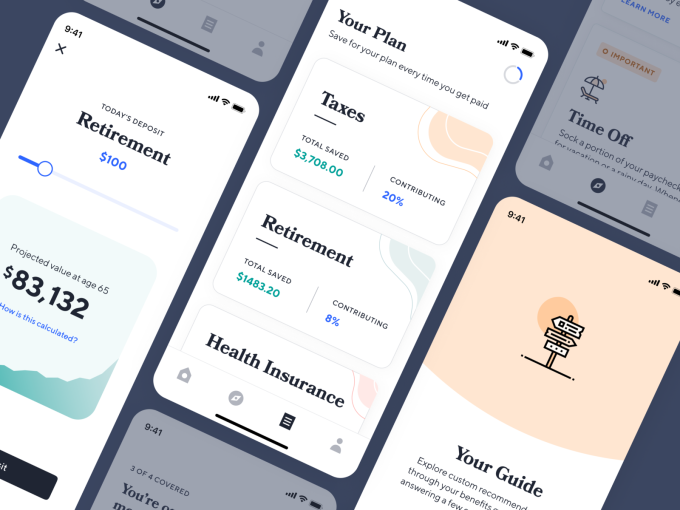 “Benefits, as a system built and provided by employers, created the mid-century middle class. In the post-war economic boom, companies offering benefits in the form of health insurance and pensions enabled familial stability that led to expansive growth and prosperity,” recalls Tyrrell, who was formerly the director of product at student debt repayment benefits startup FutureFuel.io. “Emboldened by private-sector growth (and apparent self-sufficiency), the 1970s and 80s saw a massive shift in financial risk management from the government to employers. The public safety net contracted in favor of privatized solutions. As technological advances progressed, employers and employees continued to redefine what work looked like. The bureaucratic and inflexible benefits system was unable to keep up. The private safety net crumbled.”

That problem has ballooned in recent years with the advent of the on-demand economy, where millions become Uber drivers, Instacart shoppers, DoorDash deliverers and TaskRabbits. Meanwhile, the destigmatization of remote work and digital nomadism has turned more people into permanent freelancers and contractors, or full-time employees without benefits. “A new class of worker emerged: one with volatile, complex income streams and limited access to second-order financial products like automated savings, individual retirement plans, and independent health insurance. We entered the new millennium with rot under the surface of new opportunity from the proliferation of the internet,” Tyrrell declares. “The last 15 years are borrowed time for the unconventional proletariat. It is time to come to terms and design a safety net that is personal, portable, modern and flexible. That’s why we built Catch.” 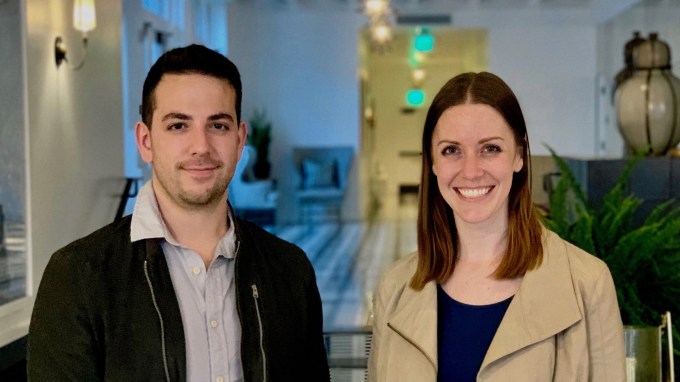 Currently Catch offers the following services, each with their own way of earning the startup revenue:

These and the rest of Catch’s services are curated through its Guide. You answer a few questions about which benefits you have and need, connect your bank account, choose which programs you want and get push notifications whenever Catch needs your decisions or approvals. It’s designed to minimize busy work so if you have a child, you can add them to all your programs with a click instead of slogging through reconfiguring them all one at a time. That simplicity has ignited explosive growth for Catch, with the balances it holds for tax withholding, time off and retirement balances up 300 percent in each of the last three months. 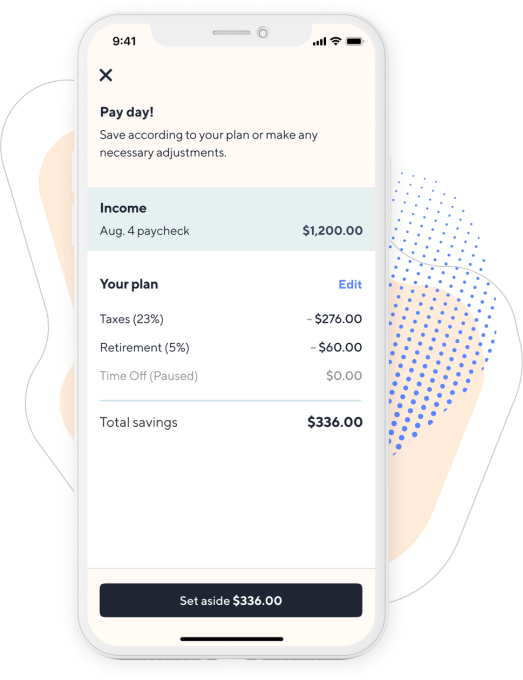 In 2019 it plans to add Catch-branded student loan refinancing, vision and dental enrollment plus payments via existing providers, life insurance through a partner such as Ladder or Ethos and full health insurance enrollment plus subsidies and premium payments via existing insurance companies like Blue Shield and Oscar. And in 2020 it’s hoping to build out its own blended retirement savings solution and income-smoothing tools.

If any of this sounds boring, that’s kind of the point. Instead of sorting through this mind-numbing stuff unassisted, Catch holds your hand. Its benefits Guide is available on the web today and it’s beta testing iOS and Android apps that will launch soon. Catch is focused on direct-to-consumer sales because “We’ve seen too many startups waste time on channels/partnerships before they know people truly want their product and get lost along the way,” Tyrrell writes. Eventually it wants to set up integrations directly into where users get paid.

Catch’s biggest competition is people haphazardly managing benefits with Excel spreadsheets and a mishmash of healthcare.gov and solutions for specific programs. Twenty-one percent of Americans have saved $0 for retirement, which you could see as either a challenge to scaling Catch or a massive greenfield opportunity. Track.tax, one of its direct competitors, charges a subscription price that has driven users to Catch. And automated advisors like Betterment and Wealthfront accounts don’t work so well for gig workers with lots of income volatility.

So do the founders think the gig economy, with its suppression of benefits, helps or hinders our species? “We believe the story is complex, but overall, the existing state of the gig economy is hurting society. Without better systems to provide support for freelance/contract workers, we are making people more precarious and less likely to succeed financially.” 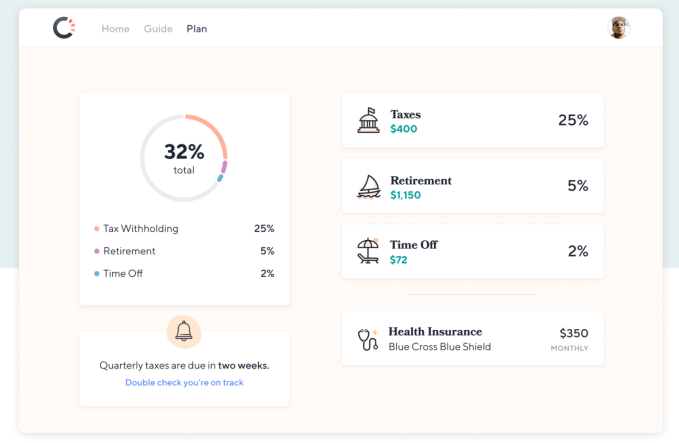 When I ask what keeps the founders up at night, Tyrrell admits “The safety net is not built for individuals. It’s built to be distributed through HR departments and employers. We are very worried that the products we offer aren’t on equal footing with group/company products.” For example, there’s a $6,000/year IRA limit for individuals while the corporate equivalent 401k limit is $19,000, and health insurance is much cheaper for groups than individuals.

Hopefully the fact that there are three lead investors and so many more in the round won’t mean that none feel truly accountable to oversee the company. With 80 million Americans lacking employer-sponsored benefits and 27 million without health insurance and median job tenure down to 2.8 years for people ages 25 to 34 leading to more gaps between jobs, our workforce is vulnerable. Catch can’t operate like a traditional software startup with leniency for screw-ups. If it can move cautiously and fix things, it could earn labor’s trust and become a fundamental piece of the welfare stack.